For those of us who can remember a time not so long ago when respect for religion was a given in American society, it may be surprising and even disturbing to consider that the character of our society has so changed that religion is now on the defensive. But this is the reality that Elder Rasband is addressing [in this month’s Ensign]: “In today’s society it is politically correct to empathize with Ethan’s [gay] situation but less so with Samanth 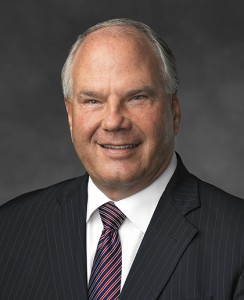 a’s [Mormon]. …   Our society has become so blinded by its quest to redress wrongful discrimination against one class of people that it is now in danger of creating another victimized class: people of faith, like you and me.”

Our society’s obsession with anti-discrimination where certain aggrieved groups are concerned has very far-reaching implications beyond those groups because, as Elder Rasband very significantly notes, “laws and legislation play an important teaching role in shaping social and moral culture.” It is especially because of the fundamental role of laws in shaping social and moral culture that “we need every individual in society to take an active role in engaging in civic dialogue that helps frame laws and legislation that are fair for everyone.” Our pursuit of fairness takes place within a “social and moral culture” that is always being re-shaped, and it is only fair that we participate in the legal and political process that ultimately defines “fairness.”

To be a part of this very important process of defining our common culture, we must be respectful of others’ ideas and sensitive to what seems fair to them.

Because new definitions of “fairness” have put religion on the defensive, Elder Rasband counsels us to be alert to how we are perceived by others. Part of fairness is being sensitive regarding fundamental differences in order not only to be fair but to appear fair to those with whom we disagree. Elder Rasband acknowledges our worry that, in defending religious principles and religious freedom, we “will appear intolerant or unsupportive,” and he counsels us to keep our cool in discussions, lest “we … appear unchristian to our family, friends, neighbors, and acquaintances.”

September 15, 2016 The Kaepernick "Conversation"
Recent Comments
0 | Leave a Comment
"It's unclear why you're referring to this opinion piece -- to point out how right ..."
CDorsey Vulgar Elitism & Empty Populism
""Cut off from sobering reality, idealism is exciting. It is also destructive, and finally murderous." ..."
Andrew Marchant-Shapiro 200 Years of Karl Marx
"I don't know why we feel the need to keep beating this dead equine, especially ..."
Bravo Sierra 200 Years of Karl Marx
"And yet the United Order seemed like a revelation?"
Morm on 200 Years of Karl Marx
Browse Our Archives
get the latest from
Latter-day Saint
Sign up for our newsletter
Related posts from The Soul and the City