Seeking What is Good, Seeking Christ 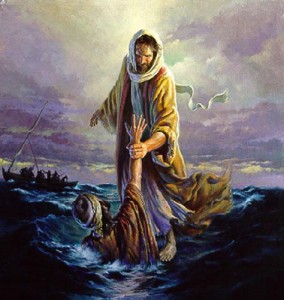 I had the privilege of visiting a friend as a home teacher today, along with my 15-year-old companion, the President of our wards Teachers Quorum. This was my opportunity to this month’s beautiful – and, if I may say, elegantly composed, as usual, by Pres. Uchtdorf:

First the shepherds: “They could represent people who, at one time, may not have been actively seeking the Christ, but their hearts changed when the heavens opened and Christ was proclaimed to them.”

Second, the Wise Men: “The Wise Men could represent those who seek the Christ through learning and academic study. Their devotion to truth eventually leads them to find the Christ and worship Him as the King of kings, the Savior of mankind.”

Third, Simeon and Anna: “Simeon and Anna could represent those who seek Christ through the Spirit. These marvelous souls were devoutly religious and, through fasting and prayer and by leading lives of devotion and obedience, waited eagerly to see the day of the coming of the Son of God.”

I might summarize the first three groupings of believers as the moral, the intellectual, and the properly religious paths to Christ. Of course these categories are not mutually exclusive; all are finally religious, or join up with the explicitly religious life as a quest for life with the Savior, as the Savior’s friend, in the Savior’s love. But the three ways point up the features of our ordinary, mortal existence, that are inherently oriented towards Christ.

The moral life honors our natural awareness of being obliged to live for some higher purpose and according to a rule not of our own making; it reflects conscience and what Christian philosophers have called “natural law,” following Paul’s hint to the Romans concerning a law we have in ourselves.

The academic life, most fully accomplished in the philosopher’s quest for an eternal, intelligible, truth, reflects (all too dimly for the most part, admittedly), the insight that the Glory of God is

Intelligence, or Light and Truth. Conscious, articulate awareness of goodness or godliness is inherent in Godhead.

The religious life complements our moral and philosophical natures by reminding us of goods beyond our natural capacities and natural knowledge. Grace perfects nature, as Thomas Aquinas said.

The fourth example of seekers is ever relevant, and never more urgent than today, when the denigration of Christian seeking enjoys cultural and intellectual prestige, and when the natural bases of Christ’s goodness in (1) morality and (2) the intrinsic dignity of the life of the mind (which depends on teleology, or a belief in the ultimate harmony between morality and the order of the intellect) is disparaged most subtly by those who claim the mantle of Christian Grace and Love.

But more on this another time.

Merry Christmas! And may we all seek what is virtuous, lovely, of good report and praiseworthy – all paths to seeking Christ. 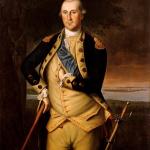 December 20, 2017
The Greatest Day in American History?
Next Post

December 27, 2017 Feminism and Modern Sexuality: A Response to Savannah Johnston
Recent Comments
0 | Leave a Comment
"It's unclear why you're referring to this opinion piece -- to point out how right ..."
CDorsey Vulgar Elitism & Empty Populism
""Cut off from sobering reality, idealism is exciting. It is also destructive, and finally murderous." ..."
Andrew Marchant-Shapiro 200 Years of Karl Marx
"I don't know why we feel the need to keep beating this dead equine, especially ..."
Bravo Sierra 200 Years of Karl Marx
"And yet the United Order seemed like a revelation?"
Morm on 200 Years of Karl Marx
Browse Our Archives
get the latest from
Latter-day Saint
Sign up for our newsletter
Related posts from The Soul and the City