Feminism and Modern Sexuality: A Response to Savannah Johnston

Savannah has raised some deep and important questions regarding my very imperfect attempt to size up the current state of the question of sex in our society in 700 words. I do not have all the answers, but I do have some questions for Savannah that I hope may lead to further reflection and understanding.

First, a little “methodological” preface: these matters are very challenging to discuss, for many reasons. One reason is that we must shuttle back and forth between an ideal “celestial” understanding of the man-woman thing and the less edifying facts of our actual human condition. Things would be simpler if we could just separate the ideal from the real, but our very conception of the ideal is bound up with its imperfect traces in the reality we inhabit. We cannot even guess what eternal gender might mean without drawing from experience shaped by the construction of gender from natural givens in our actual society and its history.

As we struggle to clarify the “moral analogy” (Tocqueville) between the telestial and the celestial realms, we would do well to keep in mind Pres. Eyring’s remark about marital equality and the Holy Ghost:

It is only with the companionship of the Holy Ghost that we can hope to be equally yoked in a marriage free from discord. I have seen how that companionship is crucial for felicity in a marriage. The miracle of becoming one requires the help of heaven, and it takes time. Our goal is to live together forever in the presence of Heavenly Father and our Savior. (“To My Grandchildren,” October 2013)

Now, then, my questions for Savannah (following her numbered paragraphs):

1. We agree that men have exercised power over women, and that they have abused it.

Have women had power over men, and have they abused it? Do women have some powers over men today? Do they abuse their powers?

Why, throughout history, have men had power over women? Is this a mere accident, the result of a fabulous conspiracy at the dawn of civilization, for example? Or does it arise from some facts of nature?

If male dominance has arisen from certain facts of nature, how do you propose to undo these facts, to overcome nature?

How do you understand the relation of “chivalrous” conceptions of “gentlemanly” behavior to male dominance? Do these conceptions merely mask, or even aggravate, the injustice of male power? Or do they soften and civilize it?

Is there a risk that nature, despite our attempts to overcome it and replace it with some idea of “equality,” will reassert itself in still less desirable ways?

How can “equality” be distinguished from “sameness”? Stipulate any difference between male and female natures and their corresponding public and private roles. You have already suggested that men and women ought not to be considered the same “socially.” So go ahead, stipulate a way in which the sexes are not the same. How can you answer the charge that one of these roles is privileged, unequal, with respect to the other?

2. How do you know that women are better protected by feminism and by a new legal regime than they were by Christian morality and a gentleman’s honor? (It goes without saying that they are very imperfectly protected in any case.) You have lived in Provo and studied at BYU, where a strong, traditional code of sexual morality is probably as strong as anywhere (though never perfectly observed, of course). Do you think women are more at risk, more put upon, more harassed, more inconvenienced and assaulted sexually in the BYU environment than, say… in the most progressive social circles in New York, Washington, or… Hollywood?

3. I did not say “inequality” is “necessary or fundamental to moral principles and social customs that frame sexual relations between men and women.” I said “moral principles and social custom can and must frame and restrain this process [of sexual relations], which will almost always involve some kind of inequality or “asymmetry”; sheer “consent” alone will never be able to capture it.”

So, Savannah, do you think all inequalities relevant to sexual attraction, negotiation, consent, etc. can be eliminated, so that the whole business can be reduced to some ideal of free, equal, unconstrained, symmetrical “consent”? Shall we first make all men equally rich and powerful, and all women equally beautiful (just to start with), and then turn everyone lose to exchange benefits (sexual and other) freely, by pure, equal “consent” – carefully monitored, of course, by those enforcers and regulators who will have to be considered more equal than others? 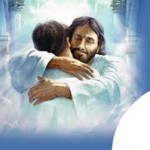 December 22, 2017
Seeking What is Good, Seeking Christ
Next Post

January 3, 2018 Seek Not For Power But To Pull It Down
Recent Comments
0 | Leave a Comment
Browse Our Archives
get the latest from
Latter-day Saint
Sign up for our newsletter
Related posts from The Soul and the City

Latter-day Saint
Exploring the limits of nurture, nature, and feminism
The Soul and the City

Latter-day Saint
Modern Sexuality and Feminism: A Response to Ralph...
The Soul and the City

Latter-day Saint
Fifty Shades of Dark. And One Shade of...
The Soul and the City