Violets are the inspirational visionaries, leaders, and teachers who are here to help save or improve the planet. Most Violets feel drawn to educate the masses, to inspire higher ideals, to improve life here, or to help save people, animals, or the environment. Violets have a sense that they are here to do something important, that their destiny is greater than that of the average person. Most have felt this way since childhood. Many of these charismatic personalities take on roles as leaders, politicians, therapists, or teachers; others prefer to reach people through performing, music, film, writing, or other art forms.

When Violets are in power (positive qualities), they are compassionate, inspirational and humanitarian. They trust their inner visions and are focused on accomplishing their dreams and high ideals. They teach and inspire by example.

When Violets are out of power, they lose faith in themselves and their life purpose causing them to become scattered and confused. This often leads to depression. Violets can also become narcissistic, arrogant, and judgmental, thinking that they are better than everyone else. They can become impatient and critical of other people’s apparent lack of vision.

Violets desire partners who are inspirational equals who will soar with them and support their grand idealistic plans. Violets need passion and honest communication, and partners who are willing to travel.

These gentle, childlike personalities are highly sensitive and unusually creative. The Lavenders’ innate ability to use their fantasy-oriented imagination makes them extraordinarily unique. Lavenders are simple free spirits who have a hard time following rules or fitting into society’s systems. They live by their feelings and intuition, rather than by their intellect. They want to be free to move in whatever direction feels right at the time, and their directions change as often as the clouds do. Using common sense, logic, and reason is not easy for these quiet and gifted spirits.

In power (positive qualities), Lavenders can be very entertaining and enlightening. Through their visual arts and imaginative styles, they can take people beyond this realm into other worlds filled with possibilities. Lavenders have the ability to transform their imaginings into works of art, as long as they stay focused and grounded in their bodies.

Out of power, Lavenders can feel lost and confused. They are typically unrealistic, irresponsible, and spacey. They like to dream and fantasize, but don’t usually follow through with their ideas. They would rather spend time daydreaming or watching clouds float by. They prefer to escape this reality with all its harsh demands and responsibilities.

Lavenders need to be with people who can see the potential in their creativity and lofty ideas; people who are capable of formulating plans and taking action to help them bring their ideas to market. Lavenders need very loving and patient partners. If treated with gentleness and kindness, Lavenders are gracious and dedicated mates. Partners can ultimately find the Lavenders’ innocence and creative imaginations endearing and lovable.

Lewis Carroll (Alice in Wonderland) and C.S. Lewis (Chronicles of Narnia) both had Lavender as one of their auras.

October 29, 2012 Crystal and Indigo Aura Color Personalities
Recent Comments
0 | Leave a Comment
Browse Our Archives
get the latest from
Spirituality and Consciousness
Sign up for our newsletter
POPULAR AT PATHEOS New Visions
1 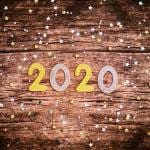 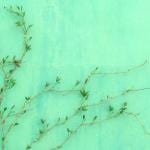 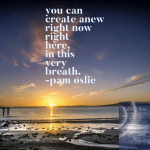 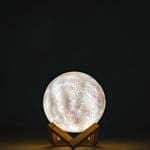