Last night was thrilling for Scientology watchers with the first broadcast screening of Alex Gibney’s documentary Going Clear: Scientology and the Prison of Belief on HBO. I’ve long been a fan of Tony Ortega’s blog The Underground Bunker and have read many accounts by ex-members. The documentary did not disappoint, it was a great opportunity to listen to the stories first hand and hear the emotion behind them.

The documentary is based on Lawrence Wright’s book Going Clear: Scientology, Hollywood, and the Prison of Belief. Wright was interviewed on camera and touched on the early connection between Scientology founder L. Ron Hubbard and Jack Parsons. Wright mentioned Parsons’ career as a rocket scientist, then added, “but he was also the head honcho in this black magic cult.” Parsons, he said, was looking for a goddess-like figure he could impregnate with the anti-Christ. This characterization has been picked up by Huffington Post ( “Hubbard spent time in a black magic cult”) and I am sure will continue to spread.

The group he is talking about is my fraternity, Ordo Templi Orientis. Some of us now have to go to work facing people who want to know what the heck we’re involved with anyway. I’m going to set aside the “black magic cult” characterization and come back to it later. First I want to detail what happened between Parsons and Hubbard. The story has been recounted by Aleister Crowley’s biographer Richard Kaczynski, Jack Parsons’ biographer John Carter, and in Hugh Urban’s study of Scientology. It’s a juicy Hollywood story involving sex, magick, love and betrayal.

Hubbard drifted into Parsons’ life in 1945. At that time Aleister Crowley was still alive and was the “head honcho” of the order. Parsons led Agape Lodge in Los Angeles, the only lodge continuing to function during the second world war.

Hubbard, Parsons, and Parsons’ sex magick partner Sara (Betty) Northrup founded a company together, buying yachts on the east coast and sailing them to the West Coast where they could be sold at a profit. When Northrup transferred her affections to Hubbard, Parsons engaged in a magical invocation designed to attract an “elemental” to be his sex magick partner. Parsons felt the working had succeeded when he met the actress Marjorie Cameron; he wrote triumphantly to Crowley, “I have my elemental!”

This working was part of Parsons’ Babalon Working, a series of invocations conducted both at Parsons’ Pasadena mansion and in the Mojave desert. Still a trusted friend, Hubbard joined Parsons for some of these invocations. Parsons described him as Scribe and magician and also noted when the Scribe had visions of his own. Aside from the appearance of Marjorie Cameron, the result of this working was the Book of Babalon. 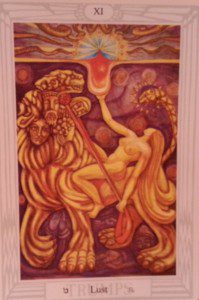 Babalon is a complex figure, appearing among other places in Crowley’s scrying of the Aethyrs recorded in The Vision and the Voice. She is inspired by the Babylon of the biblical book of Revelations; Crowley identified himself as the Beast upon whom Babalon rides. In Thelemic theology Babalon’s consort is Chaos, and she herself is the earth and the mother of all men. The card “Lust” from the Thoth deck depicts her. For Parsons, Babalon among other things was the Gnostic Sophia.

Parsons and Cameron did become lovers. The end result of the working was to be a physical incarnation of Babalon, although what form that incarnation was to take is not clear. Carter notes that Cameron had an abortion with Parsons’ approval, so it is not certain he intended to father that incarnation. He may have been looking for another adult woman to fill that role, as Cameron had responded to his call for an “elemental”. Crowley himself was uncertain what Parsons was proposing and was unimpressed with the workings. He wrote to Karl Germer, “Apparently he, or Hubbard, or somebody is producing a Moonchild. I get fairly frantic when I contemplate the idiocy of these louts” (some versions quoting this letter give “goats” instead of “louts”).

Although the imagery of Babalon owes something to the imagery of Revelations, whatever it was that Parsons was doing, he wasn’t working to impregnate a woman with the anti-Christ.

Hubbard’s involvement with the O.T.O. ended when he and Northrup left California together. Parsons chased them to a Miami port where they were attempting to sail away with the profits of their joint business. Parsons called out an “invocation to Bartzabel” and the ship was forced to return to port. Aleister Crowley summed up the episode: “from our brother’s account, he has given away both his girl and his money, apparently it is an ordinary confidence trick.”

Urban reports that Scientology puts its own spin on the story, claiming that Hubbard infiltrated Agape Lodge to investigate “black magic” rites, rescued the girl, and broke up the group! In fact Agape Lodge and Ordo Templi Orientis survived this escapade. Kaczynski reports that the affair contributed to Crowley’s decision to issue Grady McMurtry the document authorizing him to take control of the Order in case of emergency. It was this document which would permit McMurtry to reboot the O.T.O. after Crowley’s death. So rather than breaking up the Order, Hubbard indirectly contributed to its continuation.

That’s the summary of Hubbard’s involvement with the O.T.O. Next we’ll discuss what he learned from it, and explore the idea of a “black magic cult”.

Urban, Hugh (2011). The Church of Scientology: A History of a New Religion. Princeton: Princeton University Press. 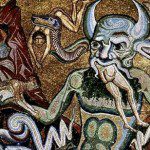 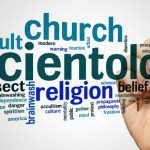 March 31, 2015 L. Ron Hubbard the Magickian?
Recent Comments
0 | Leave a Comment
Browse Our Archives
get the latest from
Pagan
Sign up for our newsletter
POPULAR AT PATHEOS Pagan
1 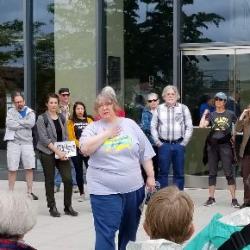 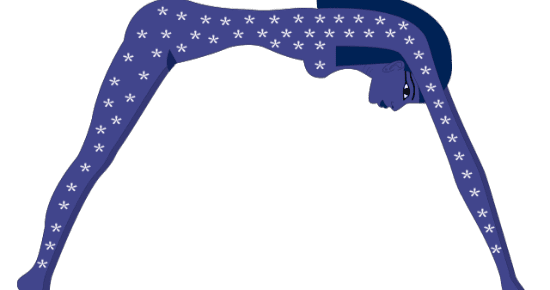