Hell in the Fondue Pot and Other Oddities

Hell in the Fondue Pot and Other Oddities June 29, 2016 Mary Pezzulo 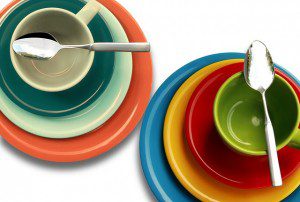 I got to talking with my friends online about all the things I used to believe, growing up with Charismatic Catholics. It turns out that you don’t have to inwardly pray a Hail Mary every time you touch someone. I’d been told that demonic oppression causing mental affliction can pass from an afflicted person to a clean person through physical contact, but a Hail Mary repels it. It turns out that you don’t need to have a crucifix or a statue of Mary in every room, to keep the devil out of that room. When we were children, we wondered if the toilet kept backing up because the bathroom was the only room without a crucifix in it to keep the devil away.  It’s not true that you can prevent hereditary physical and mental illnesses by praying prayers to heal your family tree of demons either. The Catholic Church doesn’t teach any of those things, and she also doesn’t teach that illnesses and spates of bad luck are the result of forgetting to perform the correct acts and therefore coming down with a demon or two. I wish someone had told me when I was a terrified preteen.

The story about the plate is probably false, as well. A Charismatic lady told me about a friend who knew someone who had a priest at her house for a prayer session. The priest was praying, and he got a bad feeling. He walked to her kitchen, praying all the time. He opened one cupboard on a hunch. Sure enough, as soon as he opened that cupboard, a single plate disengaged itself from the center of the stack. It levitated on its own power, before the priest’s face in front of several witnesses, before it shattered to the ground. It was explained to me that this phenomenon occurred because “the plate must have been used for a Satanic ritual.”

I mentioned these things to my friends, and we had the following dialogue:

Friend One: Yes, clearly. Must have been. That’s the ONLY possible explanation. Totally not possible that SOMEONE WAS MAKING THAT UP.

Me: I honestly wonder if the Franciscan Sisters exorcise their donated crockery before they resell it at the little thrift shop downtown.

Friend Two: Why would a demon want to possess a plate?

Friend Two: Clearly. I have shaken hands with a lot of people. I have to go clean up some pea soup stains now.

Me: But just think, you could have pea soup whenever you wanted. Just threaten to sprinkle holy water on your plate, and it’ll belch it at you.

Friend Two:  I was thinking that possessing a plate is part of the training process. It’s a step up from a gravy boat.

Me: The next step is a turkey platter. Then, at Thanksgiving, the turkey runs off the table and throws a priest out the window.

Friend Three: Does the volume of the dish matter? I thought demons were incorporeal.

Friend Two: If it possesses a coffee mug, it can make the drink suddenly really cold. Then it cackles when the priest spits out the cold coffee he thought was hot. Very evil.

Me: God help you if your silverware becomes infected. At that point we have to exorcise the whole kitchen and half the time it still doesn’t work.

Friend Two: Possessed can openers are the worst.

Me: I was so embarrassed when I had company over for a fondue party, and suddenly a portal to hell opened on the surface of the fondue. Always simmer some holy water in your fondue pots after purchase, in case they were used in a Satanic ritual at the factory.

Friend Four: Okay, so this all explains the movie Beauty and Beast, right? Like all the silverware and dishes could move and sing because *demons*? Those villagers really never had a chance.

How do Christian people, people who claim to love the Holy Ghost so much, get obsessed with this kind of thing? Demons are boring.  Why waste all this time? Why do otherwise sane people, people who would never believe in The Hook Man or a Kentucky-fried rat, fall for nonsense stories like a possessed, levitating plate? Where is the justification in Scripture or Sacred Tradition? Yes, both affirm the existence of demons, but they never go into obsessive superstitious detail like this. Who are these weirdos anyway?

The weirdos are us. Most of us fall into a similar superstition, at one point or another. We want to believe that we are gods. We want to believe that we are in control. We’d all love it if our problems could be blamed on a demon, which could be easily expelled by a crucifix or a Hail Mary, and then we could get just what we wanted. How horrible to live in a world where evil happens.

How horrible to confess that God will establish perfect justice in the end, but in the meanwhile, evil will befall us. So much easier to blame demons, and people who forget to exorcise their plates. . How dreadful, if there simply wasn’t a way to bring about the miracle we wanted.  Easier to think that we just haven’t resisted the devil hard enough.

People with a demon fixation believe you can stop bad things by exorcising plates. But I think we all fall into the trap of believing we can control our own destiny and keep bad fortune away through good works. I see it a lot in smug middle-class Catholics who think every poor person is foolish with money. If only they were good with money, this wouldn’t have happened to them. I see it in people who think that with clean eating and essential oils, you can prevent and cure cancer. Clearly people with cancer must not have eaten or anointed themselves enough. Clearly, women suffering infertility aren’t diligent at Natural Family Planning; it can’t be that Natural Family Planning doesn’t solve all fertility problems.  Clearly, people whose children grow up to commit crimes didn’t homeschool. We’d like to have an answer to why things happen, so that they won’t happen to us.

The truth is, anything can happen. Sometimes it happens to you. Sometimes, all the prevention in the world is not enough. I can’t say which demon will be in your fondue pot, but at some point something terrible will befall you, and you won’t be able to stop it. No one is exempt from the Cross. Jesus and Mary were perfect people who never did anything wrong, and they suffered more than anyone else. The angel Gabriel said the original Hail Mary to Our Lady, and the sword still pierced her heart seven times. Christ drove out demons with a word, and Christ still ended up descending into Hell.

This is a hard saying, and who can accept it? Wouldn’t it be nicer to believe that you were in control?

Then again, Hell couldn’t keep Christ captive; Christ triumphed, and will never die again. Mary was assumed into Heaven; she beheld the One her Heart loved, and now her joy is eternal. So will ours be, if we wish it. Christ offers that to us free of charge, if only we’ll stop blessing the dishes and listen to Him.

Maybe things are better the way they are, after all. 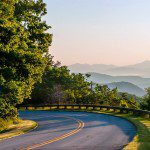 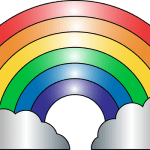 June 30, 2016 Everyone Already Knows
Recent Comments
0 | Leave a Comment
Browse Our Archives
get the latest from
Steel Magnificat
Sign up for our newsletter
POPULAR AT PATHEOS Catholic
1