The Strange Case of John the Baptist

Blessed be the Lord, the God of Israel! He has come to his people and set them free!

How does God set people free?

This is how the birth of Jesus came about: in a good-for-nothing town, among a people counted as worthless and conquered by the Roman empire, God created an immaculate woman free from sin.  She didn’t have any outward markings so anyone would know she was an immaculate woman free from sin, mind you; she looked like a normal person. She wasn’t born to the Romans, but to the locals who had no power. She was betrothed to marry a manual laborer. And then, with her consent, God came to dwell in her, so that to anyone paying attention she’d look like she committed adultery. Her betrothed almost divorced her, but thought better of it after a prophetic dream. The happy couple was forced to go to Bethlehem when she was full term and about to give birth any minute; then, she gave birth among pack animals in a cave. And all the Heavens rejoiced, and all the world is saved, and we will forever sing, blessed be Jesus Christ, true God and true Man, blessed be the Great Mother of God, Mary Most Holy, Blessed Be Saint Joseph, her most chaste spouse.

That’s how God prefers to get things done.

The nativity of John the Baptist, which we celebrate today, came about even more strangely, in my opinion, because John’s parents were of a social class where people noticed them. He was born to a priest named Zechariah, whose wife, Elizabeth, was descended of Aaron. These are the very best people, the people God designated to be priests thousands of years ago. And they lived up to their status; the Gospel says they were righteous before God, observing all the Lord’s commands and decrees blamelessly. Not only socially correct, but genuinely good people. Honorable people.

But these people bore a curse. They bore it in a way the neighbors couldn’t help but notice. Elizabeth was barren. That’s a terrible cross to bear even today, but it was especially bad for a Jew in Biblical times. It was viewed as a curse from God, as a punishment for sin. Good people were blessed with many children, many sons to carry on the family name so that the parents would be remembered for generations to come. Everyone knew that. All the right people had a huge gaggle of children. Childless couples were despised for the curse they bore. God must be punishing them.

I am certain the neighbors gossiped about Elizabeth and Zechariah. I’m sure they speculated about what this couple’s sin could be, when they seemed so righteous. There they were, in the public eye, a priest and his wife, childless. What a disgrace. And this went on for decades, until they were both well advanced in age.

Disabled people don’t have it easy today, not by a long shot, but it was something worse in Palestine at the time of the birth of Christ. In those days, people who could not speak or walk or hear or see were also considered to be accursed, the same as childless people. Conventional wisdom held that they were being punished by God. They didn’t get called “special,” and there were no laws accommodating them. They were outcasts.

Imagine the scene when Zechariah, who already bore a curse, came out of the temple unable to speak. Imagine what people said behind his back. He must have been grateful when his time of service was over. He went home, and found that what the angel said was true: Elizabeth was pregnant. The two were visited by an unwed mother from that backwater town of Nazareth– more fodder for the neighbors’ gossip. And then a son was born to them, to take away their disgrace. But Zechariah still couldn’t speak. That would have been too easy.

Now, imagine the scene at the temple. 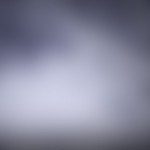 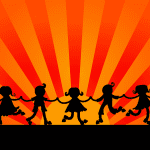 June 25, 2016 Actually I'm Pretty Sure We All CAN Just Get Along
Recent Comments
0 | Leave a Comment
Browse Our Archives
Follow Us!