How To Make Political Conventions Worth Watching, Or Do Something Else…

How To Make Political Conventions Worth Watching, Or Do Something Else… July 25, 2016 Mary Pezzulo 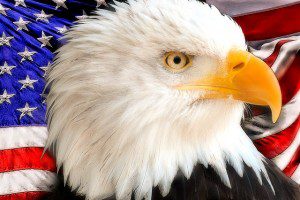 I take politics very seriously. I study the candidates’ positions, I pray for prudence, I vote and I encourage my readers to do likewise. Form your conscience and then vote your conscience, as I said the other day. If you can’t stomach checking a box on the presidential ballot, there’s always congress. Research, reason, fast and pray, and then go to the polls.

Now, that said, I do not take political conventions, debates or ads seriously, and you shouldn’t either. They are propaganda, commercials. As I’ve already mentioned on Steel Magnificat, I actually enjoy commercials. But I only enjoy them if they’re of good quality, and political commercials are usually awful. The Conventions are particularly awful. For all the millions and millions of dollars the political parties spend, they don’t seem to know how to hire someone to sell their product. It’s all boring speeches and idiotic sign-waving, bad music and uninspired visuals.

I have compiled my own list of ways in which the Democratic and Republican National Conventions could make themselves into entertaining television which would be worth your time and mine. I’m sure they’re on the edge of their seats for my suggestions.

1) Hire a professional decorator who knows what he’s doing.  Why is everything always awash in red, white and blue? Do you think we’ll forget which country we’re in? People that dense are going to look at the color scheme and assume they’re watching a bunch of Americans in Paris. People intelligent enough to know that the conventions are for United States politics are not going to forget that if you give them something less tacky to look at. It’s also not necessary, in my mind, to have the Republican stage in mostly red and the Democrat stage in mostly blue. We all know which political party is represented by red (ironically, the one that calls everything it dislikes communism) and which is blue (ironically, the one that tells us pink-and-blue gender divisions don’t matter).

This year, it seems, the Republicans went with a particularly tacky and bombastic mostly-red-but-some-white-and-blue decorating scheme; whereas as far as I can tell the Democrats have a bland, blase teal tiled look, like the walls of a hospital cafeteria.  They both stink. If you’ve got to limit yourself to the same three patriotic colors, at least do something tasteful with them. It’s been done. 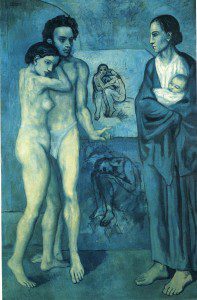 It can be done with one color, and a little talent. Picasso paintings are in the public domain; if you’re going to wallpaper your stage in one color, you could just do a bunch of these. I’m looking at you, Democrats. The Republicans could have gone with Matisse. Heck, with all the money these parties spend on conventions, they could have rented the paintings themselves for the week, set up a little gallery. Or just flown anyone who wanted to see the paintings to France, given them a generous museum-ticket stipend and forgotten about the convention. I’d vote for a a party who did that in a heartbeat.

2) Hire Actors to Deliver the Speeches. I mentioned I don’t take candidate debates seriously, but I’ve been known to pour myself a beverage and watch them from time to time, if my friends are online so we can all snark them line by line together on Facebook. And I quickly noticed that exactly zero politicians running for president this time around, are capable speakers. None. The Venn Diagram demonstrating the two groups of people “Competent speakers” and “2016 Presidential Candidates” would look like a butt– two plump ovals that do not overlap. Watching the debates I have learned that literal billions of dollars cannot buy the proper pronunciation of the word “huge.” I have learned that this:

is not a caricature but a spot-on impression of a particularly irritating accent that some grown men have. I have learned why some people describe all feminists as “shrill,” because Heaven help us, the feminist in question’s voice could peel wallpaper. 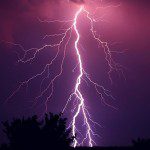 July 24, 2016
These Words on Terrorism and Religion Struck Me Deeply
Next Post 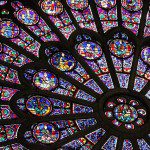 July 26, 2016 The One Who Lays Down His Life: A Word on Today's Martyrdom of Father Jacques Hamel
Recent Comments
0 | Leave a Comment
Browse Our Archives
get the latest from
Steel Magnificat
Sign up for our newsletter
POPULAR AT PATHEOS Catholic
1