When a Blessing Becomes an Idol 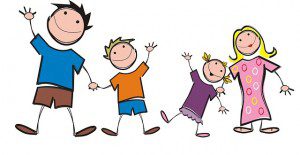 I was talking with my new friend just the other day… She and I hit it off right away, because we’re Catholic mothers of relatively small families. I’ve mentioned only have one daughter so far; by God’s grace I hope to have more someday.

My friend has four beautiful daughters. In the eyes of the world, four children is a whole lot of children, but in some Catholic circles that counts as a small family, and she’d been judged for not having enough children. It almost killed her to get that family, those four beautiful daughters; she had severe, life-threatening complications with her pregnancies. The babies were in the NICU, she was in the ICU after birth, for months during her pregnancies she needed IV medicine and bed rest. She was, understandably, badly traumatized by her childbirths. In most people’s eyes, that would count as a whole lot of extraordinary, heroic sacrifice for a whole lot of children. But her Catholic social circle didn’t see it that way.

Catholics in her circle kept casually saying “when you get pregnant again,” and recommending a midwife or folk remedies. When they realized she wasn’t planning on trying to get pregnant again, they were furious with her. She was lectured to her face and eventually shunned; she goes to a different Catholic church now.

I haven’t had experiences nearly as bad as hers, but I’ve had my share, so she and I were talking. We joked about the thousand-yard stare and about how horrible it feels to be in a room full of women discussing their happy birth stories when your birth was a horrendous, PTSD-inducing nightmare. We groused about natural family planning (which I do practice). I explained that in my area, there is sometimes a rivalry between families who believe it’s required by the Catholic Church to track your mucus obsessively and space your children an exact number of months apart, and the families who believe it’s a sin to use NFP for anything other than taking advantage of fertility to have the maximum number of pregnancies. Just for the record, and I know I’m going to get in trouble for saying this, neither one of those options is required by Catholicism, though either one or neither might be a good one for your individual family.

My friend said ” I’d imagine they still do the ‘children as Star Trek collar rank pips’ game though. I finally made Captain, but I got assigned to a garbage scow.”

It was actually a more common game in the homeschool group where I grew up, than I’ve noticed around here. Mothers with larger numbers of children were often presumed to be holier. The more children, the holier and more selfless the mother. Some ladies had an excuse– there was a pillar of the community who had only two children, but she had a severe hyperthyroid condition that caused miscarriages, so everyone knew she’d tried. Still, I saw the strangest obeisances paid to women with large numbers of children. Not every time, but often enough that I came to expect it.

“How many children do you have?” an older church lady would ask.

“Oh,” the church lady would say, backing up a little and inclining her head. “God bless you.”

Not “that’s wonderful,” which a large number of offspring definitely is, but “God bless you” in a reverent, almost worshipful tone, as if recognizing that the mother had special merit for having been able to have eight children. As if having a lot of children was a sign of holiness.

And, unless someone knew their excuse, having a small family was often seen as a sign of selfishness or unfaithfulness to the Church. My mother once critiqued a drawing I had made of a generic father, mother, sister, brother and baby: “That’s not a Catholic homeschooling family. They don’t have enough kids.”

I have known a lot of families with large numbers of children. Some of them are the best people imaginable.When I lived in the crazy apartment in the worst part of town, I knew a family with ten children (they have eleven now) and I’m pretty sure the whole lot of them are saints. They’d been struck by a sudden misfortune and  found themselves poorer than church mice; they camped out in their three-bedroom barely habitable rental house without utilities half the time, with hardly any furniture, growing most of their meager diet in the neighbors’ vacant lot. Every one of them looked pale and malnourished. But they were always joyful, always praying and signing hymns; they always insisted on giving me a bag of home-grown tomatoes to take back to the apartment with me even though they were poorer than I. When they didn’t have anything to give, they got in a circle and prayed over me. They never let me leave empty-handed, even if all they had were their prayers. I was so happy when I found out they’d gotten a new place to move to and had their material needs met; they deserved a miracle. They’re wonderful.

My daughter’s godfather is also from a huge family– he’s the second oldest of ten. He’s the most generous person I know, and I’m sure he gets a lot of that from his parents, his upbringing in a huge family. I also have a cousin who comes from a family of eight children. Right now he has three daughters of his own, one of whom is severely disabled. The way he cares for her is admirable, and I know he learned some of that selfless love from being in a big family. Large families can be a wonderful thing; they can be a place to learn generosity and self-sacrifice, tolerance of others and reverence for children.

And then there are the times when large families are not holy. 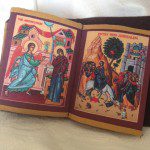 July 14, 2016
Things I Learned On The Internet Lately
Next Post 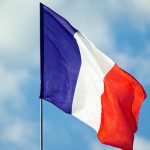 Closing Houses of Worship During a...
A Little Bit of Nothing
Related posts from Steel Magnificat