Against The Normalcy of Catholic Culture

Against The Normalcy of Catholic Culture August 20, 2016 Mary Pezzulo 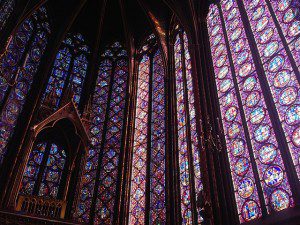 This post is a part of the Patheos Catholic Channel series, “Catholicity: Identity and Its Discontents.” Steel Magnificat both cordially invites and heartily encourages our readers to read more here.

In my neck of the woods, there are a great many Catholics. You can always tell them because their houses are nicer than the others, and they have religious statuary on their porches. They usually drive vans with Rosaries dangling from the rear-view mirror.  They fret about poor people on welfare. They all vote a certain way. About nine-tenths of them are white, and they are or pretend to be Middle Class or above. They pray to Saint Anthony to find their lost keys, or to Saint Therese to send them affirmations in the form of roses. In my neck of the woods, you could easily be mistaken about what Catholic culture is. You could come to believe that being a Catholic has something to do with being white, or driving a van, or praying to Saint Therese to send you a rose.

You could easily forget what it really means to be a Catholic.

The word “Catholic” means “universal” for many reasons; one of them is that we embrace all people. We are not the religion of the elite; we are for all who come to us. We are not the religion of white men, or of aristocrats, or of able-bodied people. We are the Faith that embraces all. The Lord desires that all be saved, not by losing their unique identity but by realizing that identity fully as a member of the Body of Christ. Of course, then, it follows that we are diverse. Of course, paintings of Christ from Western Europe portray Him as a white man; of course, Our Lady looks Chinese or Mexican in Chinese or Mexican art. Of course some canonized saints were possessed of boundless energy, and some were always weak and ill. Of course, some saints were radical pacifists and some were soldiers. Some found Christ by secluding themselves in monasteries and some found Christ by going out into the world. So they still do to this day. Some Catholics are even white middle-class van-drivers from the Ohio Valley. Catholicism embraces all.

And that’s why, strictly speaking, there’s not really any such thing as a Catholic culture.

Culture shapes who we are. No one is exclusively a product of his or her culture, but no one is not a product of his or her culture either. Humans were created to be in community; every human exists as his or her individual self, but also as part of a community and a culture. God wanted this. He did it on purpose. He knew from the beginning that it was not good for Man to be alone; that part of our identity will always be found in our culture. Your culture is part of who you are. If you are a Catholic, the culture you find yourself in is your own Catholic culture. But God help you if you suppose that, because you are a Catholic who belongs to a certain culture, that that culture is the only true representative of Catholicism.

There have been, in history, many examples of people attempting to force their culture on others in the name of Christ– people who may have sincerely believed that they were preaching Christ, when in fact they were preaching themselves. They believed that Christ was smaller than they were; that the things which they understood as normal were the things that Christ understood as normal, and that everything they found threatening, Christ had pronounced sinful. Thankfully, many people now realize that this is wrong. But I think they don’t often realize how wrong it is. I don’t think they realize it’s idolatry. It’s idolatry to say “Catholic culture” when you actually mean “1950s white suburbia.” It’s idolatry to say “Catholic” when you mean “Medieval European or something that looks like it might be.” It’s idolatry to value Gothic or Baroque architecture so highly that you forget to pay homage to God in a little adobe or white clapboard church.

It’s idolatry to assume that you, yourself, are Christ’s standard. If you find time for Daily Mass and two Holy Hours a week, that’s wonderful. But that doesn’t mean that every member of the body of Christ can reasonably go to Daily Mass and two Holy Hours a week. And if you presume you’re doing it right and they’re just being lazy, you’re placing yourself in the tabernacle as the norm for Catholic culture. You’re making yourself an idol. If you take great comfort in the Rosary, that’s great. Don’t ever look down on someone who dislikes the Rosary but prays the Small Paraklesis instead. Neither is more Catholic than the other. If you pray to Saint Therese, or have enough children to fill a van, that’s good. Thank God for the blessings he’s given you. Never imagine that you’re more Catholic than the childless person who prays to Saint Macrina instead.

Catholicism as Christ intended embraces all. Catholics as individuals need to embrace all as well. Never mistake yourself or your culture for what Catholicism is supposed to be. Only Christ can provide that model. 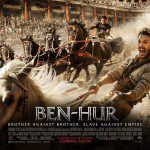 August 20, 2016 What Do We Do, When We Fold Our Hands? How Do We Pray For An Enemy?
Recent Comments
0 | Leave a Comment
Browse Our Archives
get the latest updates from
Steel Magnificat
and the Patheos
Catholic
Channel
POPULAR AT PATHEOS Catholic
1