In the Shadow of Thy Wings 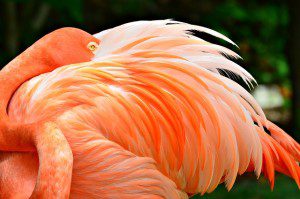 If I were a fairy tale character, the magical skill I’d want more than anything else would be the ability to hide. Before haunting beauty, before unearthly grace, before a voice to charm birds out of the trees or an enchanted bow which does not easily miss, I would like the ability to hide. When situations get awkward, which they usually do, I want the ability to fade into the shadows like a magical rogue in a role-playing game, or run up the side of a building like a ninja. I want to hide in the rafters until everyone forgets they just saw a fat, clumsy housewife run up the side of a wall.

But I’ve never been good at hiding.

I’ve been praying for the ability to hide since I was a little girl. For a few years, during the day I went to a Catholic school infested with bullies, and in the evenings I lived on the Planet Charismatic.  During the day, I got mercilessly teased and sometimes physically abused by the boys in my class, and I’m not saying there was nothing to tease. I was already plump and unattractive. I was an astonishingly clumsy, bookish nerd and a Charismatic who resembled Stephen King’s Carrie minus the preternatural ability to exact revenge. I used to hide in the girls’ bathroom, leaning against the supply closet door, praying it would turn into a portal to Narnia, but it never did. At home, didn’t hide from bullies, but I hid from God and the devil in equal measure. I had to hide from the devil because of how easily he could possess me, according to the teachings of the Charismatic leaders. I had to hide from God too, because God would turn His back on me and leave me to be swallowed by the devil if I was naughty. At night I would pray “Hide me, under the shadow of Thy wings,” and wonder if I was hiding there from demonic possession or from God the Father’s exacting eye.

After I got pulled out of school to homeschool, the hiding continued. I was becoming an adolescent; I was getting breasts and an even fatter body, which had to be hidden under layers of black baggy clothing or people would notice. I had acne, which needed to be hidden under a thick impasto of foundation and a double chin which needed contouring to make it fade. My mother spent hours fussing over my clothes, dying and teasing my hair and teaching me to apply makeup, but it was no use. She tried to coach me in sucking in my stomach and remembering to fold my hands, but I forgot. I was ugly, and I was clumsy, and I tended to burst into tears from sheer nervousness. I stood out like a sore thumb. I learned to hide in the back of church so I could run out when fear of God overwhelmed me.  I hid behind great big chapter books at homeschool get-togethers.

I took great joy in the local homeschool theater group, run by my mother. It was fun to play bad people and ugly people, people who were supposed to look this way. It was fun to wear foundation two shades too dark and a dress that made my rear end look fat, not because I was mistaken once again in how to hide my body, but to put my ugliness on display. My ugliness was an asset. It was something the audience wanted to see. They were laughing at me, not because they hated me but because I was funny. Once a week at rehearsals and during performances, I didn’t have to hide. I didn’t have to hide because I was “in character,” another form of hiding in a way. But it felt like freedom.

Then I grew up, and went to graduate school at a snobby, image-obsessed Catholic university here in the Ohio valley. This is a university where the female students go on retreat to learn about the beauty of their womanhood and come back wearing pearl-beaded flower crowns in honor of it. The bullying there was of a different kind than at Catholic grammar school, of course. There, I got bullied by a priest who thought he was supposed to bully souls and given the silent treatment for weeks on end from whole groups of friends I’d offended. And there was nowhere to hide. I was a grown woman who didn’t know how to dress nicely. The only thing I knew how to do was to be “in character,” and sometimes I did that. I got through Sunday Mass or trips to the library by pretending to be somebody else, somebody who reveled in her ugliness and returned hate for hate.

I prayed, “hide me in the shadow of Thy wings,” and this time I knew I wasn’t hiding from God. I was hiding from His children and everyone who says unto Him “Lord, Lord.” But I didn’t disappear.

I met a man who didn’t find me ugly, and I got married; I had Rose, and got fatter. I found myself chronically ill, poor and without friends, swelling up like a balloon from an autoimmune disorder and walking with a slight limp when the pain got bad. I couldn’t afford layers of new clothing and makeup to hide my ugliness anymore. My food sensitivities got worse; they meant that I couldn’t just eat normal food but had to eat special things in more and more awkward combinations. I was traumatized, and I cried at the wrong times. Neighborhood gossip reached a boiling point.Every time I stuck my head out to try to be a part of the Catholic community, I found the bullies had not changed but simply aged, and I hid again.

I prayed, “hide me under the shadow of Thy wings,” but I only got more and more visible. I wondered why God was putting me on display to shame me like this. 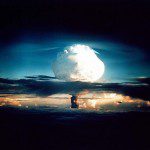 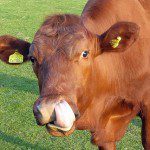 August 10, 2016 All Creatures of our God and King
Recent Comments
0 | Leave a Comment
"That essay was spot-on excellent."
Todd Flowerday The Patron Saint of Love and ..."
"What makes you so sure that bees are incapable of love? Many of their behaviors, ..."
3vil5triker . The Patron Saint of Love and ..."
"This is not about "choosing evils" and whatnot, its about being upfront and honest about ..."
3vil5triker . When Chaos Itself Becomes Victory
"I won't speak for Rebecca, obviously (I'm more conservative than she is on some points), ..."
Edwin Woodruff Tait When Chaos Itself Becomes Victory
Browse Our Archives
Follow Us! 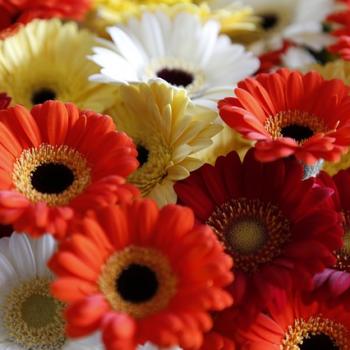