How Lovely Is Your Dwelling Place

How Lovely Is Your Dwelling Place October 10, 2016 Mary Pezzulo 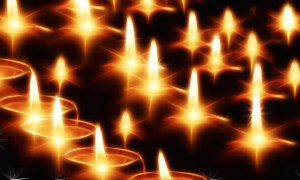 I couldn’t get a ride to the Byzantine Catholic church. I decided to walk down to that lovely little Orthodox church at the bottom of the hill and pray for the unity of churches– a valid liturgy, but in schism.  I left for church with half an hour to spare; I was tired and I hadn’t had much breakfast, but that didn’t matter. I was only going for a short walk. I’d be back in an hour or so.

But when I got there, they weren’t holding Divine Liturgy at the little OCA Orthodox church. Their priest is away, so they were having some kind of service of readings instead.

I decided on a whim to walk an extra mile, all the way to the Greek Orthodox Church. I thought their liturgy started at ten-thirty.

It was a quiet walk– I could hear church bells and the constant mechanical pulse of the fracking trains, but I saw next to no one. Everyone was in church. That’s one of the pleasant things about this bizarre little steel mill town. Downtown, most of the businesses stand empty and abandoned, but it’s bustling with churches and almost everyone attends a church.  The tiny OCA Orthodox church is up on a hill overlooking downtown. The Methodist Episcopal church is next door to the cigar shop, two tiny glass store fronts next to a vacant lot where they tore down several derelict shops. The Baptist Church with the loud, animated preaching you can hear from the sidewalk is across the street from the dollar store; I pray there on the sidewalk every time I go shopping in that strip mall. The Urban Mission church with the beautiful Transfiguration window is cat-a-corner from the United Methodist Church, right next door to three or four Protestant churches and in sight of the big red towers of the Catholic church where the Tridentine Low Mass is held. On Sundays the joyful, discordant music rises from the different churches, all over that block. Up the street is the Episcopal church, the one that has saints in the windows and statues in the garden just like a Catholic church. And farther up the street, almost as far as the Carnegie library, is the square brass-domed Holy Trinity Greek Orthodox church.

I walk-jogged all the way there, taking a different street to avoid a fracking train; it was a longer walk than I thought. I was panting, hungry and awash with sweat when  I saw the kiosk and found that Divine Liturgy had actually started at ten.

I snuck into the back just as the Gospel was being chanted– the widow of Nain, who had her only son restored to life. There were ushers passing out candles to the latecomers, to light and place in the sandy dish before the tetrapod, but I was too tired and confused to go get a candle. I slid into a bench in the back.

Everyone needs, at least once in their lives, to attend a liturgy where they have no idea what to do. I am a cradle Catholic who could give you the responses at the Novus Ordo or the Tridentine in my sleep; I’d been going to the Byzantine Catholic church for months and knew those responses as well. But I was lost at the Greek Orthodox church, because the responses were all in Greek. The only words of Greek I knew were “Kyrie Eleison,” so I said that over and over again.

I didn’t know to say “He is and always will be,” when the gentleman in front of me shook my hand and said “Christ is among us.” But I knew He was among us.

I could feel the prayer rising thicker than clouds of incense.

I prayed the prayers at Holy Communion, but I didn’t go to Holy Communion. I slid out of my pew and stood in the back, making a spiritual communion, praying for the unity of churches.

When the liturgy was over, I couldn’t leave. I stood rooted on the spot before an enormous icon of Saint George fighting the dragon. Saint George was posed on his horse with both hands on the lance, turning in some impossible, attenuated twist of the spine as if he was a dragon himself; it would be impossible for a man to ride a horse like that without breaking his back, or at least falling off. But an angel was descending from the top of the icon to assist him, green branch in hand, so of course Saint George would win. Saint George would slay the dragon and go on to be slain himself, claiming the green branch of martyrdom. A Victim and a Victor, like Christ.

I stared at the icon until the deacon turned the lights out. He hadn’t seen me, but the priest had. He shouted not to kill the lights; he ran to me and shook my hand. He invited me to the social hall for coffee.

“You’re not Orthodox, I take it?” asked an usher, as though it weren’t painfully obvious.

I snuck back into the sanctuary later, meaning to say a quick goodbye to the icons and the Presence before I left.

Instead, I found myself kneeling, praying with my face pressed against another, smaller icon, an icon dotted with lipstick kisses from the well-dressed Greek ladies on Sunday morning– the icon of Christ blessing the children.

I knelt and prayed for almost half an hour. I prayed and I cried.

How lovely is Your dwelling place, O God of Jacob. How lovely to worship You when I don’t know what I’m doing. How lovely to realize that, even if I knew all the responses by heart and fit in wherever I went, I wouldn’t know what I’m doing. I don’t know how to offer worship to a God who is infinitely beyond, yet dwells among us and always will. How lovely to pray for the unity of churches. What a beautiful, terrible mystery that the Body lives, even when so torn by schism. How Heavenly that voices cry out in worship on a Sunday morning, all over the bleak streets of this miserable little steel mill town. Thy name is adored in all the earth, and all the ends of the earth shall sing thy glory.

It was well after noon when I finally got home.

October 9, 2016
What is Happening At Priests For Life?
Next Post 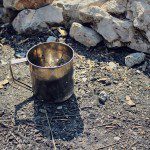