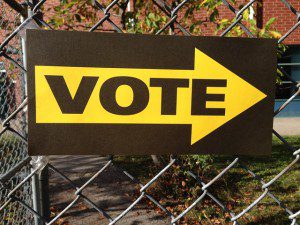 We’ve got six more days, folks. Six days. Six. The devil’s number. Less than a week left and this hellish, agonizing rusted thumbscrew of an election will be over one way or another… unless the loser refuses to concede, in which case I’ll go mad.

I think I already have gone mad. It happened at some point while watching those three spectacular debates. I never knew a grown man could get so furious just by hearing his opponent call him by his given name instead of his surname. I don’t even understand why Donald even wants to hear his surname, anyway; if my name was Trump I’d change it to anything more melodic including “Turnip Truck,” but he cherishes that name.

In any case, during those debates, I couldn’t stop looking at Trump’s little hands. Specifically, his gestures. I’m not fluent in American Sign Language, but I did take an ASL course as an elective in undergrad. I remember my alphabet. And I realized that Trump’s famous choppy and stilted hand gestures were signs for alphabet letters. The handshapes are very exact. He was  signing the D, the F and the L, plus a choppy hand slash that looks like an ASL sign but wasn’t one I recognized, over and over again. You can watch it yourself; I’m not making it up. He was signing D, F, L, over and over again, as if he was trying to signify that he was a divorced female lesbian in a personals column. He’s definitely divorced, after all. That’s established fact. Maybe there’s something he’s not telling us. Maybe this was a desperate cry or some kind of Freudian slip. Perhaps Trump is so defensive about the size of his, ah, fingers, and so insulting to unattractive women, because he himself has been an unattractive woman disguised as a man all along. Is this likely? Perhaps not. But I’m just asking questions.

In addition to his gestures, I noticed Trump’s speech patterns, such as they were. The man does not speak as if English is his first language. Many have remarked on this, but I take it a step further. His limited English vocabulary, his sentence construction, his use of adjectives like “bigly” and so forth, do not sound like any known dialect of English. You know what they sound like? My pastor from Eastern Europe, that’s who. He sometimes makes sentences like that. Trump’s sentences also sound like a caricature of a Soviet spy from Rocky and Bullwinkle, minus the outrageous accent. Could it be that, at some point in the past seventy years, the real Donald J. Trump was replaced by a KGB body double who’s running for president in an attempt to seize control of the United States? One who studied English pronunciation but still can’t grasp sentence structure? It would explain not only his speech patterns, but also the wig and caked-on orange foundation. Is this likely? Perhaps not. But I’m just asking questions.

But this is all getting us far into the weeds, when we need to focus on the most obvious conspiracy of all. It’s been right under our noses the whole time.

I am fairly convinced that Hillary Clinton goaded her friend Donald Fredevich Trump, if that is his real name, into running for president, specifically so that we’d all be so traumatized by this prolapsed rectum of an election cycle that we’d make her dictator for life to avoid ever, ever having to endure another one. Is this likely? Heck yeah, it’s likely.

My main question is, can it please be over now? 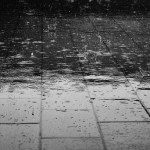 November 1, 2016
A Much-Needed Work of Mercy For Father Louis
Next Post 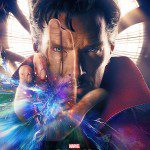 November 4, 2016 Pure Magic: A Review of Marvel's "Doctor Strange"
Recent Comments
0 | Leave a Comment
"My copy just arrived today :) im so excited!"
Molly García A Suggestion For Your Lent This ..."
""A lot of that huge number of divorces... were of marriages that were abusive"Dude, THIS.I ..."
Tarth Fifty Years Ago, If a Guy ..."
"A lot of things."
Elizabeth Elizabeth About the 22 Catholic Factions
"These are only the U.S. factions!!!"
Elizabeth Elizabeth About the 22 Catholic Factions
Browse Our Archives
Follow Us!