The Remnant’s War On Men and The Gospel

The Remnant’s War On Men and The Gospel January 10, 2017 Mary Pezzulo

Women do have a right to drink, wear, and attend parties however they choose. It may not be prudent, modest or chaste to do or wear one thing or another at any given time, but women have free will just as men do. And we can choose to make imprudent mistakes, and in this fallen world those mistakes can put us in danger. However, this isn’t the cause of rape. The cause of rape is people who choose to commit rape. It’s important to learn behaviors that make you less likely to encounter a rapist and how to protect yourself if you do, but that doesn’t mean that if you choose otherwise you deserve to be raped. You don’t lose your human dignity by having too much to drink. All humans have dignity, all the time, and that means it’s never all right to commit an act of assault against them. It wouldn’t be wise for me to drink until I pass out in public, but if I did, I would only be guilty of binge drinking whether I woke up the next morning to find I’d been raped or not. Anything that happened to me in that state would be my attacker’s sin, not in any way mine. My sin was binge drinking and nothing else. I really don’t think anyone who doesn’t know this should be writing for a Catholic publication– not even one whose editor praises the Lord for dead babies.

However, Ms. Priore does not understand how culpability works. She takes it further; she specifically states that people who don’t even sin in any way are responsible for acts of violence committed against them and don’t deserve pity. She states:

If a man or a woman knowingly walks through a bad neighborhood and gets mugged, we don’t say: “It’s not your fault; you didn’t know what you were doing.” We would probably respond with something like: “You made a dumb decision by putting yourself in danger when you knew better. I hope you’ve learned your lesson and won’t do it again.” The same standard should be held for both sexes on the dating scene. Are we mere animals acting on instinct? Or are we human beings with the freedom to determine our own destiny? Our Church teaches the latter.

No, that’s not what we say. It’s not what any thinking person would say. We’d say “are you okay?” and call an ambulance. We’d help that person. We’d express compassion for them, because that’s what you do when people get hurt. Our Church, and common sense, teach us to do so, Ms. Priore, but I suppose you’re not familiar with that church teaching either.

Besides, why was that person walking through a bad neighborhood? Is walking through a bad neighborhood always avoidable? I used to walk through bad neighborhoods every day. You know why? I lived there. I was very poor. It was the only home I could afford. Bad neighborhoods don’t go away because you have nowhere else to go, believe it or not. When I lived in that neighborhood I was in danger of being mugged every day, and if I had been mugged that would not have been my fault for being poor. It would have been the result of someone else’s sin and my bad luck. Rape is similar, Ms. Priore. It’s always a result of the rapist’s sin, and most often the result of plain bad luck on the part of the victim. We don’t bring it on ourselves.

I’ve often remarked that self-satisfied people like to find reasons that others were hurt. They like to claim that all someone else had to do was not go walking in a bad neighborhood, or not neglect their self-defense lessons; they should have worn this, they must have been drinking that. Self-satisfied people don’t like to accept that often, the victims of misfortune and violence are simply unlucky. That would mean admitting that they, themselves, might be in danger– that they, themselves, might someday suffer. People like this are generally scared stiff of being raped, and in their lack of empathy they have convinced themselves that they’re too virtuous to be victims.

Ms. Priore continues her shocking rant with the statement:

Men respect women who respect themselves, who know their limits, and who don’t let other people treat them badly.  Men will never respect women who dress provocatively, drink themselves into unconsciousness, and let themselves be abused by random strangers, which is exactly what modern feminists are encouraging women to do when they claim women can match men drink for drink without consequence.

And in doing so, she reveals that she not only lacks empathy for women who are victims of violence; she also hates men. She thinks that men are brutes incapable of following the golden rule as Christ commanded. She thinks men aren’t capable of virtue and will “never” be capable of virtue.

As a feminist and a faithful Catholic, I know differently. I know that men are capable of understanding Christ’s words, “Do unto others as you would have them do unto you,” and  “As you did for the least of my brethren, you did for Me.” Men are capable of seeing a woman or another man vulnerable and in danger, and of NOT committing violent assault. They’re capable of helping and protecting that person, of getting them to safety if they need it. They are capable of doing this even if it’s the case that the person they’re protecting doesn’t respect herself, and they’re capable of realizing that it’s not their place to judge whether she does or not. They can do it. And they must to do it, because not doing it is sin.

Our culture needs another “sexual revolution” that brings the teachings of Holy Mother Church to the darkness of our culture, and it begins with the laity.

On that, we agree. The Catholic laity need to stand up against scandalous trash publications like The Remnant, which claim women are to blame for sexual assault and men are brutes incapable of virtue. Catholic men and women need to respect themselves and their neighbors no matter what; we need to be people who honor every human being as an icon of Christ. We need to do everything we can to protect vulnerable people, no matter how they got that way, and we need to reach out in compassion to everyone who has been a victim of violence. We must resist the falsehood that The Remnant is pushing: that something someone else does makes them worthy of our disrespect and abuse.

And I need to stop reading The Remnant. 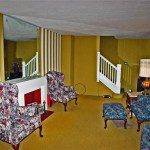 January 9, 2017
My Latest Hobby and the Mustard House Horror Show
Next Post 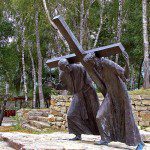 January 10, 2017 Requiem For The Forgotten
Recent Comments
0 | Leave a Comment
Browse Our Archives
get the latest from
Steel Magnificat
Sign up for our newsletter
POPULAR AT PATHEOS Catholic
1