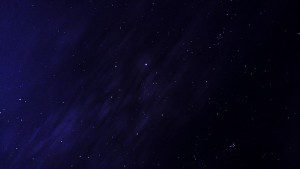 My daughter was next to me– she tends to have insomnia, and has anxiety when she sleeps alone, so I’d bundled her into bed with me again. I read The Hobbit to her, and said her prayers; now she was finally sleeping peacefully, but I was not.

It was chilly, in the bedroom, but the days have been too warm to have the heat on at night. I was in the first stage of a bad head cold, with that stinging pain on my soft palette that wouldn’t let me breathe or swallow easily. And, as usual, I was afraid.

I keep icons of the archangels on my headboard, lately; Raphael was the one directly behind me, and I was complaining to him about my worries, a litany of unanswerable questions– what are we to eat? What are we to wear? How will we pay the rent? I began to drift off, still wondering. Where will we go? What will we do? What if? What if not? What will we do tomorrow?

That was when I heard the explosion.

And, just as I’d convinced myself that it was nothing, another explosion, farther away.

My half-asleep mind jumped to the worst conclusion at once. The war had begun. A friend had said just the other day the the nuclear power plant just up the river was a prime spot for a terrorist attack. Or maybe I was hearing something bigger, from farther away. The nearest big city is Pittsburgh. Is Pittsburgh a big enough target for a nuclear bomb, if it comes to that? Couldn’t I hear that something that cataclysmic all the way in the Ohio Valley? Would the fallout kill us quickly or would we have to suffer for a long time?

The irrational fear shook me the rest of the way awake. I listened, but the street outside was silent. I looked to the window– there were white flashes in the sky. It must have been a car backfiring, or an accident far away on the freeway, or a nearby gunshot. I was far more likely to die from a car accident or a gunshot than a nuclear war, after all. Every American is.

But now I was panicked, and couldn’t stay lying down.

I went to the computer in my husband’s study– it’s the old one, that takes awhile to start up once you turn it on. I had plenty of time to pray before the icon he keeps in the study. What if? What if not? What will we do tomorrow?

Finally, I logged into Facebook. Some of my West Coast friends were still awake, joking about this and that. There was no breaking news about a nuclear war, only more rumors that war could start any minute. There was no news of a bombing at the nuclear power plant; not even any breaking local news about a bad accident on the freeway. If there had been gunshots fired in LaBelle, that didn’t make the news. There’s no reason it would.

For all I knew, I had drifted off for a moment and dreamed those explosions.

Nothing was out of the ordinary.

I saw on the local news that a man was under arrest for beating and neglecting his bed-bound mother. This seems to happen all the time.

Another man was going to prison, for raping his four-year-old daughter. This happens more often than I care to imagine.

I saw that there was still a manhunt underway for Steve Stephens, who murdered a stranger on Easter, on a live Facebook video, while thousands watched and shared. I saw pleas from the family of the deceased to stop sharing that video, out of respect. They had to plead because no one thought to show respect.

I saw that the courts had blocked the state of Arkansas  from carrying out  the first two of the eight “assembly line” lethal injections they planned to commit before their stock of drugs expired in April. But they were still fighting to kill all eight while they could. The governor was determined. He was offended that anyone would object. He was only enforcing the law.

I saw that ICE was still going to deport Maribel Trujillo, who’d fled to America when her life was endangered by gang violence, despite her exemplary behavior and  all of our pleading. She was the breadwinner for four young children, American citizens, and those children would never see their mother in this country again. This is also the law, and the law takes priority– enforcement of punishment over mercy for children.

My husband came upstairs to ask why I was up so late. I murmured something about hearing an explosion; I went back to my bed, and my prayers.

What if? What if not? Where will we go? How will those who do not show mercy ever receive mercy?

If the war begins tonight, will we ask ourselves why?

If we do these things when the wood is green, what will happen when it is dry?

And when the Son of Man comes, will he find any righteous ones upon the earth?

What will we do tomorrow? 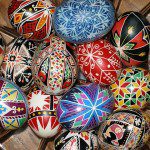 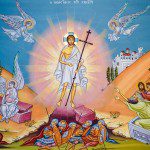