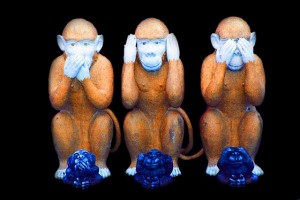 I’m used to getting called anti-Catholic.

Oh, they often use different terms than that. Back when I was still trying to get along with the Franciscan University in-crowd, they called it “not spreading the kingdom.” I was told that complaining about how Catholics, and especially FUS students, behaved toward one another “wasn’t spreading the Kingdom.” I ought to keep my mouth shut about the things I saw and heard, because to point them out was “not spreading the Kingdom.” “Spreading the Kingdom” meant overlooking the abuses and corruptions I saw and pretending that everyone loved one another. It meant putting on a face so that everyone thought the culture at that university was a safe and friendly culture, so that other people would send their children there. It meant actively covering up when people hurt one another, expecting victims to keep silent about their experiences and coddling bullies. It meant pretending that abuse victims deserved it and that priests never did anything wrong.

And it’s the same now. If I point out a communal sin being committed by wealthy Catholics of the neighborhood, or mention the kind of bullying and abuse that goes on in famous conservative Catholic communities, I’ll get someone calling me “anti-Catholic.” If I point out the irony in being meticulous about the Church’s teaching against birth control but hurting and ostracizing poor people, I’m being “anti-Catholic.” If I point out how a priest has publicly sinned and committed scandal, and if I denounce that scandal, I’ll be chided for disrespecting the priesthood.

As if Catholicism could be spread by overlooking the truth.

As if  The Kingdom was a Kingdom that depended on lies.

As if the priesthood was a man-made institution that needed to be propped up by punishing victims.

As if “respect” meant condoning sin.

I believe that the priesthood is an institution founded by Christ, and I am in awe. That’s why I’m sickened to see priests misleading their flocks and hurting the vulnerable. If I believed the priesthood was only a human institution, it wouldn’t surprise me in the least.

If you respect the Church, you will speak out on behalf of the Church’s teaching. If you respect the priesthood, you will not hold priests to a lower standard than any other sort of human being. If you believe in the Kingdom, you will spread that Kingdom by seeking out the poor, the vulnerable and victims of abuse, and serving Christ in them. You will take up the cause of the fatherless and plead the case of the widow. You won’t lie or persecute the vulnerable, and call it “spreading the Kingdom.”

The Kingdom of Heaven is the kingdom of truth. 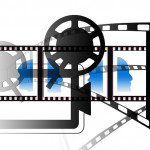