Ten More Christian Movies That Need To Be Made

Ten More Christian Movies That Need To Be Made May 23, 2017 Mary Pezzulo 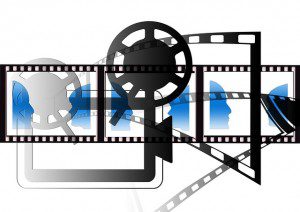 I just died laughing at Babylon Bee’s very humorous list of 23 Christian Movies That Need To Be Made. That link comes with my highest recommendation; it’s the best thing I’ve heard all day.

I’m something of a connoisseur of horrible Christian movies; my snooty reviews of Pure Flix films are some of the most fun I’ve ever had as a writer. I also hold the distinction of being the only professional* film critic who had fun watching the re-make of Ben Hur; everyone else despised that film but I thought it was a cheesy good time.

There’s something intriguing about a genuinely awful Christian movie; something that cries out for the MST3K treatment. I love to rib movies like that, which means I heartily support their being made in the first place.

Besides all that, I just found out that Pure Flix is coming out with God’s Not Dead 3 in late March, just in time to ruin Easter. There’s no plot description available yet, which means they need help thinking of one. Don’t worry, Pure Flix, I’ve got your back. I’ve been watching Pure Flix films for quite some time, and I have developed a list of my own suggestions for Christian movies that need to be made. All of them are deliberately low-budget, suitable for the Pure Flix back lot and within the capabilities of whoever did the CGI for The Book of Esther.

Let the record show that I came up with all of these ideas first and if God’s Not Dead 3 resembles them in any way, I want a cut of the royalties. 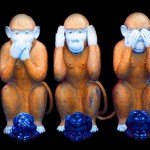 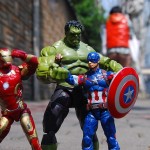 May 26, 2017 The Adventures of Tony, Cap, Donald and Bigfoot
Recent Comments
0 | Leave a Comment
Browse Our Archives
get the latest from
Steel Magnificat
Sign up for our newsletter
POPULAR AT PATHEOS Catholic
1