If I Perish, I Perish: In Which The Author Subscribes to Pure Flix

If I Perish, I Perish: In Which The Author Subscribes to Pure Flix April 21, 2016 Mary Pezzulo 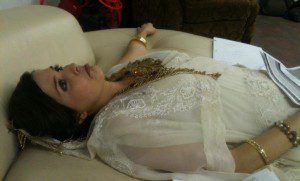 You see, I’ve apparently typed “pure flix” into my browser one too many times, because I keep getting ads for the Pure Flix streaming service. They offer your standard one month free subscription to their film collection with its dismal promise of “wholesome” and “family friendly” faith-based low-budget films, and also several seasons of that old Claymation gem “Davy and Goliath.” I am a sucker for a free offer of any kind. I realize I should have watched Davy and Goliath, but I deeply love the Biblical story of Esther. I just had to try it.

And I did. Pure Flix kept pitching the ad for this film to me all over my Facebook. I received a free trial of Pure Flix, and watched the film. I will now return the favor by giving Pure Flix and The Book of Esther free publicity.

First of all, The Book of Esther is cheap. It’s one of the cheapest-looking films I’ve ever seen. Every establishing shot is CGI; the rooms of the palace are small and dank with community theater-quality sponge-painting to make the plaster look like stone. The costumes are noticeably taken from a ready-made costume shop as well, and they are not at all historically accurate. Most of the king’s advisers wear vintage Ancient Roman garb, Queen Esther’s tiara looks like a piece worn by Princess Kate, and she’s adorned in fabrics from the Jo-Anne’s upholstery department. King Xerxes is, in certain scenes, actually wearing a rosary. The crucifix has been replaced by a large brooch, but the chain is recognizably a rosary: ten glassy beads, a length of brass chain, a single bead, a length of brass, ten beads. The earnest Protestants at Pure Flix must have found it in the costume shop and not known what it was, unless they’re making some kind of subtle claim that Catholics are actually a kind of Persian Zoroastrian offshoot.

I don’t object to a film’s cheapness on its face. Some very inexpensive films turn out well; some high budget films are horrible. I like to see what talented artists can do with a few cheap sets and a box of old costumes. The movie becomes a filmed play of sorts. This could be a kind of Purim-Spiel, a fun romp. Sadly, it’s not. The only way I could enjoy this movie would be if I got too drunk to tell Haman from Moredecai.

The film takes many confusing liberties with the actual Bible story set down in either the Protestant or Catholic accounts. Over half of the king’s advisers are stated to be eunuchs for no reason– said eunuchs are played by men with deep voices and noticeable five o’clock shadow, so it doesn’t work at all. Haman hates Mordecai because Haman had wished his own, plainer daughter to be the king’s wife– wife, not consort, because Xerxes only has one, and he refuses to deflower Esther before their so-called “wedding night.” There is a ludicrous trial where the king allows Mordecai to testify on behalf of the Jewish people, and concludes by declaring that the king of Persia wants everyone to “follow their conscience” instead of obeying the king’s decrees all the time. There is an unintentionally comical sequence wherein God speaks to Esther, addressing her as Hadassah, and Esther can’t for the life of her figure out where the echoing male voice is coming from. It’s a shame, because that was a perfectly good idea for a non-canonical story in a movie about Esther. It could have been downright inspiring with different actors, better directing, a higher costume budget, and perhaps a new key grip, best boy, caterer and clapper loader as well. But it’s the closest thing the film has to a good idea.

Also, it seems that everyone in Persia at the time of King Xerxes was on a paleo diet. At the great feast at the beginning of the film, there are no goat cheeses; there are no stuffed figs, no honey cakes, no rough loaves of flatbread or any of the other traditional prop foods one would expect at a Biblical feast. There is only one sad deflated little prop pot roast, a few bunches of purple grapes and at least seven trays of waxy, grocery store Red Delicious apples. A eunuch munches an apple as he plots with Haman. Vashti eats grapes out of a fruit bowl with several waxy Red Delicious apples at the ready nearby. The feast Esther serves for Xerxes and Haman consists of several trays of Red Delicious apples and the exact same pot roast. I have to go to the bathroom just thinking about all that fruit; I can’t imagine what the actors suffered when filming the actual feast scenes take after take.

Worst of all, that pot roast gives the best performance of the film. Jen Lilley is a lovely woman with a keen talent at making winsome faces for the camera, but she can’t speak a line naturally. Joel Smallbone plays a femme, adolescent, lip-curling parody of a Xerxes. Robert Miano and Thaao Penghlis, as Haman and Mordecai respectively, do not even try to act our their mush-mouthed lines, and as such they’re the most dignified characters. They’re also unspeakably boring.

In short: the whole thing is a ghastly mess. And it’s a shame, too. The Bible’s Book of Esther provides a wonderful story with so much good material. This was a real opportunity to do what people who make films like this claim they would like to do and preach the Bible to non-Christians. Anyone can feel for the Bible’s Esther– a beautiful young woman from a downtrodden minority group forced to hide her identity, coerced into marriage and apparently powerless; then, through pluck and one extremely risky act of calculated provocation, she manages to prevent a genocide and get the bad guy hanged on his own gibbet. People with no interest whatsoever in the Bible could have been drawn to such a story. Pure Flix could have taught them something about God. Instead, we have a warmed-over adult cast production of a Sunday School recital, and that’s the kindest thing I can say about it.

This movie will not appeal to people who like the Bible and are willing to learn from it, either. It’s obviously possible to teach values through a dramatization of a Bible story, and I’m not saying you shouldn’t, but the The Book of Esther offers completely random nuggets of faux Sunday School moralizing in incongruous places with no respect for the text or the Jewish people who are ostensibly the heroes. The real Esther was a consort living in a harem who disliked her life intensely, and stated that she hated her royal crown like a polluted rag. A discussion of the benefits of Christian marriage could have been drawn from her suffering, from the way in which all women are used like livestock in the actual book of Esther. But the Esther of the film is Xerxes’s only wife, becomes so after a chaste engagement, and loves her king with smiling devotion. The thick impasto of another culture’s views on chastity smeared overtop of the sad realities of history smothers any real meaning that could have been found in the text. Xerxes’s historically and textually absurd speech about following one’s conscience makes a mockery of Esther’s actual counter-cultural behavior. Mordecai’s comments about a wife’s duty to obey her husband in all but the gravest of circumstances are such a patronizing aside to the viewing audience, that any chance Esther had to teach a real lesson will not even be noticed.

In any case, Pure Flix has been sending me ads for the Book of Esther since my panning of God’s Not Dead, and I imagine they’ll begin again once I cancel my subscription. I hope they appreciate the results of their ad campaign. And next time I watch and review a film, I promise to watch something I actually expect that my audience might enjoy. If there’s a film you would like me to watch and review for Steel Magnificat, please tell me about it in the comments and I’ll see how many I can get to in the coming weeks.

(Image courtesy of Christianfilmdatabase.com. The still is from The Book of Esther and is used for a review in accordance with Fair Use principles.) 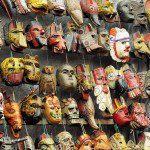 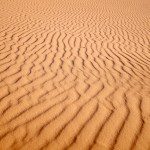 April 22, 2016 In A Desert Way
Recent Comments
0 | Leave a Comment
"I so long for the day when you, Michael, and Rosie can get out of ..."
Iowagirl I Wanted To Tell You About ..."
"A lovely post."
Bemused I Wanted To Tell You About ..."
"Love roses. And my seven bushes are trying, being full of buds. But here, the ..."
EMS September Roses
"When you go off the deep end, you can turn totally political, like Fr. Charles ..."
James Van Damme An Ordinary Catholic
Browse Our Archives
get the latest updates from
Steel Magnificat
and the Patheos
Catholic
Channel
POPULAR AT PATHEOS Catholic
1 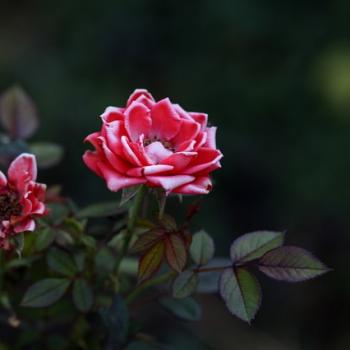