What Would Benedict Do? 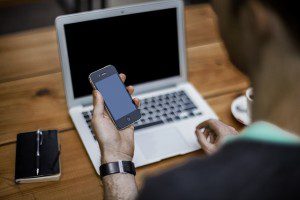 The combox is interesting lately.

Oh, it’s always interesting. All three of the usual comment sections are interesting. I get comments here on the Disqus, on the Steel Magnificat Facebook page (give us a like!)  and also on the Patheos Catholic Facebook page. I got called “mean-spirited” for telling people not to waste their money on Three Days of Darkness kits, which I expected. When I write a parody post there’s always that one guy who doesn’t know I’m writing parody and tries to lecture me on how Saints Cyril and Methodius didn’t actually invent the Russian language. I wonder if anyone ever tried to tell the wonderful Mallory Ortberg that two confused monks didn’t just randomly invent the entire tradition of Medieval illumination through a misunderstanding, as well.

There was that one guy who said that the best thing to do about the heroin epidemic in my city was to have Franciscan University students from the (nonexistent) seminary run a volunteer amateur heroin withdrawal clinic on campus, because experience with heroin addicts would help prepare them to perform exorcisms. No, seriously, I actually had that conversation. 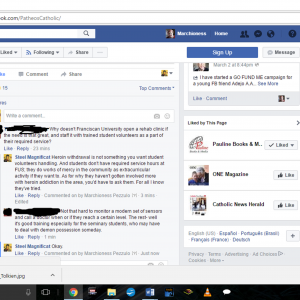 I’ve almost gotten used to the people who inform me that poverty is always voluntary and the result of “bad choices,” that there are no political or economic factors which could make a person poor, and that I’m just generally making it up. Ditto for the constant barrage of people who inform me I’m actually pro-abortion because I think that we should be fighting for a truly Catholic respect for human life from womb to tomb, rather than fawning on Republicans. Denial is their opiate, and I’m not going to found a volunteer-run rehab to exorcise them.

I once got into a spat with an atheist about the use of a photograph of a ceramic putto to illustrate a negative review of a cutesy precious book on angels, since putti are often used as cutesy precious angels in kitschy art pieces.  He was deeply offended at my public domain illustration. I’ll never understand why someone who doesn’t believe in angels took their whole afternoon to patronize me and explain how Biblical descriptions of angels are different than Putti, as if I didn’t know. At least I get paid by the click to complain.

Most fascinating, to me, are the commentators who honestly think I read every single comment. Once, in the Disqus section of a post going viral, comment number two hundred fifteen out of two hundred twenty or so, I happened to notice a commentator say something along the lines of “We’ll just have to wait for a response from Mary.” This person actually thought I read and respond to everyone personally, even when the box is taken over by trolls.

Just the other day I got asked, by a commentator, what I thought Saint Benedict would have done if gay marriage had been legal during his lifetime.  Seemed like a weird bit of speculation to me, the same as speculating about what sin angels would commit if they sinned at all. And… all right, I’ll respond to that one.

I think that, if gay marriage had been legal in Saint Benedict’s lifetime, he would have sought the eremitical life and eventually become an abbot.

I think that if people had somehow been forced to be in gay marriages, at the time of Saint Benedict, Saint Benedict would have sought the eremitical life and eventually become an abbot.

I think that if everyone in Europe at the time of Saint Benedict had had exemplary loving Catholic marriages without a single element in them that made Jesus sad, Saint Benedict would have sought the eremitical life and eventually become an abbot.

I think that if Saint Benedict were alive today, he would have sought the eremitical life and probably joined a monastery, maybe the Cistercians or something. They might even have made him an abbot.

I think that if Saint Benedict were around at the time of a nuclear holocaust, he would have lived an eremitical life in the  wreckage, and if he found any other survivors, he would have formed a monastic order with them and become the abbot.

I think that the call to the monastic life has nothing to do with what people are doing or not doing outside the monastery. I think the call to monastic life is the call to take up a life of prayer, penance and solitude so that you may love the people of the whole world as you ought, and intercede for them in the best way, because that’s the kind of person God made you to be. The call to be out in the world is similar– saints aren’t called to be outside the monastery because the world is a safer place to be than the monastery; He calls them there to love the people outside the monastery and care for them, no matter what happens. He calls some saints to sit on top of a style, not because the whole world except for the style is rotten but because that’s the best place for that saint to live a life of prayer for all the world. Some saints find themselves caring for lepers, not because a leper colony is their escape from the world but because lepers are worth caring for. Some saints get married and have families, not because it’s an escape from the horrors of the single life but because it’s their vocation to have a family.

I don’t think that a saint really does what he or she does because things around them are bad. Things are always bad. I don’t think a saint’s nature changes based upon what specific ways his own culture differs from the Church’s moral teaching. It always differs in some way. I think that a saint receives a call from God to live a certain life, and they live it no matter how bad things get. Sometimes the badness seeks to change that person, but saints remain unchanged at the deepest level. They dragged Saint Edith Stein out of the convent and murdered her in a death camp, but she remained a contemplative to the end. They tried to poison Saint Benedict, but he went on with his eremitical life and being an abbot.

There. I’m not an expert in Saint Benedict, but that’s my answer based  upon what I know.

Now, on the clear understanding that I might not read them, are there any more questions?

May 8, 2017
An Eastern Orthodox Reviews "The Benedict Option"
Next Post

May 10, 2017 Interesting Times
Recent Comments
0 | Leave a Comment
Browse Our Archives
get the latest from
Steel Magnificat
Sign up for our newsletter
POPULAR AT PATHEOS Catholic
1