A Humble Supplicant Strikes Out 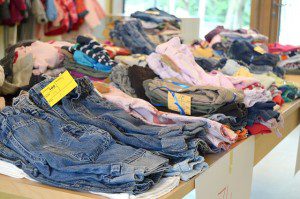 I went to the free clothing giveaway downtown– or, at least, I tried to.

I heard there was going to be a free clothes giveaway from ten to two, Tuesday only, at the Veteran’s Memorial beside the fire house. Up to twenty clothing or household items, mostly for children, free, no questions asked.

I have a child who refuses to stop growing up, not to mention climbing trees and ripping the seats of her leggings. I also have very little money just now. All the money’s going to that ridiculously high electric bill we have to pay to keep the drafty rental house cool enough to suit my autoimmune disease. We’ll be comparatively rich in the fall, then poor again when we have to turn the heat on. I decided to go downtown to the free clothing giveaway.

I put on my humble outfit. Poor people know what outfit I’m talking about. All of my clothes come either from the thrift shop or from going-out-of-business clearance sales, but I still buy things that look nice and flatter me when I have a choice. However, if I wear things that look nice downtown to a charity giveaway, people will think I don’t actually need help. Then again, if I wear cheap and tattered clothes to the giveaway, they’ll think I’m “the wrong kind of poor” and not want to help either. I have to look thrifty, desperate, modest, feminine, wholesome and vaguely thankful all at once. I put on my old but unstained long brown pants, and a thick brown blouse with 3/4 length sleeve over a tank top. I carefully combed Rose’s hair and changed her out of her oatmeal-covered shirt. I went outside, went out of my way to avoid Miss Manners’s property, and waited ten minutes in the sweltering heat for the bus.

I could feel my fibro-related heat reaction flaring up as I sweltered in the shade of a pine tree, but it was too late to turn back. I’d already overheated myself and would be down for the day when we got home. In for a penny, in for a pound.

The bus dropped us at the depot, four blocks from the Veteran’s Memorial. That’s between five and ten minutes’ walk if I can walk it myself, but I had Rose in tow so it took much longer. It was high noon on one of Steubenville’s rare sunny days, where the pavement steams like a fresh baked piecrust. I was sweltering in my modest outfit.

When I finally got to the Veterans’ Memorial, it was locked.

I looked at the sign inches from her head. It said that the clothing giveaway was from ten to two, with no mention of a lunch break. It also said that the giveaway was for winter clothes and coats, on the first day of August when we’re all in danger of heat stroke, which I hadn’t been told originally. But I’d come so far, I wanted something for my trouble. It will be winter soon enough.

“One O’clock?” again, with that questioning tone, as if I should have known.

More than thirty minutes to wait.

I walked Rose across the street, perspiration soaking through the unyielding cloth of my humble outfit. I took off my blouse and stood sweating in my tank top as Rose tried to play on hot metal playground equipment.  I watched another overheated parent with an overheated child come to the door, knock, and get turned away by the quizzical woman on lunch break.

I lasted ten minutes before giving up. Any more and I wouldn’t have been able to walk the four blocks back to the bus stop.

I’m frequently told that poor people lack a work ethic. We’re lazy welfare queens who ought to manage our time better and be grateful that anyone helps us at all. Everyone thinks it, so I suppose it must be true. But can we talk about the work ethic of agencies and giveaways that claim to help the poor for a moment? Not all of them, but in my experience the majority? Agencies that are open from ten to two one day a week, doing the dubious work of mercy of giving away used winter coats in August, and all the employees still take a full hour for lunch at noon? Why couldn’t they have lunch after they finish their four-hour shift? Why are they open from ten to noon in the first place? Writers like me can do their full days’ work in the middle of the night, but most poor people work during the day (and at night for that matter). Yet almost none of the charitable agencies downtown are open after five o’clock so poor people could pick things up after working nine to five. They all open up in the middle of the work day, with a generous lunch break somewhere in there, and they’re closed on weekends. And if poor people can’t manage to take a day off and stand outside in the heat to receive their help, we’re lazy and ungrateful.

And this isn’t just my own town’s topsy-turvy nature, either. Steubenville is as eccentric as a thirteen-dollar bill, but this is normal. I remember reading that homeless people can’t get a bed in a homeless shelter in many places in the country unless they show up before four-thirty, meaning they can’t work a nine-to-five without sleeping on the street.

It’s as if they don’t actually want to break the chain of poverty; they want to keep us running from agency to agency, instead of working with us to ease our burdens while we try to get or hold down jobs and eventually not be poor anymore. Or maybe they don’t care that their help isn’t helpful, they just want to feel that they’ve done something.

At any rate, I’m going to spend money we need for other things at Wal Mart this month on brand new shorts for Rose. I’ll be informed that I’m lazy, and too decadent for the free used clothing give away, I already know. And I’m going to shop at Wal Mart wearing comfortable clothes that don’t look humble, and be thought of as the wrong kind of poor, of course. Maybe I’ll even end up on one of those mean spirited badly-dressed-people-at-Wal-Mart photo blogs. I’ll be easy to spot; I’ll be the non-humble one with heat rash. 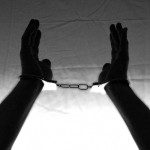 August 1, 2017
Why Don't They Take Their Families?
Next Post 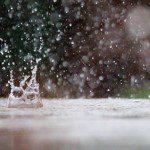