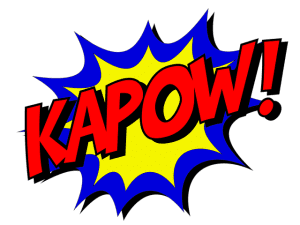 It all started when Catholic Vote publicly fantasized about beating up a priest.

I don’t know Father James Martin from Adam. I couldn’t tell you anything about him except that he’s a priest, and that all the public Catholics I’m suspicious of are suspicious of him. As far as I’m concerned, those are two points in his favor. God grant you many years, Father Martin.

In any case, three days ago, the right-wing, not particularly Catholic, political group known as “Catholic Vote” tweeted “And then this Dominican showed up and started beating @JamesMartinSJ like a rented mule. The crowd went wild.”

I was, of course, disgusted– both at the threat of violence overall and at the threat of violence to a man of the cloth. I was also disgusted at their dragging Dominicans into their nonsense.  Dominicans are fine people, intellectuals who shouldn’t be brought to a Twitter fight. Besides, striking a priest used to be an excommunicable offense, and still is under certain circumstances. It’s altogether a foolish thing to be said by any organization calling itself Catholic– let alone one that boasts on its Facebook page that “The misson [sic] of CatholicVote.org is to educate and inspire Americans of all faiths to prioritize the issues of life, faith, and family.” My family doesn’t beat anybody like a rented mule, especially not priests.

Father Martin responded far more gracefully than I would’ve been able to manage: 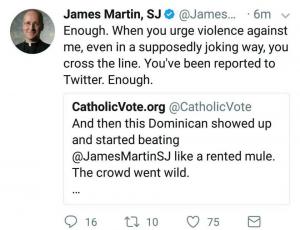 The tweet has since been removed. Perhaps the whole thing would have died down.

But then the inimitable Austin Ruse got involved; and again, Father Martin handled it with class. 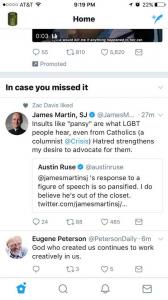 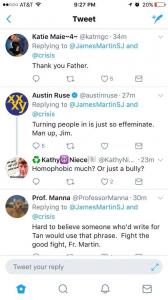 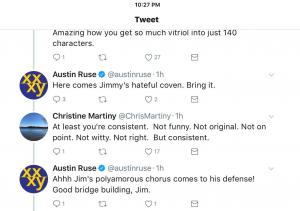 At least Ruse isn’t telling low-income people they ought to eat raw flour anymore. That was last month’s fun. This month, he’s moved on to calling priests pansies, starting public witch hunts about their sexuality, referring to them as “Jimmy” and then calling random strangers a “polyamorous chorus” when they object. I don’t know what that algebra problem in his profile pic is, either– the female (XX) dominating the male (XY), by the looks of it. Kind of an odd thing for a man calling another man “effeminate” to proclaim, but who am I to judge?

As I mentioned a moment ago, I don’t know Father James Martin. But I am now inclined to give him a pat on the back for having to deal with this nonsense. I want to go out and buy everything he’s written, if he’s written anything.  Whatever else the man may be, he’s taking these attacks like a perfect gentleman.

If that makes me a closeted effeminate member of a polyamorous coven, well, better that than a Ruse. 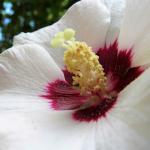 September 2, 2017
The Rose of Sharon on the First of the Year
Next Post 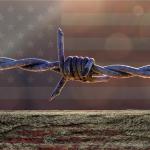 September 5, 2017 A Nation of Laws: On the Termination of DACA
Recent Comments
0 | Leave a Comment
Browse Our Archives
get the latest from
Steel Magnificat
Sign up for our newsletter
POPULAR AT PATHEOS Catholic
1