The Mirror and the Font 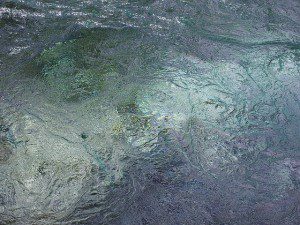 I took Rose on an expedition to the thrift shop, to look for fifty cent toys. They were a bribe for being good while I waited in line to drop off yet another form at Job and Family Services, and she had been good. It was a long wait for both of us. We were weary and not fit for company, when we entered the store.

The thrift shop is run by Franciscan sisters. They have a small holy water font hanging in the foyer, with a plaster relief of Saint Francis himself attached to the top. It doesn’t always have water in it, but on this day it did, so I dipped my hand and did a Reverence without thinking.

“Did you use the HOLY WATER?” cried a Franciscan sister.

I hadn’t seen the sister from the doorway. I couldn’t tell, from her tone, whether she was excited or horrified that I had used the holy water. Based on the strength of her reaction, it was entirely possible that someone had poisoned the Holy Water and I had moments to live.

“Wow, you used the HOLY WATER! And you knew just how to do it, too!” I could see her now, behind the shoe shelf; she was about my age, and beaming in what I took to be a patronizing way. “No one ever uses the HOLY WATER! You did it just right.”

The sister wasn’t done. “Were you raised Catholic?”

Now, I was truly taken aback. From her emphasis and the way she phrased it, I took it as obvious that she didn’t think I was, currently, a Catholic.

I’ve always been a Catholic. I was baptized at the cathedral one month after I was born. I was carried over my father’s shoulder at liturgies until I was old enough to sit in the pew and fidget. I mouthed “Ah-nyoose-day-ee quee-toll-ess-pay-cah-tah-moon-dee” every Sunday, knowing it was sacred but wishing someone would give me a clue what it meant. I went to Catholic schools in an itchy plaid uniform every year until my parents pulled me out to homeschool me. I went to youth groups. I went to terrifying Charismatic “community” meetings.  I saved myself for my husband even when I thought I’d never have one.

I felt I couldn’t call myself Catholic anymore one summer when the abuse had really gotten to me, but I was in the confessional repenting within six weeks– not because of anything I did right. I couldn’t tell you how it happened. I was walking next to a church, having a cry. I found myself in line. I selected the kindest-looking priest, and the tears of frustration didn’t turn into tears of repentance until I was in the little box with him. Such things are always happening to me. Catholicism is an identity which has clung to me when I wasn’t strong or virtuous enough to cling to her.

“I… I AM a Byzantine Catholic.” Ignoring the sister’s surprised squeak, I hurried Rose to the toy section and went to look for new shirts.

The thrift store was frostily silent for a few moments.

I couldn’t stop wondering why the sister had assumed I wasn’t Catholic.

I have always been Catholic, even when I’ve felt no kinship with the Catholics around me. Even when they’ve wanted nothing to do with me and I’ve returned the favor. Even when I’ve lost my temper and declared I hated Catholics– I somehow realized even as I said it that I was included in the motley, selfish crew I’d just denounced. We don’t have to like each other for it to be true. We ought to like each other, mind you, but we remain one body whether we bear it well or not.

I don’t have to feel like a Catholic, for it to be true. Even when I’m feeling my least Catholic– when a fellow parishioner has been horrendous, when a Catholic politician has been horrific, when a combox troll has been particularly asinine, when my abusive mother appeals to “our common faith” as a manipulation tactic, to make me go back to her– I’m fed up and I wish I could become a pagan or a Quaker, I don’t. Because I am a Catholic.  It’s someone I am, and Someone who clings to me. I keep coming back to dip my fingers in the font.

Still, it must be said: I don’t often feel like a Catholic. And that bothers me more than it should. I suppose that’s why I was still obsessing over her question several minutes later as I looked for a dress.

Then Rose came up behind me. “R for mirror!” she declared.

“No, no,” I answered, not looking up. “M is the first letter in “mirror.” You’re thinking of the ending sound. Come, let’s get you a toy.”

It was then that I saw the mirror.

October 2, 2017
The Substance of My Thoughts and Prayers: A Response to the Las Vegas Shooting
Next Post 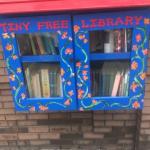