What They Should Have Done

I had to loiter around downtown for an hour or so; then I caught the bus back up to my house. I went to lie down, to ward off another flare-up. I’d spent most of another day waiting on Job and Family Services, up and downtown, and all I had to show for it was a third form– a form I’ll bring downtown Monday, as a matter of fact.

I couldn’t stop thinking of what she said. No. You did exactly what you should have done.

How could that be?

But what about people who work a nine to five? It’s entirely possible to work,  not at home in pajamas like me, but to work a respectable job out of the house somewhere, and still need food assistance. Employers aren’t required to pay a living wage, after all, so they don’t. I’ve been told that’s right and just– the employers are doing just what they should have done. If we let the market decide, rather than imposing rules on employers, then there will be more jobs and money to go around. I’ve been informed that everyone’s individual greed working in tandem somehow creates a healthy economy, and for all I know that’s true. I’m not an economist. Still, the fact remains, many people who work all day need SNAP benefits to feed their children– not because they’re lazy, but because there simply aren’t enough hours in a week to feed a family on what they earn per hour. So they have to apply for benefits.

I don’t blame the individual social workers for this– I’ve met corrupt social workers now and then, but most of them genuinely want to help and do help. They don’t make the rules. They don’t set the budget for their department; they didn’t decree that there should be an antiquated voicemail system and not enough staff to return calls quickly. Other people do that– people far away, with the money to run for office, who may never have been poor or spoken with poor people. Some of these people want to help but may not know what would be helpful. Some don’t care either way. Some want to hurt and humiliate poor people, ostensibly because it will “encourage them to get jobs.” They tie up the burdens and set them down, not noticing they set them on top of us. Job and Family Services, and the private charities around town, all try to make it work. I’m told that this is a perfectly acceptable situation, and that we’re dreadful sinners if we don’t vote for the most odious of those lawmakers, the ones who despise the poor most openly. They’re doing exactly what they should have done.

The more I think about it, the less sense it makes.

I’m certain that that, somewhere along the line, someone didn’t do exactly what they should have done. 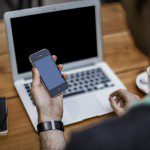 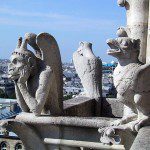 October 22, 2017 Ten Further Church Buzzwords That Ought to Be Banned
Recent Comments
0 | Leave a Comment
"Excellent and well written. There is no great generation; only our great God."
Todd Flowerday Nothing New Under the Stars
"Yes, alwayspuzzled, yes."
Eileen M. Ponder Imagine a Flock of Tongue-Cut Sparrows
""now that I am a tongue cut sparrow"Many of us are very grateful for your ..."
alwayspuzzled Imagine a Flock of Tongue-Cut Sparrows
"unfortunately, that's exactly what happened to me. :-("
Elizabeth Elizabeth | Mary Pezzulo
Browse Our Archives
Follow Us!