No, the Texas Gunman was Not a Member of Antifa 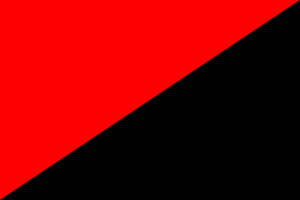 I recently encountered a gentleman who was sure he knew the truth behind last night’s horrendous mass shooting in Sutherland Springs, Texas. He informed me that the shooter was “a supporter of Antifa,” and that he couldn’t provide sources proving this but that he’d read about it online.

I, too, read about it online. Specifically I googled “Texas shooter antifa” and got two links, one from The Blaze and one Infowars rant. No reputable news source was reporting on Devin Patrick Kelley having ties to any anarchist groups at all, except to report that The Blaze and Infowars thought he was. Eventually, the man admitted he’d heard on EWTN that there was a photo somewhere of Kelley “kissing the anarchist flag,” and refused to believe that Kelley was not affiliated with Antifa until he had been proven not to be.

As silly as this is, based on what I’m hearing from my friends online, the number of people who have decided that the Sutherland Springs church shooting was committed by a member or “supporter” of Antifa is not negligible. And I’m sure those people will also not back down until they’ve been given definitive proof that Kelley was in no way associated with Antifa.

I can’t provide the proof they demand, because proving a negative like that is nearly impossible. I also can’t prove beyond a shadow of a doubt that aliens didn’t abduct me and replace my body with an exact replica in the middle of the night, or that Katy Perry isn’t really Jonbenet Ramsey. That’s not how proof works in these circumstances. The burden of proof is on the person making the extraordinary claim, and it’s an extraordinary claim to state that Devin Patrick Kelley did what he did because he was a “supporter” of Antifa.

For anyone who doesn’t know, Antifa doesn’t have “supporters” in that sense. They aren’t a political party with registered members, or a nonprofit who have to report the names of their donors. People don’t show up at Antifa demonstrations waving signs that say “Go Antifa!” It doesn’t work that way. Antifa is a conglomerate of autonomous anti-fascist groups around the United States. You can’t just say someone is “a supporter of Antifa” because that’s not a thing.

Further, nothing that Kelley did yesterday resembles the activities of Antifa. He didn’t show up at a conservative or alt right event and incite a riot. He didn’t turn over garbage cans. He didn’t carry a bludgeon, throw rocks or commit vandalism. He didn’t play music on an irritatingly large stereo. He didn’t surround a group of clerics protesting white supremacy to shield them from attack. He didn’t provide relief for Hurricane Harvey victims.

What Devin Patrick Kelley did yesterday, was walk into the church often attended by his in-laws, and open fire on the congregation. Antifa doesn’t do that. They don’t shoot people. They don’t show up at a regular church service as just one man, and open fire. I’m not aware of a single death, shooting or otherwise, caused by Antifa activity at all. You don’t have to like Antifa or agree with them, but they don’t do things like this.

And, indeed, we find that Devin Patrick Kelley was a domestic abuser. He’d been thrown out of the United States Air Force for assaulting his wife and child. He went to the church where his in-laws worshiped, and he shot as many people as he could. He tried to flee the scene but he was pursued, so he shot himself.

There is no evidence of which I’m aware, that people who are “supporters” of Antifa have committed mass shootings. There are reams of evidence that domestic violence is epidemic. Three women a day are murdered by a current or former male partner. One in four women will be victims of intimate partner violence in their lifetimes. And over half of mass shootings involve a domestic partner.

If you want to point a finger at a violent menace killing people in the United States, you can do so without spreading conspiracy theories about Antifa. You just have to point the finger at domestic abusers, who rarely see a day in jail and who still have plenty of access to firearms. You can point a finger at the NRA who fights tooth and nail to ensure they always do.

I know it’s less exciting than blaming Antifa, but on the plus side, it’s actually true. 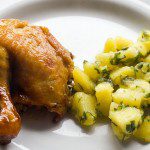