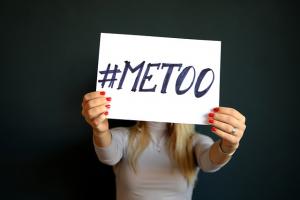 I have seen many men– men I respect deeply and believe are totally sincere– reacting to the testimonies I posted last night with horror and genuine bemusement. Horror that this happened, and bemusement at Donna’s words: “much like how every man knows hundreds of women who have been sexually used, abused, exploited, manipulated, harassed, or assaulted, but none of them seems to know anyone who has done it.”

I think that last question is very significant. Because, quite often, abusers look like nice guys.

How easy would life be, if the only people who ever sexually, physically or emotionally abused others, looked and acted like Leo Johnson from Twin Peaks? But they don’t. They can’t, or they’d rarely find anyone to abuse. Predators most often look like nice people– fun people, well-mannered people. People who are friendly; people with a lot of charisma. Predators look trustworthy. They have to, or the majority of abuse wouldn’t happen.

Predators are people who work to earn trust and then abuse it. Often there are warning signs and sometimes there aren’t. Sometimes you only see the warning signs in retrospect– not because you’re stupid, but because the predator was very good at hiding them. They have to be, or they couldn’t abuse people, most of the time.

A sexual predator can look like any other sort of human being. He can look like a priest, a professor, a politician, a fun youth minister who gives engaging and relatable talks on chastity. He can be a brilliant artist or a talented athlete.  A rascally guy who likes to drink and have fun. A teetotaler. A Charismatic. A traditionalist. A sexual predator might not even be a man, though the majority are.

You probably know one.

I was and am a member of the Sick Pilgrim online group where Jonathan Ryan Weyer was allegedly preying on vulnerable women. Many of my best friends are in that group. We’re like family most of the time; we pray the Divine Office together on live videos at planned times of the day, and vent to each other when we’re upset. I’m not going to say I got to know Jonathan well, but he’s someone I would have trusted. He tended to be more of a stickler for a certain kind of orthodoxy than others in the group; he talked about demons and exorcism more often than most of us. He talked about whiskey quite a bit. He complained suspiciously often about his ex. In retrospect, I should have paid more attention to these things. But there was nothing that frightened me about him. He seemed like a nice guy.

When Jessica, Matt LaFleur (the other moderator) and Donna told their stories, I was flabbergasted.

Other people had seen the warning signs; I hadn’t. In hindsight, it was obvious, but I couldn’t see it.

The other mods were unbelievably quick and professional about shutting the whole thing down as quickly as they found out about it. I wish the whole world could be as efficient as they were in addressing evidence of misconduct. I’ve never seen such a textbook display of how to deal with an abusive person in a community. But it all happened so fast, I was reeling. We’re all still in shock.

Abusers usually seem like nice guys, until it’s too late.

What can we do about this?

For one thing, we all have to keep watching out for one another, no matter what. I wish I could say that was unnecessary. Women have known this for years; we watch each other’s drinks and take partners to the bathroom, just in case one of the nice guys around us turns out to be a predator. That’s not paranoia and we should keep doing it. Men should watch out for us and for one another as well, and they shouldn’t expect gratitude from us for it. I’m sorry if that seems harsh, but I have seen several women posting on Facebook that they’re grateful for all the men in their lives who have stood up and helped them instead of abusing. Do you realized how disordered it is to expect such a thing? It paints not getting sexually assaulted as a treat that women ought to write thank-you cards for, and feeds into the narrative that sexual assault and abuse is a normal thing for a man to do to someone. It ought to be normal to protect one another. You shouldn’t have to think about it, let alone expect thanks.

Another thing we have to do, is trust when we’re told about abuse. We have to trust women when they say that they were victims of sexual abuse or assault. Sure, we can trust but verify, but that has to start with trust. We cannot operate from an assumption that unless an accused person looks and acts a certain way, the victim must be hysterical. Abusers can look like anybody. Most often, they look like nice guys. They seek out victims they don’t think will be believed, and they project an image of trustworthiness. When an abuser gets caught, it is normal for those who knew him to feel cognitive dissonance and shock. You should expect to feel that way,  and you have to remember that it doesn’t mean that the victim is lying. It doesn’t mean you have to believe everything you’re told without verification. But “he was my friend and a nice guy” is not a defense.

That’s the lesson I learned this week.

November 17, 2017
A Message From Two Catholic Victims of Sexual Harassment
Next Post 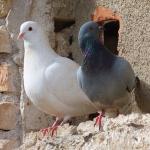 November 19, 2017 The First Sorrow of Mary: The Prophecy of Simeon
Recent Comments
0 | Leave a Comment
Browse Our Archives
Follow Us!