A Message From Two Catholic Victims of Sexual Harassment

The following message was written by my friend Jessica Mesman Griffith, and I share it with her permission:

This is my official statement. You should hear it from me. You’ve become like family to me. I can only say I’m sorry I didn’t speak out sooner as maybe it would have spared others some pain. #metoo indeed.

On Sunday, November 12, 2017, it came to my attention that there have been relationships between Jonathan Ryan, the co-founder of the Sick Pilgrim blog, and various women in the Sick Pilgrim online community–a community that had become, over the last year, a de facto support group for those recovering from spiritual abuse, in addition to a place for artists and writers to come together to discuss what inspires us and/or troubles us about the Catholic Church. (This Facebook community is a private group–one must request to join–but it’s not a secret. We have advertised it on the blog and on Facebook multiple times and invited anyone interested to send us a request to join.)

It quickly became apparent, upon investigation of these claims, that the relationships Jonathan had formed with several women he met through the blog and in the community had in fact been inappropriate, predatory and exploitative.

By Tuesday, November 14, the Sick Pilgrim administrative staff had collected enough testimony and evidence to send Jonathan a formal letter notifying him that he had been removed from the online community and should no longer publish any work or give interviews or public lectures under the name Sick Pilgrim.

We have always been committed to making our community members safe and have removed people from the online group for less. We have had a zero tolerance policy for online harassment that has often been controversial, but I’ve always wanted to err on the side of protection of the vulnerable. I consult with the admin team, but I take full responsibility for the decisions to remove members from the group.

Our decision to dismiss Jonathan Ryan Weyer from both the group and the blog–and to publicly denounce his actions–was based on the following:

–His position in the group was not that of a peer. It was that of a co-founder, former Presbyterian pastor, and current Catholic ministry leader, a holder of public trust. For this reason, he had a responsibility to the members of this group to carry himself with self-control and safety. He did neither.

–He private messaged women in the group with romantic intent, making plans or suggesting to meet with more than one of them in person. At least one has reported that when he met her in person, they had sexual intercourse.
This woman was (1) a good deal younger than him; (2) struggling openly (as narrated in the group) with mental illness; (3) in extremely stressful life, financial, and relational transition, and thus (4) quite obviously vulnerable. The power and position dynamics were simply inexcusable and unconscionable. We have evidence that he indicated to this younger woman that she could expect marriage–going so far as to pick out the chapel where they were to be wed–and that intercourse was part of that trajectory. Even if, at the time, this intercourse was consensual, the woman in question gave her consent under false pretenses. Again, the power and trust differential was severely abused.

–We have received, from multiple people, written statements and screenshots from conversational threads in which Jonathan narrated conflicting accounts of a disturbing predatory experience that I, personally, had with him in August of 2017. None of these accounts corresponds with reality, which included him groping me after I’d had too much to drink. I also received evidence that he was maligning my character and calling into question everything from my writing to my parenting and even my adherence to church teaching, presumably to undermine my credibility in advance of me telling my story.

This is why I believe the women who have come forward. I’m one of them.

Sick Pilgrim–the blog and the group–in addition to being a place for artists and “weirdos” to talk church, was conceived and designed as “a field hospital for the spiritually wounded.” Jonathan betrayed our trust and manipulated people who were attracted to our writing and the online group for this very reason. It is for their protection that he was swiftly and decisively removed.

Jonathan also wrote a number of posts condemning the narcissism and predatory behavior of abusive men–after assaulting me–which now strike us, at best, as disingenuous and at worst, as part of a pattern of grooming women to trust him as an ally.

The Sick Pilgrim community unequivocally repudiates Jonathan’s actions. We are an informal group of artists, writers, and theology buffs–not a legal entity, not a lay apostolate of the Catholic Church, not an intentional community. But it is important–essential–that we protect the marginalized and vulnerable among us, who have come to us for spiritual companionship and support. I will do everything in my power to do so.

To that end, I have also contacted Loyola Press, publisher of the book Strange Journey, which Jonathan and I co-authored about our experiences of healing and wonder in the Catholic Church. As a result, Loyola Press has terminated our contract. All remaining copies of the book will be destroyed. I stand by that decision and applaud Loyola for their swift response.

To say that I am deeply sorry for the wounds this has caused those who trusted us as friends, companions, colleagues, spiritual leaders and Catholic writers is the understatement of my lifetime. I began Sick Pilgrim in part as a project for my own healing from spiritual and emotional abuse, and these experiences and revelations have broken my heart all over again.

If you have questions or concerns or further information regarding this story, you may contact the administrative team of Sick Pilgrim at admin@sickpilgrim.com.

I was also contacted by Donna Provencher, who wants me to post the following statement: 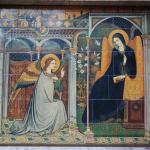 November 15, 2017
The First Joy of Mary: The Annunciation
Next Post 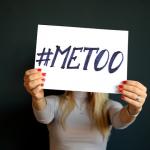 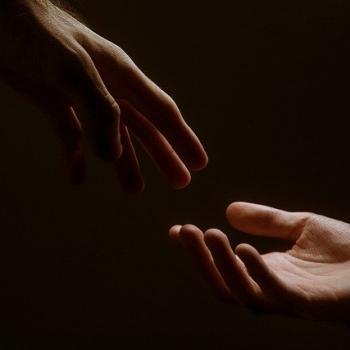 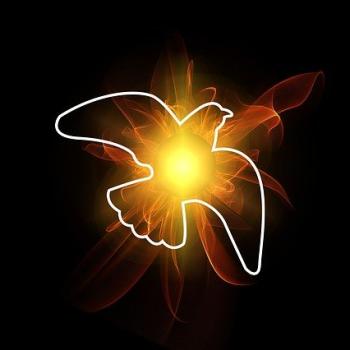