The March for Life: Notes from a Lifelong Activist

The March for Life: Notes from a Lifelong Activist January 19, 2018 Guest Contributor 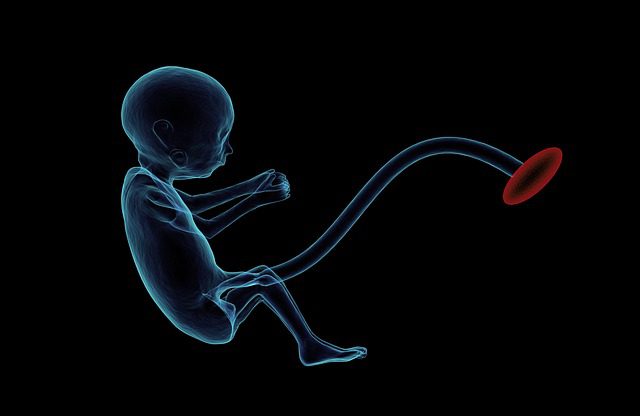 Today marks the anniversary of Roe versus Wade. Today, the 45th annual “March for Life” will crowd the streets of DC. There is enough of a history for precedent: Republican presidents address the crowd. The 45th president of the USA will make an address via satellite. My thoughts are disconnected.

1. There are really only two reasons to oppose abortion: misogyny or the inherent dignity of the human person. In my experience of thirty-some years, both are prevalent but they’re often intertwined.

Misogyny, like many ingrained bigotries, is rarely owned as such by the misogynist. A few clues specific to this issue: if you’d prefer to refer to a womb than a woman, if the fetus strikes you as more valuable than it’s mother, if you’re resentful of the broadening of the term ‘pro-life,’ you might be a misogynist.

2. I grew up in the “pro-life” movement. Both my parents were involved. Dad had been a peace activist prior. He admired Pete Seeger, Gandhi, and Martin Luther King Jr. Mom worked as a teacher. She was the breadwinner. Dad was an activist. It took some years to get someone to pay him to go to jail, and when he did they didn’t pay much. I’m fiercely proud of both. Dad was (is) an articulate loudmouth. The “pro-life” organizations fired him fairly regularly.

Every year we’d have guests in late January. People would come for the march and they’d stay with us. They’d come other times as well, but especially around January 22. Chez Cavanaugh-O’Keefe was going to be a lively, full house, noisy with joyful prayer and song. I imagine it was a lot of work, but as a child it was an absolute delight. Sparkling eyes. Diverse people. What they had in common was that they loved kids and didn’t have enough money to stay in a hotel. The were the best sort.

For the first twenty-six years of my life, including one year in utero, about eight months old, I never missed a march. I went to other protests, but this was the biggie. This one had the energy to invigorate and encourage. The air was alive. Prayer. Life. Love. Humility. Cold toes. And… Who the hell are those guys along the sides with their very serious looking flags? They stand out in this motley bunch…. Mismatched layers. Songs. Crazy people. And pictures. Why the pictures? Who were they for? Huge posters as tall as me portrayed an image permanently printed in my memory: a head, torn and bloody. Dear God… And chant. And families. And wheelchairs. I found that my favorite place to march was at the very end. The Orthodox collected there and they raised their voices in echoing harmonies. Never yelling. Not carrying signs. Just reverence and music.

I was aware of the best and the worst. The best was fierce but gentle. Exuding love. Always, always, singing. The worst was cruel to my mother. Because she had a job. Because she wanted a job. She also needed one if I and my siblings would eat. But she wanted to work and she was (is!) amazing.

When NOW went after Joe Sheidler, Dad was called as a witness. The judge had all these rules about excluded words. It was to be a racketeering case. Not an abortion case. Not a religious case. God was on the list of disallowed words. I’ll tell the story wrong, because my memory is bad, but as I recall: racketeering means offering false services. A “racket.” It’s the crime of organized criminals. And “pro-lifers.” They wanted to prosecute him as a boss of an organized crime contingent. The activists delighted that anyone thought they were organized. One witness was called to accuse.

“Who is the leader? Who is in charge?”

He wondered how to answer honestly. It wasn’t Joe.

“Who?” Pushed the court.

He would be held in contempt if he didn’t answer, so he did. “I can answer the question, but you’re not going to like it.”

3. A year ago politics dropped a catalyst into the (dis)organized movement. For decades, there had been a very effective push to make sure “pro-lifers” understood their goal and role: elect Republicans and cheer. Decades of ties were about to become a noose. Will you really elect a man who has no respect for women as the champion? Can you, with a straight face and no apology, demand support for a misogynist? Well. Damn.

4. (Really, 1. Again.) The thing about the two entwined reasons to oppose about is that they’re mutually exclusive. In practice they’re not. But in theory. If you believe that the dignity of every person is worth protecting by virtue of it’s being a person, you cannot also believe women are not valuable for their own sake, not just your pleasure. In practice, the two coexist easily. One simply has to be a little louder. But when they bump, you have to pick.

5. (Really, 3. Again.) This Trumpeteer for hate, so long as you’re gay, Muslim, Mexican, brown, or Hillary, plunged into the movement. Under his banner, if you gain anything you lose the center. The reason. The core. You lose the raison d’être. Under him you cannot claim dignity! Which leaves you with… misogyny. Friends, flee!

6. The March for Life is not an organized mass. The people there will march under many banners. But this year one of them is misogyny. It’s always been there, but this year it’s not hiding.

7. I don’t call myself pro-life. I am, by most understandings, but it’s not a term that I use. A [friend] was terribly upset when I used the term once. She explained that she had been pregnant. She could not survive the pregnancy b and was given the choice: abortion or death. She chose self-preservation and “pro-lifers” called her a murderer. The term hurt her and insulted her. So I stopped using it. I’m anti-abortion. I’m not ashamed to name the violences which I oppose. I’m anti-abortion. I’m also anti-war, anti-death penalty, anti-racism…

8. Abortion is an idol. For some, it is the thing by which you can judge good from evil. People, easily separated. Sheep and goats. “Pro-life” and pro-choice. Anything, even a good cause, which displaces God will lead you to lies and ultimately Hell. If you think you know everything worth knowing about a person as soon as you get a simple up or down on abortion? It is very likely an idol. Better to set it down until you can refocus on the one true King.

I don’t know how to tie this up. If you’re going to the March, notice and shame misogyny. Please. Stand for dignity. Life is sacred. Do not ally with people who don’t believe it. Do not sell your cause for misogynist pennies, even if they offer a cart for the golden calf.

January 17, 2018
Modesty and Nonsense: A Response to Anthony Esolen
Next Post

January 19, 2018 Keeping the Lights on in Winter
Recent Comments
0 | Leave a Comment
"Oh that will be NICE and pro-life."
Mary On the Patriot Front’s Appearance at ..."
"Apparently there's supposed to be an anti-vaccine (well, anti-mandate, but the speakers are antivax nuts) ..."
Illithid On the Patriot Front’s Appearance at ..."
"The issue is much more complex than that. The issue of sticking to what the ..."
Jack DisPennett A Word on the March for ..."
"I don’t have anything to gain by you coming back. There are bad people in ..."
posterm9DontGiveUpAnonCollie Yet Another Take on The Pillar ..."
Browse Our Archives
get the latest updates from
Steel Magnificat
and the Patheos
Catholic
Channel
POPULAR AT PATHEOS Catholic
1