Modesty and Nonsense: A Response to Anthony Esolen 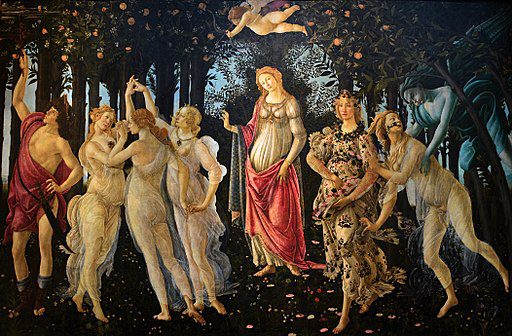 This is getting to be a habit. The inimitable DOCTOR Anthony Esolen, whom I was yelled at for calling “Tony,” writes an article to do with sexuality and naughty bits, and I respond. I am told I must not respond because Doctor Esolen is a “good man and a fellow Christian,” and that makes it wrong to dialogue with him, but I’m not a good woman so I will.

This week, Esolen is not writing at Crisis magazine but at “The Catholic Thing,” a publication with which I’m not familiar. The name of the article is “Modesty and Charity,” which has a much nicer ring to it than “Wake Up Father Martin.” I myself have written on modesty several times, though I tend to think of it more as a function of humility than charity. “Modesty and Charity” is a far more subdued piece than Esolen’s infamous “Wake Up Father Martin” and “Talk to your Father.” That doesn’t mean there’s not a lot that raises the eyebrows, of course.

Some years ago at Saint Eustaby Catholic College, in connection with a “Save the Night” protest, a senior editor of the school newspaper wrote that she should be able to “walk down Eaton Street wearing nothing but flip-flops and a smile,” and not have to worry about being assaulted.

Wow. I find myself agreeing 100% with Tony Esolen in the first paragraph. He’s not fat-shaming a single mother, he’s saying women shouldn’t be raped. Bravo, Doctor. Let’s see if you can keep this newfound respect for women going much longer.

…in an obvious and trivial way. Assaulting people is against the law. If some drunken kid were to run up to her and grab her, somebody else should drag him away, and if the somebody is a policeman, he should haul him away to the precinct. Of course, he should arrest her too for indecent exposure.

That was nice while it lasted. If a police officer comes across a naked woman being sexually assaulted, I hope he puts a coat over her shoulders and takes her to the hospital, but in Esolen’s world she ought to spend the night shivering in the drunk tank.

And I’m a bit appalled that someone who claims to be so horrified by sexual misconduct in general thinks a woman shouldn’t be sexually assaulted for walking around naked merely because it’s against the law. This isn’t “trivial.” Rape is a mortal sin, it’s a sickening affront to the dignity innate in every person; it’s a blasphemy against the image of God that they bear merely by virtue of being human. It’s not arbitrarily wrong to rape a naked pedestrian because it’s against the law, the way it’s wrong to jaywalk or drive on the wrong side of the road. Rape is and ought to be against the law because it’s always wrong.

It’s the attitude behind the girl’s effrontery that sets me to thinking. I remember an incident that happened one summer when I was helping out at a Catholic Worker house in Washington. I’d been painting one of the halls when the doorbell rang. It was the usual sweltering summer in that sinkhole of fog, heat, and graft, so I was shirtless when I answered the door.

There was an Hispanic lady, about fifty years old, who had a few questions to ask, so I went and got John, my boss. He came to the door and they began to talk while I stood by. It was an ordinary request for certain bits of information, not private.

“Excuse me,” she said, breaking off in mid-sentence and looking at me. I made my apologies and went back to painting. John later explained the matter to me. “She’s a traditional lady,” he said, “and you weren’t wearing a shirt.” I got it. I didn’t think she was prudish or rude.

Team Hispanic Lady here, Doctor.  Though I am encouraged that your first example of immodesty in action was a shirtless male. Most writers don’t bother to think of any male examples. You get a cookie. Stop staring like a codfish and put your shirt on before you come get it.

In part, the language of dress is conventional, as all language is, and in part it is not conventional but based upon the nature of the body and the material conditions of the world around us. If I’m in Paris and I utter that legendary sentence from the introductory textbook in French, La plume de ma tante est sur la table, someone will reply, Mais bien sur, and the day will go on in peace and sunshine. Yet that collocation of sounds means nothing in Peoria.

But if I’m in Paris and I pass by a small child playing on the sidewalk, and I glance his way and smile at him and his mother, I have communicated the same delight and approval as I would in Peoria or Poona or Papeete. The gesture is universal.

Why are you dissing Peoria? I’m sure there are people in Illinois who understand 101-level French. Even I understand 101-level French. But I think that if an American randomly started ranting about la plume de ma tante to a Parisian, they’d ask “Quelle table?” or glare at you and go back to their cigarettes, rather than meekly saying “Mais bien sur.” And smiling at the mother of a small child is not truly a universally understood gesture of delight and approval either. For example, if the person responsible for writing anything as smutty as “Wake Up Father Martin” looked at my child and smiled at me, I’d pick up the child and run.

Esolen then makes an unintelligible crack at “the prudes of vice,” which would be a fantastic name for a rock band, and starts naming behaviors which are only wrong according to their context. He talks about shouting first, which is a pretty good example, and then fighting which is okay. He might have talked about just and unjust war and I would have been with him one hundred per cent. But he harps on “happy aggression” and his assumption that it’s perfectly normal and wholesome for little boys to wrestle and beat each other up as long as they’re not indoors or in the presence of girls. The example makes no sense. It’s not okay to be violent in the first place. Violence is not something automatically in the nature of males like a nocturnal emission. It’s not more wrong to fight in front of girls as opposed to any other sort of human being. I find it genuinely worrying how Esolen always finds an excuse to talk about little boys fighting. The supposed wholesomeness and even beauty of little boys fighting is one of the overarching themes of his oeuvre.

So also with immodest dress. A woman who dresses to show off her form in a provocative way is saying either, “I want you not to look at my face but at more important things lower down,” or “To hell with you.”

Let me be clear. If I see a woman whose dress seems like a strip of plastic wrap, to be used once and taken off, thoughts of sex come immediately to mind, which is what the woman intends unless she is a fool. So I check myself and turn aside. I don’t want to think those things.