Notes on Our Lady While Sick in Bed 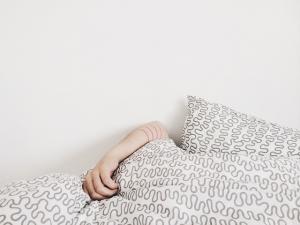 Apologies for the radio static, my friends. My chronic illness is apparently not Catholic and decided to crash land me in a post-Christmas fatigue and head fog spiral even though it was only December 30th. I’m beginning to get better now. Might even make liturgy as early as Sunday.

I’ve been bedbound or couchbound without the attention span to read books for 120 hours now, so I’ve been puttering online to keep sane. I’ve played many games of Tetris while listening to audiobooks. I discovered that if you score over ninety thousand in the original game for NES, the little rocket that goes up at the end turns into a big pink space shuttle. And if you score over a hundred twenty thousand, Saint Basil’s Cathedral rockets into the air.

I’ve watched a few of those three-minute online recipes, which irritate me on the whole. I especially don’t like the ones with the Pioneer Woman, who is a charming woman and certainly a talented cook, but who insists on narrating everything in the future tense instead of the present in the exact moment she’s doing it. “I’m just going to toss these pecans in the spiced sugar,” as she tosses the pecans in. “I’m just going to add a bit of melted butter” as she pours on the melted butter. “I’m just going to turn that oven down to three hundred fifty” as she turns the oven down to 350. It’s nerve-wracking, as though she’s some kind of failed psychic who can only predict the future as it happens. Her pecan rolls look delicious, though.

Another thing I’ve been doing as I convalesce, is spending more quality time with random people on the internet. I belong to quite a few facebook groups. I have all kinds of bizarre conversations.

I don’t doubt that the most holy Theotokos is kind, patient, consistent and friendly. And she’s certainly PEACEFUL all caps, as Heaven counts peace; it might not look like an earthly or traditionally feminine idea of the thing at times. Sometimes true, Heavenly peace looks like overthrowing all that the world holds in esteem and establishing the lowly in the highest place. But I think she’s also valiant, regal, eerily contemplative, the very seat of the Divine wisdom, and relentless as all get out in the pursuit of justice for her oppressed children. She is the teenage girl who said “so be it” to the will of God even though she was likely to be stoned to death if she did what God asked. She is the Lady  who followed her Son during His whole public ministry including right up to the foot of the cross when most of His best friends had done the sensible, self-preserving thing and run away. Exactly how Marian are you willing to accept, in a match?

willing to pray the rosary with me daily.

I prefer the Small Paraklesis, myself.

Someone who has not been married, unless your husband died.

I imagine he wants documentation that you didn’t actually kill him yourself, but he doesn’t mention that part.

Knowledge of health and raising children.

You’re not allowed to have been married before, but you’ve got to have motherhood down to a science right off the bat. Wouldn’t it be nice if that were possible?

Once married, you must be open to at least the 1950s Catholic modesty standards in public, which can be found on the Internet.

January 5, 2018 A Winter Request from the Friendship Room
Recent Comments
0 | Leave a Comment
"Protesting has started in my town where I never thought it would happen. It was ..."
Abaxvahl The Pentecost Riots
"What's interesting is that those politicians who have up until now thought that acquiescence with ..."
VicqRuiz If You’re Angry About the Looting ..."
"Thank you, I'll check it out!"
Mary If You’re Angry About the Looting ..."
"Do we have any evidence that Abby was contacted except that Abby conveniently remembered this ..."
Mary The Jig Is Up: A Review ..."
Browse Our Archives
Follow Us!