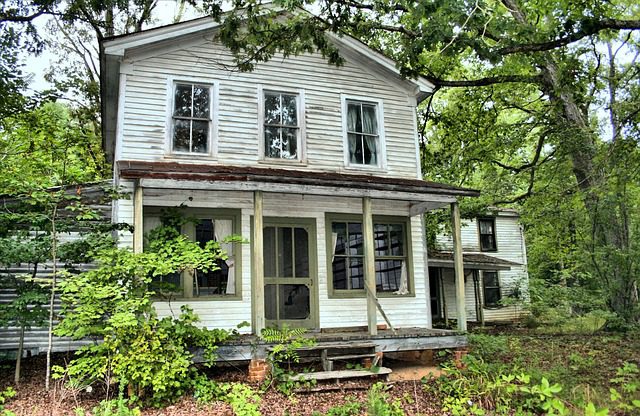 There’s plenty to raise the eyebrows in this article, but I’m just going to respond to one paragraph. This paragraph touches upon a topic with which I have a lot of firsthand experience, but I don’t believe that Dreher does. The topic is poor neighborhoods.

“Let’s think about Section 8 housing. If word got out that the government was planning to build a housing project for the poor in your neighborhood, how would you feel about it? Be honest with yourself. Nobody would consider this good news. You wouldn’t consider it good news because you don’t want the destructive culture of the poor imported into your neighborhood. Drive over to the poor part of town, and see what a shithole it is. Do you want the people who turned their neighborhood a shithole to bring the shithole to your street?”

This will astound Rod Dreher, but I don’t need to drive to a poor part of town. I live in a poor part of a poor town, right on the borderline between the worst part and the rich neighborhood.  I used to live on the poorest street in town. I know. It’s so hard to imagine that poor people are human, some writers tend to bumble through their articles presuming that everyone who reads them is middle class or higher. But poor people have computers or access to libraries that do. We use the internet. We can see what people say about us.

And he’s right. Poor people’s neighborhoods are not desirable places to live. That’s why we live here: because we can’t afford anything nicer. But it’s not because of “the destructive culture of the poor.” Poor people don’t belong to a “culture” all our own; we’re the financially less fortunate members of any culture. A person can be impoverished for all kinds of reasons.

Like Rod Dreher, I once believed that poor people usually deserved what they got. I thought that the main cause of poverty in the United States was being a bad person. I thought that anyone with that American can-do attitude could succeed. Further, I thought that no one was so poor that she couldn’t keep herself neat, clean and sweet-smelling. I could understand poor people living simply, but thought poor people living filthily in sh*thole neighborhoods was their own sloppy fault. Anyone with self-respect could keep their houses and their appearances respectable, if only they tried. All it took was hot water and elbow grease.

And then I ran away from my abusive upbringing. And then I got very ill, and needed a few emergency surgeries. And then I was too sick to work. And I found out how wrong I was.

When we moved into this house, we didn’t have any furniture and we couldn’t afford to buy furniture.  It was the first rental we’d ever been in that wasn’t furnished in any way, but we were too thrilled to not be homeless to think about that. It had been a very close call, but with help from our families, we’d made it.

We happened to move a few days after Bulk Cleanup, when a specially sized garbage truck would drive through the neighborhood picking up any garbage that was too big to fit in bins. We scrounged our furniture from things left out for Bulk Cleanup. We got mattresses but no frames; a dining room table that almost stood up on its own; a couple of chairs that smelled like wet dogs; a pull-out sofa that squeaked and crackled when we sat on it. We arranged them in our new house, and called it home.

Then the Bulk Cleanup truck came through, picking up the last of the trash and broken furniture behind every house except a few. Some houses had piles of garbage that were never collected. These were houses of people who had fallen too far behind in their water bills. Steubenville has some of the most expensive water in the country and there’s very little assistance available for water compared to other utilities. We ourselves had been in peril of shutoff a few times, but we’d always managed. Other people weren’t so lucky. And since the water bill is paid to the City Utility Office, when they were shut off, they were also denied garbage pickup. The garbage collectors had a list of houses not to visit, and they left their trash behind.

Do you know how a mattress smells after it’s been rained on and left to rot for a few weeks?

That’s what everyone in the neighborhood was suffering. Every block or two had its abandoned pyramid of mattresses and torn sofas. Scrappers would take the springs from the sofas, but the plywood and cloth rotted in the alleys.

Michael and I were suffering for other reasons. Our vacuum broke that summer and we couldn’t afford a new one. We didn’t have money to get the lawn mowed or to buy a mower, either, and we didn’t know anyone in town from whom we could borrow a mower. The grass grew high and the carpet grew ripe. A dear friend from out of town sent us eighty dollars to buy a vacuum, and we fixed the carpet situation. Eventually we saved up for a weed eater and a long extension cord. But the yard still looked like trash most of the time, because it’s hard to mow a whole yard with a weed eater and extension cord. We’ve finally got the hang of it, but it was difficult.

While the grass was high, I heard people wandering by my house, muttering “some folks ain’t got no pride.”

I had pride. I was mortified at how the yard looked. I just had no way in the world to fix it. No one would help us, not for far too long. People kept staring and laughing, but they didn’t ask why we hadn’t mowed it. They presumed that we were lazy. My husband once went outside and tried to attack the lawn with a pair of hand clippers, but he only got a few feet in an hour. And they still thought that the problem was we were lazy.

And then there was the situation with the laundry. We didn’t have a washer and dryer. When we’d moved, we’d thought we could just carry things to the laundromat several blocks away until we thought of a different idea, but with the price of water in Steubenville, the laundromat is an astronomical expense.

I’ve written before about the chore of hand-washing laundry in the bathtub and drying it on racks. Some people wax eloquent on the delicious smell of line-dried clothes. But they’ve never lived in a poor neighborhood with mounds of rotting furniture in the alley, a rainy climate and no safe place to hang a clothesline.