Now Is The Son of Man Glorified 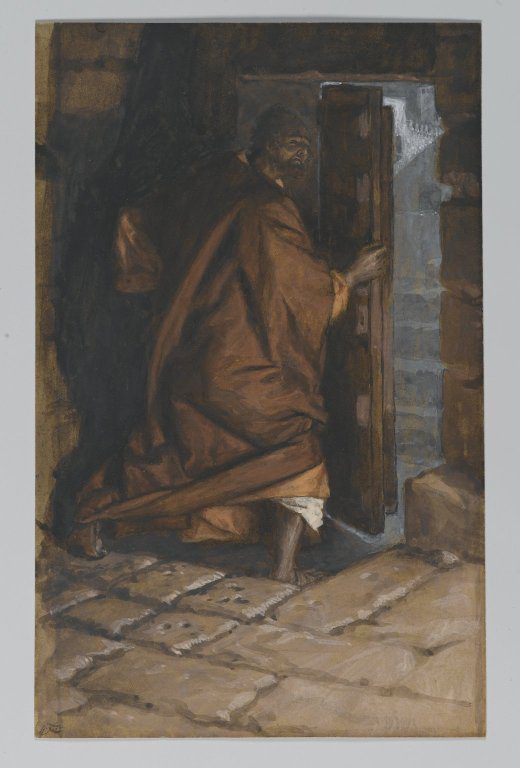 From the reading for Holy Tuesday:

So he dipped the morsel and took it and handed it to Judas,
son of Simon the Iscariot.
After Judas took the morsel, Satan entered him.
So Jesus said to him, “What you are going to do, do quickly.”
Now none of those reclining at table realized why he said this to him.
Some thought that since Judas kept the money bag, Jesus had told him,
“Buy what we need for the feast,”
or to give something to the poor.
So Judas took the morsel and left at once. And it was night.

Simon Peter said to him, “Master, where are you going?”
Jesus answered him,
“Where I am going, you cannot follow me now,
though you will follow later.”
Peter said to him,
“Master, why can I not follow you now?
I will lay down my life for you.”
Jesus answered, “Will you lay down your life for me?
Amen, amen, I say to you, the cock will not crow
before you deny me three times.”

Now is the Son of Man glorified, and God is glorified in Him.

Now, when one of His beloved friends has left to sell Him to His murderers.

Now, when another of His beloved friends is about to deny even knowing Him, three times in succession before the night is over.

They will all fail Him.

Judas is the one who went down in history as a traitor, but they will all betray Him within twenty-four hours. The only difference is that Judas will despair and destroy himself, dying still a traitor, while the others will repent. But they will all betray Him and what He tried to teach them in their own way– striking with the sword, denying Him, running away. His friends are all failures, and so are we. Every one of us is a traitor to His undying love.

Yet He still loves.

He chose them, and us, knowing just how we will fail Him. Because He loves. Because it is right that He should love. Because He longs to be with us, even though we will hurt Him.

He has always loved perfectly. Now, at that last Passover, His love is tested, and proven.

Now is the Son of Man glorified, and God is glorified in Him. Because He is faithful to the end, even when we are not.

March 28, 2018 Night in Gethsemane
Recent Comments
0 | Leave a Comment
Browse Our Archives
get the latest from
Steel Magnificat
Sign up for our newsletter
POPULAR AT PATHEOS Catholic
1