The Amelia Bedelia Of Interreligious Dialogue 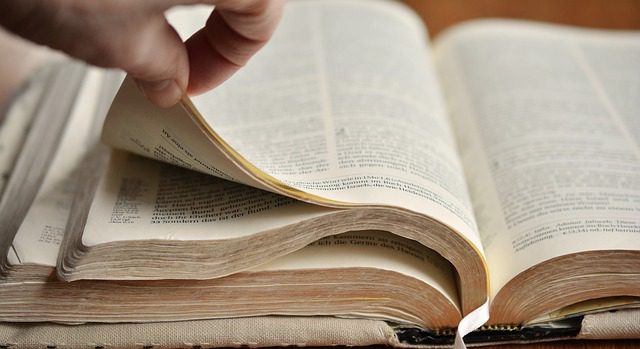 Several weeks ago, I  shared my first meditation on the Seven Last Words of Christ.

I posted my meditation on the first of the Seven Last Words”Father, Forgive them, for they know not what they do.”

Someone I hadn’t interacted with before commented, “That’s ten words.”

I explained that that was the first of the Seven Last Words of Christ, a Lenten devotion going back centuries in many denominations of Christianity. I posted a link to the Wikipedia about the devotion so I wouldn’t have to explain the whole thing.

The commentator did not read the Wikipedia link. He began to school me on how it was misleading to say “seven last words” when you meant “ten words” and anyway I didn’t know my gospel, because there were a couple candidates for the very last words Jesus “supposedly” uttered and “Father, Forgive Them” wasn’t one of them.

I explained again that I meant “word” as in saying, adage, phrase, logos, mashal, parable, and that this “word’ was the first of seven “words” Jesus spoke during His crucifixion. I hope that it’s clear to most of my audience that “word” doesn’t always mean one literal word. If your boss said “may I have a word with you,” you wouldn’t walk away after the first single word out of her mouth. If you opened a blog post called “A Word On Napkin Etiquette” you wouldn’t be offended to see that the post actually contained eight hundred words. Well, I’ll bet this person would, but I mean a normal person wouldn’t.

I said “Whatever, Amelia Bedelia” and went about my day.

I trust that most of my readers are familiar with Amelia Bedelia, the slightly horrifying character from Peggy and Herman Parish’s interminable children’s book series. Amelia is a maid for the long-suffering Rogers family. Based on her colloquialisms and naivete I suppose she’s meant to be a simple girl from the country who doesn’t understand big city ways. Every time the Rogers’s leave for the day, Amelia ends up throwing the house into chaos by taking everything on her to-do list literally. She dusts the furniture by covering it in dust, removes spots from laundry with a pair of scissors, and prunes the bushes by hanging actual prunes on them. I don’t even want to recall what she did when Mrs. Rogers arranged a “shower” for a pregnant friend. Weak as the premise sounds, the Amelia Bedelia series has gone on for twenty-seven books, not to mention a spinoff series about her childhood.

When I was in the second grade, I enjoyed Amelia Bedelia books, but I quickly noticed a disturbing trend: Amelia Bedelia wasn’t as ignorant as she seemed. Amelia Bedelia “innocently” misinterpreted the exact same phrases differently depending on her situation in order to get the absolute worst result. In the first book, she “trimmed” the fat on the Porterhouse steak by decorating it in festive bows. Several books later, she “trimmed” the Christmas tree by cutting off its branches. This meant that she actually understood both meanings of “trim.” She was applying the meaning of “trimmed” that obviously wasn’t the real one– indeed, the meaning that would cause the most suffering for her employers– in each case, but she knew both.

The obvious conclusion is that the hidden narrative of the series is far more sinister than the premise immediately suggests. Amelia Bedelia is not a simple country girl who doesn’t understand idioms; she’s doing it on purpose. She’s a psychopath bent on driving Mr. and Mrs. Rogers to insanity just for fun. At least, that’s how it looks to me.

If Amelia Bedelia weren’t a maid, perhaps she would have been an internet commentator trying to pick fights about religion.