The March For Our Lives IS a Pro-Life March 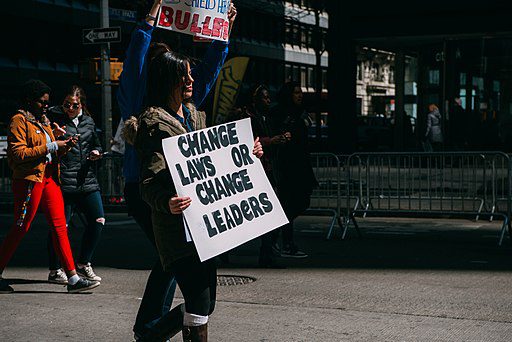 If you have ever loaded your child onto a bus to the annual March for Life because you felt it was important, I don’t want to hear you say anything about the children and young adults who participated in the March for Our Lives being “indoctrinated.”

If you have ever shown The Silent Scream to your children and then taken them out on Saturday morning to picket the local abortion clinic, I don’t want to hear you say anything about the Parkland Shooting survivors being “coached.”

In fact, if you’ve ever opened a catechism, grounded your child for hitting another, or done anything to instill values in your children, you need to shut up about the courageous protesters today being influenced by any adult’s “agenda.” This is what parents are SUPPOSED to do: we are supposed to teach our children to value what is important and to speak out for those who are in danger. It’s not indoctrination. It’s education.

And, in this horrendous anti-life culture we live in, our children are the ones who are in danger. From the womb to adulthood and beyond, they are in danger. And right now they’re speaking out, for their own lives, and the lives of all their friends and classmates.

I have seen people lamenting that today’s youth aren’t as on fire for the “pro-life movement” as they are for stopping school shootings. And to me, this is a demonstration of where the mainstream, oldschool pro-life movement has gone so terribly wrong. The March for Our Lives is a pro-life march– it’s a march to protest the killing of people. That’s pro-life. There is nothing that is not pro-life about what happened in Washington and all over the country today.

There is nothing that is not pro-life about Emma Gonzales’s impassioned speech, nor her recollection of her friends’ deaths. She was crying out against the injustice of their senseless killing. That is pro-life.

There is nothing that is not pro-life about young Naomi Wadler’s speech demanding justice for female African-American victims of gun violence. She was speaking on behalf of people whose lives have been valued as so much less since this country was founded. That is pro-life.

To be pro-life is to value life, to speak for life and defend life, to mourn for lives which have been unjustly cut short, and to fight for a society that never again disvalues the lives of human beings.

I applaud them, and everyone who marched and spoke and protested with them, for their pro-life stance. And I applaud their parents, teachers and any others who “indoctrinated” them to value life and to take a stand for life. I applaud whoever it was who taught these young people to speak out for justice and to keep speaking out no matter what opposition they meet. We need more such teachers, parents and students. We need a whole nation of teachers, parents and students this on fire for life.

We ought to be encouraged by the witness of these young people. And anyone trying to divide us, as if the safety of the unborn is somehow diametrically opposed to the safety of schoolchildren or women of color or any other sort of human being, ought to be ignored.

March 25, 2018 Yes, We Do Know Better Than The Founding Fathers
Recent Comments
0 | Leave a Comment
Browse Our Archives
Follow Us!