Banished By Mark Shea is at it Again 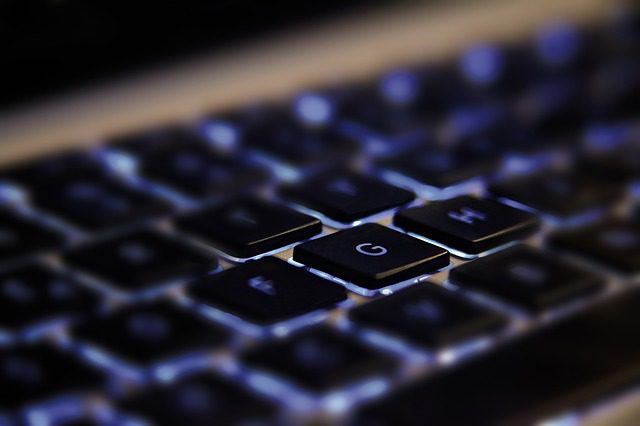 Raise your hand if you’d be surprised to find anti-Semitism in the supposedly secret Facebook troll group “Banned By Mark Shea.”

Yeah, me neither. Which is why I was not surprised when a couple of my concerned friends sent me screengrabs of the delightful members attacking my friend Rebecca Bratten Weiss for her ancestry here on the weekend of Hitler’s birthday. 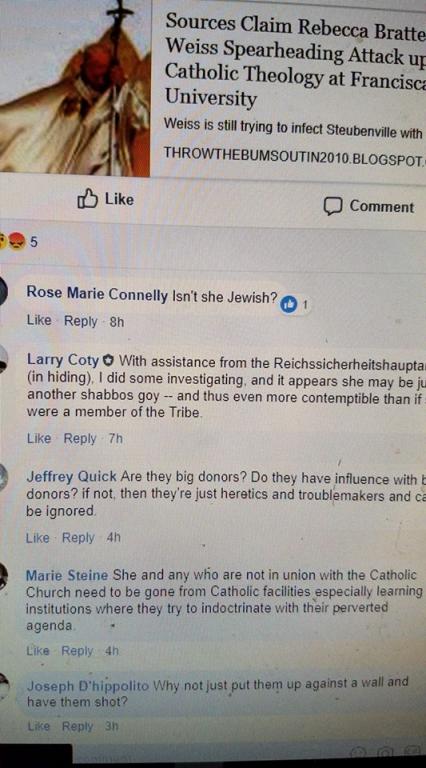 Here’s a close-up of the ending here, since it’s blurry. 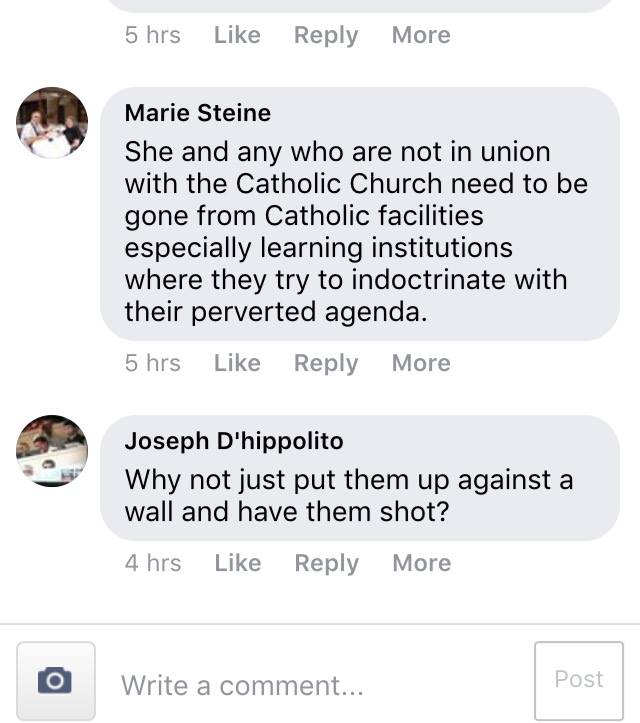 This was all apparently occasioned by a typically deranged conspiracy theory postulated by none other than Michael Voris, wherein Rebecca was portrayed as some kind of evil mastermind for Jenn Morson’s excellent article on the sexual harassment and rapes at Franciscan University of Steubenville. For the record, Rebecca is too busy working full time, editing an excellent journal, tending an organic farm, homeschooling three children and being a faithful practicing Catholic to take part in a secret Jewish conspiracy.

Scratch a violent internet troll, find a violent anti-Semite, as the saying goes. If that’s not a saying, it should be. Also if you scratch any of these people you should wash your hands.

I think that a lot of devout Catholics are going to be very confused when Christ returns in glory and reveals that He was Jewish all along– indeed, He had planned to be born as a Jew from the beginning of time, invented Judaism, and chose twelve Jews as His apostles– thus making the whole of Salvation history, the Apostolic succession and the preaching of the Gospel all one big Jewish conspiracy.

I also think that Facebook needs to quit tolerating private groups where people rant about Jewish conspiracies and foment the shooting of Jews. I think that by this point in history we realize that it’s just not an okay thing to fantasize about.