What Does Modesty Have to do With It? 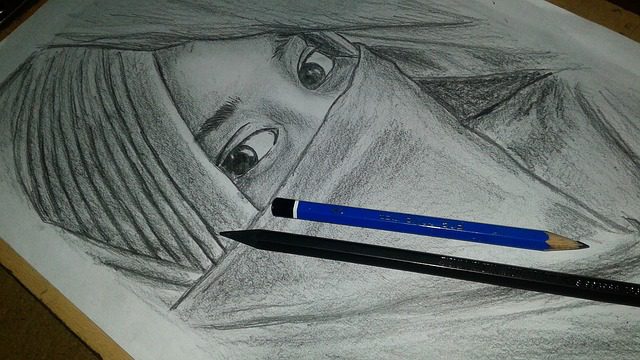 A surprising number of people have responded to the story about the sexual harassment at Franciscan University  by asking me, “So how do we get women to dress modestly?” as if that was the point.

I really don’t know how you look at a story like that one and see modesty as the takeaway. It starts with a professor insisting that female students dress a certain way in the classroom and then writing a horrendous op ed justifying sexual harassment and rape as being somehow the victim’s fault; then it goes on to stories about women who were raped in their sleep, in the bathroom and by designated drivers at and around that university, and blamed for it, and denied justice. I presented a link to that article, and then spoke about the objectification of women, especially when women are objectified by being  blamed for their own rape.

And people started asking me about modesty, and how we can make women cover up.

I was accused of saying that “modesty for women is passé now.” I was asked if I thought that, since it was creepy and intrusive for a professor to have a list of modesty rules for his female students, it would be better for women to take other women aside and gently correct them for their immodest garments. People honestly thought that modesty was the whole point of what’s going on at Franciscan University.

How can you look at horrendous objectification and victimization like that, and claim that the real issue is modesty?

I myself do dress pretty modestly. I don’t think I’m more virtuous than people who show more skin than I do, but I do feel called to dress modestly as part of my faith. I wear long skirts and scarves to church; I make sure my shoulders and bust are covered; I don’t wear shorts that go above the knee, when I do where shorts at all. I still got raped. I don’t cover nearly as much skin as my Orthodox Jewish friends who practice tznius and always keep their elbows, knees and collarbones covered even at the beach. Orthodox Jewish women still get raped. Neither one of us covers as much as a woman who wears hijabi outfits, but they get raped too. Women who never leave the house without a niquab or burqua have been raped. Women who never even go outside have been raped. All you have to do is pick up the Bible to find a story of a modest woman who never left the safe walls of her father’s palace, never interacted with men who weren’t her own relatives, and still got raped.

Because rape isn’t the victim’s fault.

Women take all kinds of precautions to keep from getting raped. We lock our car doors. We go to the restroom in groups. We stay one drink behind our dates and watch each other’s glasses for drugs. We take self-defense classes. We keep a gun in the bedroom. We sleep in our jeans if the door doesn’t look very sturdy. Women have done all this and more, and still gotten raped.

Because rape isn’t the victim’s fault.

I was raised to think that “if you dress trashy, men will treat you like trash.” I parroted that phrase to other children when I was very young. I believed it. A chastity speaker told me that “you use a certain type of bait to catch fish at the bottom of a lake. You wear a certain type of clothes to catch bottom-feeders too.” I didn’t want to attract bottom-feeders or have men treat me like trash.

Now that I’m older, I realize that men who are determined to treat women like trash will treat them like trash no matter what they wear. Some of the trashiest men specifically go after modestly-dressed girls because they expected those girls to be naive, obedient and easy targets. Some trashy men attack nuns, or women in hijabs. I have also met men who act more courteously to modest women than they do to women who dress in a way they consider trashy, of course. But why would I want them to respect me? They demonstrate by their behavior that they don’t care about women as children of God with intrinsic value; they care about clothing. They’re every bit as shallow as men who only respect women who  dress in sexy designer clothes. Real godly men respect everyone, as Christ did.

Practicing virtue doesn’t mean you don’t get hurt, abused or victimized. Catholics should know that better than anyone. Christ was without sin His entire life; He was perfectly charitable, perfectly merciful, perfectly just, and also perfectly modest and chaste. And He did not avoid becoming a victim. A mob stripped Him naked and lynched Him. The same kind of people who killed Christ raped, tortured and brutally murdered the martyrs, who were models of virtue. So they do today. Rape and sexual harassment have nothing to do with chastity on the victim’s part and everything to do with unchastity and violence on the part of the attacker. When you see a person who has been sexually assaulted or harassed, you can’t guess anything about that person’s virtue, but you know plenty about the lack of virtue of the one who did this to them.

I can’t tell any of my readers how they ought to dress. It’s none of my business. Modesty is a personal matter between yourself and your creator, so that your clothing represents your true self and who you were created to be. It’s not a matter for other people to call out and shame. I certainly don’t think women should henpeck other women about it, nor should professors have a dress code that specifically shames women and not male students.

More relevantly right now, though, what does modesty have to do with the situation at Franciscan University?

What does modesty have to do with rape?

April 18, 2018
We Will Survive a Day Without Starbucks
Next Post