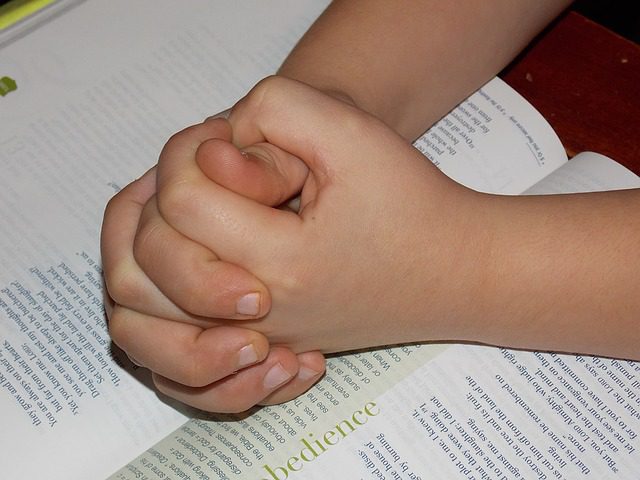 As many of you already know, Raymond Arroyo, a man whose television program I avoid like the plague, was griping about today’s youth this week. He was offended that the Pope– or anyone, for that matter– was listening to youths from all over the world, instead of to important people like Raymond Arroyo. I decided to ignore him, until I found that even people who like Arroyo’s show were chiding him, so I decided to listen to his remark.

“Why are we listening to young people, who really haven’t experienced a lot of life, or of God, frankly?” Arroyo griped.

Young people, taken as a whole, have not experienced a lot of God?

I question very strongly whether we should evaluate a person’s sanctity based upon their “experience” of God in the first place, but let’s just gloss over that, at the moment. Young people haven’t experienced a lot of God?

The Most Holy Theotokos was probably about fourteen when she was visited by the Angel Gabriel. She didn’t experience a lot of God?

Saint Dominic Savio didn’t experience a lot of God before his death at the age of fourteen– yet the Church still saw fit to canonize him? Saint Patrick who prayed one hundred times a day when he was an enslaved captive in his youth, didn’t experience a lot of God? What about Little Nelly of Holy God?  Saint Joan of Arc? Saint Bernadette? Saint Maria Goretti? Saint Timothy? Saint Therese? Just about every virgin martyr including Agatha and Lucy who are mentioned every Sunday in the Roman Canon? And every saint who experienced a conversion in her or his youth and then went on to live a life of virtue based upon it?  Are none of these more of a spiritual authority than Raymond Arroyo?

Much wiser and more eloquent people than I have commented that the Lord is eternally a child– and also eternally ancient, which is why Baby Jesus often looks like a grown man in icons. But God is ancient without losing those characteristics that make youths so annoying to people like Raymond Arroyo: He is completely intolerant of evils that we stodgy grown-ups have decided are inevitable. He refuses to take “no” for an answer when the question is injustice. He sees evil for what it is, and calls it evil, and demands that it be eradicated whether that’s practical or not. He refuses to accept that school shootings are inevitable, or that racism cannot be overcome, or that vulnerable people must die if they’re inconvenient. He refuses to revere popular idols, such as politicians, whom we’ve all decided must be worshiped in the name of some eventual good. He refuses to sacrifice human beings for the sake of industry and “progress” but insists that we place people as our priority. He demands good stewardship of the environment and respect for all life, no matter how much we’d like to ignore such things and focus on making money.

And while refusing to tolerate evil, Our Lord has the keenest appreciation for good. He has a childlike love for everything that is beautiful, fun, playful, innocent and silly because He loves it when His children are happy. He wants us to be happy all the time. In Heaven we will be free from the chains of our pride and self-importance that make us so formal. We will be overwhelmed with beauty, fun and play forever, and He who played upon the waters before the world was made will be there in our midst, the most playful of all.

The Lord Himself became a human child, once upon a time, and before He’d gotten very old we all murdered Him because He got on our nerves.  It was grown-ups who crucified Christ– mature, dignified, practical men of both the secular and the religious variety. And He is the only One there could ever be, who has perfect knowledge of God or anything else. I think it would do Arroyo good to meditate on that before he goes back on the air claiming to represent Catholicism.

That’s not to say that youths are perfect– nobody is, except Our Lord and Our Lady. Children aren’t; teenagers aren’t. Nor am I, not by a long shot. But to callously discount the religious experience of a whole class of people because they’re not like you is a prideful, bigoted mistake.

If you and Arroyo and I can’t find a way to become like these young people, we will never enter the kingdom of Heaven.

April 16, 2018 Franciscan University, Title IX, and the Objectification of Women
Recent Comments
0 | Leave a Comment
"Oh that will be NICE and pro-life."
Mary On the Patriot Front’s Appearance at ..."
"Apparently there's supposed to be an anti-vaccine (well, anti-mandate, but the speakers are antivax nuts) ..."
Illithid On the Patriot Front’s Appearance at ..."
"The issue is much more complex than that. The issue of sticking to what the ..."
Jack DisPennett A Word on the March for ..."
"I don’t have anything to gain by you coming back. There are bad people in ..."
posterm9DontGiveUpAnonCollie Yet Another Take on The Pillar ..."
Browse Our Archives
get the latest updates from
Steel Magnificat
and the Patheos
Catholic
Channel
POPULAR AT PATHEOS Catholic
1