Franciscan University, Title IX, and the Objectification of Women 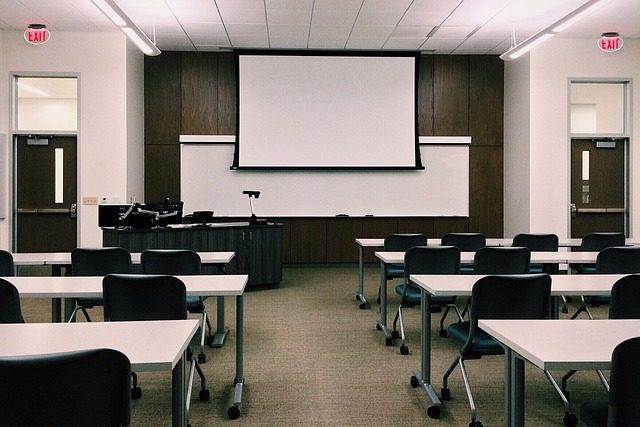 There is a weird attitude I’ve encountered all around Steubenville, that defending Franciscan University is somehow the same as defending Catholicism– as if every criticism of the university and its surrounding culture is a criticism of the Church. You just have to look at my combox some days to see it in action; these people think any negative word about the University or the culture that surrounds it here in Steubenville is pernicious heresy against Catholic teaching.

This association of the reputation of a man-made institution with the reputation of the Church isn’t unique to FUS, of course. When I lived in Columbus I was in homeschool groups which regarded complaining about the disadvantages of their particular homeschool group, or saying anything nice about anyone else’s, as an attack on orthodox Catholicism. Before that, when I was in Catholic elementary schools, I have the impression that same rule applied to them. As if any brick-and-mortar building run by a bureaucracy, or any curriculum named after a saint, any get-together no matter how well intentioned, carried the same (or better) infallibility as the Pope speaking magisterially. As if nobody ever did an evil thing with the Catholic church as their excuse.

But I think we all know better. I know that FUS is a human institution– an institution with some wonderful things going on there. I had great experiences with the faculty in the grad philosophy department, and I made some good friends among the students there. Some of the priests are very good people. The daily Masses, confessions and adoration are great to have. I’m glad somebody’s teaching catechetics, though I still don’t know what it is. But Franciscan University is a human institution nonetheless. It’s in no way the same as the Catholic faith. Where it strays from the social teaching of our Catholic faith, it has to be called to account and reformed, and an article that came out today presents evidence that it has strayed a great deal.

Human beings are always worth more than man-made institutions. Man-made institutions are given to us to serve human beings, and wherever we see the reverse happening, we see idolatry. No human ever deserves to be sacrificed to a bureaucracy. Better that any institution be brought to the ground than that they should hurt one precious child of God. We have to critique our institutions and point out their blind spots. This is our duty as Catholics as well as decent human beings.

That’s why I’m drawing your attention to Jenn Morson’s recent article about the horrendous mishandling of sexual harassment at Franciscan University of Steubenville.

It’s evident from this article that FUS has a terrible problem with the objectification of women. It doesn’t immediately look like many people’s idea of objectifying women, but that’s what it is. Oftentimes when women are objectified it looks like strip clubs and pornography. But any attitude that a woman is an object for the male gaze, or that women are responsible for men’s behavior, objectifies women. A professor telling a woman that  she can’t take a social science class if her shoulders are bare objectifies her. I don’t think tube tops are nice either. I think decorum in the classroom is important. And if a professor wants to insist on business casual clothing in his classroom for both men and women, or something of that nature, I’d get right behind that. But providing a very long list of forbidden garments, the vast majority of which are only worn by women, for the purpose of keeping women’s flesh hidden so that no one is tempted, is objectifying women every bit as much as if the professor had asked women to show more skin. So is presuming that a woman who is a victim of sexual assault must have brought it on herself by engaging in risky behavior. So is claiming that women acting chastely will protect them from sexual harassment, therefore if sexual harassment happens it must bet the woman’s fault.

Any time you presume a woman is FOR men– for gratifying men’s urges or for virtuously protecting them from unchastity, either one– instead of acknowledging that men are responsible for themselves, you objectify her. Chastity is an important virtue for men and women, but female chastity is not FOR the purpose of keeping male professors from lust. Male professors are supposed to do that themselves, whether students are chaste or not. It’s important for women to be savvy and protect themselves in potential rape situations, but not FOR the sake of keeping men from committing crimes that might ruin their college careers. It’s to protect ourselves. And the sad fact is that it’s not always going to be enough. There will always be situations where the rapist is cleverer or luckier than his victim, even if the woman took every reasonable precaution. Look at the incident with the designated driver. That was a woman taking caution and still getting raped. But if you presume that a woman’s effort is FOR the sake of men, you’ll always look at a man’s misconduct and try to find a woman to blame.

And if you have a regular habit of objectifying people, you’ll certainly end up abusing them. Just like the people at FUS who should have helped rape victims ended up compounding their trauma and letting the guilty party get away. The priest who presumed a rape victim needed confession and then betrayed her confidence. The board that asked a woman who had been raped IN THE BATHROOM what she was wearing in the bathroom. The receptionist who praised the “nice guy” in front of his victim.

And that culture of objectification can become so pervasive that it will become invisible. Everyone will just go ahead and presume it’s normal. They won’t see it anymore. Anyone who tries to point it out will look crazy.

And so we see it happening at Franciscan University. I think that, at some level, most people knew that this sort of thing was happening. But they presumed it was all right and normal, or it honestly didn’t register. And anyone who tried to speak out against it got smacked down, as Professor Bratten Weiss did, for “attacking.”

And those who are speaking out now are going to get called anti-Catholic. I’m already seeing people claiming with no evidence whatsoever that this is all lies and a malicious attack.

But, in reality, few things honor Christ more than speaking out on behalf of the marginalized and the victimized.

This objectification of women in the name of our Faith has to stop. It has to stop at Franciscan University. at Christendom College and in every place where the children of God are in danger.

We have to keep speaking out to make it stop. For the sake of the Gospel and for the sake of human beings who are far more precious than any institution. 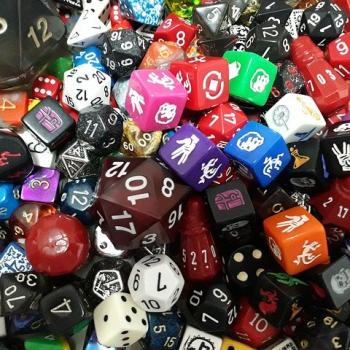 Catholic
How Playing A Game Can Protect Against Cults
Steel Magnificat