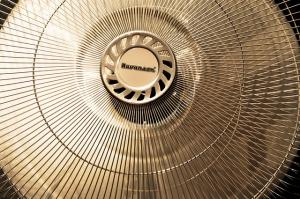 It’s hot and humid out today, in case you haven’t noticed.

It was worse in my dining room.

Veteran readers will remember that I don’t do well in the heat. It’s one of the mile-long list of fibromyalgia triggers. The head fog caused by heat and humidity is something it’s very difficult to work through. And the writer’s block caused by a fibromyalgia head fog is thicker than cement. But I’m a blogger; my entire living is writing something, anything, as often as I possibly can. I needed to write.

I looked around for open windows that were causing it to be so hot indoors. Not finding any, I turned down the air conditioner, but it did no good. I decided the temperature in the dining room must be my imagination. I sat down at the computer, in spite of my head fog.

I checked my email. There was nothing enlightening.

I bantered on Facebook with people who are smarter than I am. This usually works to stimulate some kind of good writing, but no luck. It was  too hot to banter.

I did my daily checking and re-checking of the eshakti and Wrapunzel sale items, fantasizing about what I would buy if I had any money. I am a great lover of color and aesthetics, and I like to design outfits for imaginary people who have money. I look at the latest pretty dresses and then I brainstorm scarves to buy to go with them, taking into account skin coloring and face shape to find a pleasing modest outfit. Usually this kind of fun spurs some good writing. Today, it was too darn hot.

I have a whole degree in English. I’m supposed to know how to write when I’m out of ideas– or worse yet, when I’m full of ideas but nothing wants to come. I was having the latter kind of day. There were all kinds of things I wanted to write about. I tried my best.  I sat there hovering over the keyboard in anguish, trying to write, but nothing came. It was too hot.

I went to get an ice pack and sat with it on my lap as if it were a cat. That’s not a trick I learned as an English major, but it sometimes works.

I checked my email again. Zillow had decided to recommend some houses near Pittsburgh for me to buy with the hundreds of thousands of dollars that Zillow believes I have. I’d do just about anything to relocate to Pittsburgh. I fantasize about living in a nice ritzy house in Pittsburgh, going to the Carnegie museum and the Phipps conservatory every day, saying “yins” to people, all while wearing gorgeous made-to-order dresses with a matching scarf. But it’s too hot to want to do anything in Pittsburgh except ride the Raging Rapids at Kennywood over and over and over again, and it’s not practical to do that in a dress.

Zillow thought I wanted to buy a tiny little avant garde coconut of a house in the woods with only one bedroom. And you know? Zillow was right. Look at this adorable thing. It’s like something out of Myst, and I’ve been wanting to live on Myst since I was twelve years old. It’d be the perfect house for me, if only there were four more identically-sized pods connected to it by rope bridges so I could house my daughter, my husband and my library. The only thing that puzzles me is why the kitchen is so commonplace. With a house like that, you want a kitchen out of a fantasy novel with distressed wood cabinets, a cast iron stove and one of those faucets that look like they were handmade out of a bamboo stalk.

My other hobby is designing fun and whimsical decor for imaginary people rich enough to buy houses and fix them up.

It was too hot to imagine I was a character in Myst for very long.

I opened the dashboard and tried to write something, anything, but all I could think of was how hot it was in the dining room, how badly I needed a nap, and how much I wanted to play Myst.

At this point my husband came downstairs and looked at our air conditioner (which is free-standing and vents out a window) and noticed that the vent tube had fallen off of the back of the air conditioner, spewing gusts of hot air all through the downstairs. He reattached it.

I began to write. 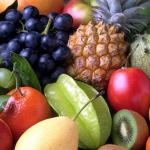 May 16, 2018 An Urgent Work of Mercy For Everyone
Recent Comments
0 | Leave a Comment
"That essay was spot-on excellent."
Todd Flowerday The Patron Saint of Love and ..."
"What makes you so sure that bees are incapable of love? Many of their behaviors, ..."
3vil5triker . The Patron Saint of Love and ..."
"This is not about "choosing evils" and whatnot, its about being upfront and honest about ..."
3vil5triker . When Chaos Itself Becomes Victory
"I won't speak for Rebecca, obviously (I'm more conservative than she is on some points), ..."
Edwin Woodruff Tait When Chaos Itself Becomes Victory
Browse Our Archives
Follow Us!