Of Sarah Sanders, Jim Crow and the Red Hen 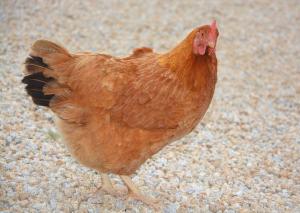 This should come as no surprise to people familiar with my work.

Let me be clear that I don’t wish evil on her. She seems like a miserable person in the first place and I think that what she does for a living, as far as defending the torture of those poor migrant children at the border, is deeply wrong. I pray for her repentance. I don’t want anyone to do anything violent to her. But I don’t like her.

When I heard about her being politely asked to leave the Red Hen restaurant, I thought it was just and proportionate. She is actively aiding and abetting what amounts to a hostage situation. Don’t starve her, but don’t give her any treats until the situation is resolved either. That was my take. You don’t have to agree with me. I have seen fellow Christians I respect very much saying that we should love those who persecute us and welcome people like Sanders in for dinner. I’ve heard others say that the Red Hen incident did nothing but make Sanders a sympathetic figure, which should not have been done. So I respect that there’s a diversity of opinion on this issue. I’m fully aware that my take on it could be wrong. I certainly don’t think whether Sanders should have been turned away from the Red Hen is a moral issue upon which there can be only one correct answer, like whether abortion is wrong or whether torturing children as a deterrent to others is wrong (and they are both gravely wrong, for the record).  There could be any number of opinions about this situation. The best opinion is that it really isn’t worth much of our time and we ought to get back to trying to help those poor children as quickly as possible and ensure that nothing like this ever happens again.

There is a circumstance upon which I’m going to say you’re definitely wrong, however.

You are wrong if you compare this to Jim Crow.

Yes, I saw somebody doing that. It was one of those respectable dispassionate men who say horrible things under the guise of “just asking questions.” He’d been “just asking questions” and not accepting any answers for days. I think he thought he was being Socratic. Today, his question was in the form of a meme. It said something along the lines of “There are Democrat-only restaurants now? Why not whites-only lunch counters?”

I contemplated how anyone could see a parallel between the Red Hen debacle and the segregated diners of the Jim Crow era. I mean, yes, technically it’s two incidents where a person was refused the opportunity to purchase a meal, but that’s the only similarity.

Sarah Huckabee Sanders is a wealthy white woman with a well-paying job working for the government. She is not a member of a race that has been  oppressed for centuries and that is still persecuted by both the law and the culture, the way African Americans were in the South under Jim Crow.  She is the same race as the manager of the Red Hen and arguably of a higher socioeconomic status. When the manager asked her to leave, she was not participating in her culture’s systematic oppression of anybody; she was politely asking a person of the same race and above her on the social ladder to go away because the cooks, who were certainly well below either of them socioeconomically speaking and some of whom weren’t white, didn’t want to cook for her. This was a question of a less powerful person turning out a more powerful person on behalf of still less powerful people. That doesn’t automatically make it a triumph in itself. But it’s pretty close to the opposite of segregated restaurants under Jim Crow.

Secondly, Sarah Huckabee Sanders was being thrown out of a restaurant not because of who she is or whom her ancestors were, but because of what she herself had done and was doing publicly. Again, you can disagree that that was the right way of dealing with it. But being asked not to eat in a restaurant because of the bad choices you got paid good money to make in a roomful of reporters is not the same as being forced into segregation because you’re not white.

Thirdly, Sarah Huckabee Sanders is rich. She wasn’t poor in the first place and she now gets paid six figures to do what she does at the White House. That’s good money. She was sitting down to eat at a restaurant that would have cost her about a hundred dollars a person if everyone was getting an appetizer, dinner, dessert and drinks, and she was doing it with a party of seven. That means she had about seven hundred dollars in hand for a night out. She could’ve gone to Food Lion or whatever the local grocery chain is in DC and bought herself $700 worth of groceries, then made the whole party tuna melts at home. She wasn’t going to suffer any real hardship from being turned out of the Red Hen, just embarrassment.

The African-American people living in the segregated South were not rich. The economic and legal cards were stacked in such a way that they could not be, and this was deliberate. I hope that any of my readers can see the difference between inconveniencing a rich woman and increasing the burden of one who is poor and cannot hope to overcome her poverty. One might be uncharitable, depending on the circumstances. The other is a very grave sin.

The segregation of the  Jim Crow era was not a matter of petty tit for tat squabbling in America; it was an horrendously unjust travesty that ought never to be forgotten or downplayed. There is absolutely no comparison between this and the situation at Red Hen. The very act of making such a comparison is dangerous because it trivializes that injustice.

Now, can we go back to talking about those immigrant children who need our help?