Trump A La Putinesca and Other Puzzlements

Trump A La Putinesca and Other Puzzlements July 19, 2018 Mary Pezzulo

It’s been more than a week since I wrote anything that could be called political in the colloquial sense.

I like writing political posts, because I like it when everyone gets mad at me, calls me fat and tells me to go to confession. The last time I wrote about something political, an old woman from who runs a Catholic gift shop called me Pissulo. It was endearing. The last time she attacked me she called me “Stundad” and ranted about how I’m Italian and my husband should’ve taught me to be more Italian (I am not Italian at all, for the record, just married to someone whose paternal grandfather was, hence the name). And so it goes.

We’ve had quite a few startling political developments since then. People like to hear my take, so I’ll give it.

I think that we are in the midst of a crisis the like of which our country has not seen before. People keep comparing it to Watergate but that’s ridiculous. Compared to the Trumps’ alleged collusion with Russia, Watergate is child’s play. I really don’t know where we go from here, and I entrust us to Divine Providence. I have been doing that for years.

I think this crisis has been a long time coming and did not start with 45. I don’t say that we’ve forgotten our identity as a country, because I believe our identity as a country has always been far more checkered than we’d like to remember. I’ve written about this before and I’m not going to repeat the whole thing now. When America is good, we are very very good, but when we’re bad we commit atrocities, and we have been bad far more often than we wish to recall.  If we admit this and repent, we might someday become good. But if we keep on spreading the superstition that we’re the best, most honest and hardworking freedom-loving people who could ever be, we won’t.

I still don’t think that the president is some kind of evil genius who committed treason on purpose. I think he is a bumbling lecherous fart who has never in his life received consequences for his actions and doesn’t properly understand that consequences exist. I think he fancies himself a businessman and thought he was wheeling and dealing Putin, and now he’s in way over his head because Putin actually is intelligent. The Trumps are not masterminds, they are upper class twits who honestly thought running the country would be a cake walk and don’t understand that something they want can be wrong. May they soon find out.

Now it’s coming out in the news that the Religious Right has allegedly been duped by a genuine Russian spy.

Well, of course they were.

Who has been dumber and more gullible in all of this than the Religious Right? They’re the ones who decorated an altar with the pickled corpse of a slain infant in honor of a wealthy, womanizing playboy they likened to Constantine. They’re still, to this day, claiming Trump is pro-life as he puts children in prison camps while nominating supreme court justices who have publicly stated they believe Roe Versus Wade is established law. They’re the ones who think overturning Roe Versus Wade will make abortion go away in the first place. Again and again, they have managed to make opposition to abortion look oafish. Think about that. These people have managed to make saying “no” to tearing infants limb from limb look stupid. As a pro-life person, I really can’t believe it, but they have. They have for so long we don’t expect anything else of them.

Now that we have such stark evidence of corruption, I want to echo what my colleague Mark Shea has called for on his blog: our bishops need to investigate where Priests for Life, C-Fam and other such conservative-first-Catholic-second outfits are getting their funding. They need to demand answers, and these answers need to be made public.

Finally, I have one more opinion. When they inevitably make a spy movie about  how a svelte, comely, redheaded Siberian woman duped the country, I think we have only one choice: Scarlett Johansson needs to play the part of Ben Carson.

July 18, 2018
Franciscan University Sent me a Survey
Next Post 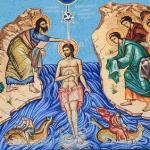 July 20, 2018 The Things I Learned, The Things I Taught
Recent Comments
0 | Leave a Comment
Browse Our Archives
Follow Us!

Catholic
What if we Re-Thought the Pro-Life Movement?
Steel Magnificat
TRENDING AT PATHEOS Catholic