The Meaning of Chaff 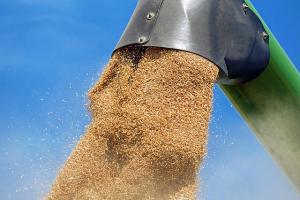 My friend mentioned something to me today that helped me, a little.

I figure at times like these, with all the turmoil in the Church, helping a little is a very good thing. Most everything that people are saying is making this worse. But this was a little help.

In a message to me, she said:

A lot of people do not really get the whole wheat and chaff thing because they’ve never seen it.

You get a sh*t ton of chaff. It’s light, it’s dusty, it’s so annoying and makes you itch everywhere. Crotch, armpits, neck….anywhere there’s a crease or that you can sweat, it will stick. And poke.
In Mexican Spanish there’s even a word for it. Aguate.

It’s so bad that it will coat your throat, and it takes a few showers to eradicate completely. Your eyes sting. And that’s without a gluten allergy. You also typically collect wheat at the hottest and driest parts of the year, so basically you are stuck about an inch from Satan’s butthole getting blasted by dusty farts.

I don’t know why that helps, but it does.

Christ’s call to follow Him into the fields, and His promise to separate the wheat from the chaff, never made so much sense to me.

It’s not just a matter of taking some useless husks away and leaving yourself with nice nourishing wheat, the way I’d imagined.

It looks more like Christ coming to dwell among us, to go to the harvest with us at the hottest and driest part of the year, and stay with us until the harvest is done. The chaff is not just husks the way I’d imagined. The chaff is torture. It sticks to everyone who works at the harvest, it hurts, it stings, it worms its way into every nook and cranny; it can even keep you from seeing and breathing properly. Both the wheat and the chaff will be with us until the end of the harvest. Our work is already miserable and the chaff makes it hell.  It will keep us from breathing and it will sometimes blind us for a time. But Christ will be right there in that hell with us and the chaff will torture Him too. And in the end, when the hot and dry harvest time that seems to last forever is finally done, after a few showers, Christ will bring us into where the wheat is– only the wheat, the wheat untainted by any chaff at all.

The chaff He will burn with unquenchable fire. Every little piece of it.

I want to be clear that this isn’t anything like enough of an answer. There is no answer I can give to the hideous abuses that were committed, covered up and allowed to continue in our Church. Not in a paragraph, not in a blog post, not in a book as long as the Bible. It defies any explanation or defense.

If you feel you’ve had it with the Church, that we couldn’t possibly stand for anything real and act the way that these horrendously evil people have acted so often– believe me, I understand where you’re coming from. I’m not judging you for that.

And I am not in a million years saying that this means we should just throw up our hands and let priests continue to abuse or bishops continue to be “concerned” and “saddened” while twiddling their thumbs and doing nothing, because suffering is all part of God’s plan. Abuse is always wrong. Good can come out of suffering, but those who inflict suffering have to be stopped and punished. There needs to be major change. If it doesn’t happen, the consequences will be even worse than the nightmare we’re seeing now.

But there is some consolation, for me, in knowing that Christ knew being Christian would be hell, for a season, and that the torment wouldn’t come from without but from right there in the field where He called us, right there as part of the plant where the wheat we need to survive is. He knew going to church would sometimes feel like going to a wheat field in the armpit of summer and getting coated in painful caltrops that burn your throat and eyes.  And He is there in torment with us, not just to lend a hand but to suffer what we suffer. Christ crucified, struggling at every breath, blinded by His own blood, with every part of His body riddled by scourges– this is sometimes what it looks like to be Christian.

That doesn’t make any of this okay.

But knowing it makes me feel a little better.

August 16, 2018
Your Chance to Help an Immigrant Child
Next Post