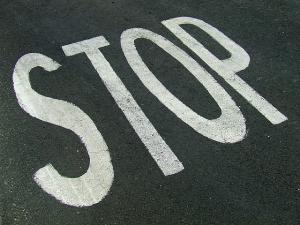 Moving the abuser to a new venue, such as a new parish, will not stop sexual abuse. A change of scenery won’t cure an abuser because the problem with a person who commits sexual abuse is that person, not his environment.

The Latin Mass, lovely as it is, will not stop sexual abuse. Just look at the Pennsylvania Grand Jury report. Lots of those cases happened before the Second Vatican Council. Going back to a pre-Vatican-II liturgy will not make them go away. A fine and beautiful classical language  like Latin is not a cure for predatory and abusive behavior. The ancient Romans spoke Latin every day of their lives and just look at what they did to the early martyrs. They were not a chaste or a gentle people.

A return to mandatory meatless Fridays will not end priestly sexual abuse. There were mandatory meatless Fridays when a lot of those abuses were going on, back before Vatican II when everything was supposedly much better. Fasting and abstinence are good things, all other goods considered, and taken in the right spirit they can help learn to tame other desires. But people who commit sexual abuse don’t do it because they haven’t taken enough fish. They do it because they make a choice to impose their desires on others, when they could choose otherwise.

Modesty in dress will not stop sexual abuse. Saint Maria Goretti was modest. She still drew the attention of the local pervert and got stabbed to death in a rape attempt.

“Chivalry” will not stop sexual abuse. I don’t know why anyone thinks it will. I can’t even imagine what they’re thinking. Ask yourself who raped Saint Joan of Arc. The warrior classes in any society are not where we look for our example of sexual restraint. Quite the contrary.

Obedience to Humanae Vitae will not stop sexual abuse. The two have nothing to do with each other. I understand that the argument is that since we Catholics view contracepted sex as “using” rather than loving the partner, that mentality might lead to others ways of using people of which sexual abuse is the worst example. Perhaps there’s another argument I don’t know, but that’s the argument as far as I’ve understood it. But the priests who abused all those people were not using contraceptives at the time. It’s not what made them go wrong. Lay people refusing to use contraception is not going to cause priests who never used it anyway to stop abusing people.

Allowing Latin Catholic bishops to ordain married priests like Eastern Catholic and Orthodox bishops often have, will not end sexual abuse. It might be a good idea for other reasons but it won’t end sexual abuse. That idea comes from a confused notion of human sexuality that suggests that men who have a wife to satisfy their urges will not commit rape, but this hasn’t been supported by history. Married laymen do commit rape. Married priests will do the same– and anyway, this whole line of thinking is degrading to their wives. Women don’t solve the problem of sexually abusive men. If we could we’d have done it already. This simply isn’t our fault.

Good catechists will not solve sexual abuse. Most everyone, Catholic or not, already knows it’s wrong to be a sexual predator. People who do it anyway aren’t doing it because they weren’t taught their catechism. They do it because they’re choosing to do something that is obviously gravely wrong. A good catechist would say that that’s a pretty good sign that they’re not only committing grave matter but a truly mortal sin, but once a person is determined to be that wicked the catechist can’t really stop them by catechizing.

Having Cardinal Burke become Pope will not stop sexual abuse. While Burke was bishop of the diocese of Lacrosse, he has been shown to have handled allegations of sexual misconduct in a particularly horrible and abusive manner which should disqualify him from any position of authority, from priestly ministry, and from ever being taken seriously again. I’m don’t know which other bishops, if any, are better. I’m saying Burke has been shown to be especially bad and his fans have absolutely nothing to be sanctimonious about. Not that that will stop them.

I’m not going to pretend I know how to stop sexual abuse, but can we stop wasting time on these ideas? They’ve been tried, and they’re not going to work. 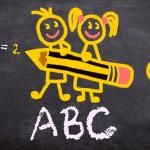 September 8, 2018
How I Homeschooled on a Shoestring Budget
Next Post 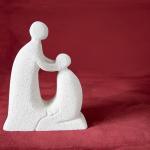 September 9, 2018 Touch, Matter, Groaning
Recent Comments
0 | Leave a Comment
"Thank you for your honesty and for refusing to be put to shame. Peace to ..."
Wendy-May Jacobs Being Human is Enough for Now
"Holy cow. I think if I had a billion dollars, after I visited Wales and ..."
Todd Flowerday The Prettiest House on the Block
""Can we talk about dress code?" How often I've heard this on a liturgy committee. ..."
Todd Flowerday The Tale of the Monsignor and ..."
"Exactly. Many people who have been College Broke confuse it with poverty."
Mary Why Don’t The Poor Cook From ..."
Browse Our Archives
get the latest from
Steel Magnificat
Sign up for our newsletter
POPULAR AT PATHEOS Catholic
1