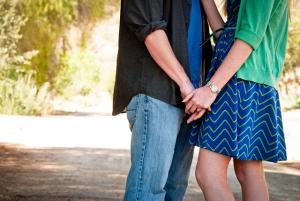 There’s an odd political cartoon going the rounds on facebook. No, I’m not talking about the tasteless cartoon lampooning Justice Kavanaugh’s daughter; I’m not even going to touch that with a ten-foot pole, except to say I don’t approve of it. I’m talking about another one.

This one depicts a teenage boy and girl in a lumpy-looking pink car at night, on a road that has helpfully been marked as “Lover’s Lane.” The caption says “Teen angst in the era of #metoo.” The boy’s thought bubble says “Wait– what am I doing here? This could come back to haunt me in 30 years when I’m up for a big position.” The girl’s thought bubble says “What’s he waiting for? Doesn’t he like me? …What’s wrong with boys these days?”

I can’t read the signature so I can’t tell you who drew the original cartoon; I will edit here to include the cartoonist’s name if I find out.

My friend Elisa, who has two teenagers of her own, had her own take on the cartoon. “Ah, the thing all parents of teens worry about: will they be too inhibited when they go off parking with their high school sweethearts?”

And I’ve got to echo that. Rosie is only seven, so I can’t speak from experience. But in nine or ten years when I expect she’ll be going on dates, I can certainly imagine myself sitting at home fretting until she gets back. I can imagine myself fretting about all kinds of things. Will she remember her seat belt or will she fly through the windshield? Will she remember her sweater or will she die of pneumonia? Will her date remember she’s gluten-free or will he take her to Olive Garden? Will they pick up a lone hitchhiker with a sharp hook for a right hand and become characters in an urban myth? What if the car catches fire? But I can’t imagine fretting about THAT.

I can’t imagine being concerned that, when they pull their pink car up to a scenic overlook labeled “Lovers Lane” in the dead of night, they’ll feel too inhibited to get physical.

Quite the contrary, in fact.

It doesn’t really help that “Lovers Lane” is an actual street in Steubenville, up behind the sporting goods store and the gastroenterologist. They taught the Montessori catechism classes on Lovers Lane, a couple years ago; perhaps they still do. Rosie didn’t have the patience for Montessori when she was four and I have no patience full stop. I read about Montessori and thought it sounded wonderful, but after five minutes helping Rosie behave in the Atrium I’d had my fill. There’s something way, way too precious for a cynical fart like me about being forced to call a room an “atrium” that isn’t architecturally an atrium, calling toys “works” and going through an obsessively long set of detailed steps for every simple task. Not to mention, I just can’t get behind a teacher who will not project her voice loud enough to be heard by her students. That is, if the adult person in a Montessori classroom is even called a teacher. There might be another name she quietly insists on being called, like “Facilitator” or “Life Model Decoy.”  This is no reflection whatsoever on the Montessori method. It’s only a reflection on my irascibility. Those lessons were beloved by by most of the people who took them. In any case, if my daughter ended up with her date in a pink jalopy on Lover’s Lane after dark, I hope they’d remember to fold the liturgical cloths after they finished ironing them with the miniature iron, and to push the miniature chairs back into the table by lifting with two hands instead of scraping on the floor.

I cannot imagine ever thinking to worry that a teenage boy would be too concerned about his career to get handsy with my daughter.

I would expect him not to get handsy with my daughter. 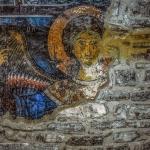