A Series of Mishaps and Rescues 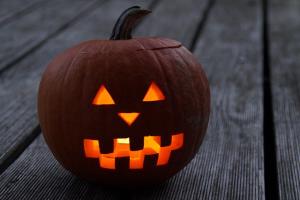 Wednesday was the day of Rose’s birthday party, so we met a family from our former church at the park and had a lovely time. They are friendly, cheerful  and generous people, and since they have eight children, everywhere they go is a party. If we ever get out of Steubenville, their friendship will be one of the only things I’ll really miss. The children clamored on the playground while the mother and I swapped homeschooling horror stories.

When we got back from the party, we had an official notice from the city reminding us to mow our lawn. For once I don’t blame the City of Steubenville. The lawn looked like something out of a haunted house. But we put off mowing it because we are still being harassed by our next door neighbor whom I’ve referred to as Miss Manners. She still releases her dog on the corner of the lawn to relieve himself and leaves him chained there to bark at us; she still comes out and roars obscenities when we use our backyard. She is particularly vociferous and violent when we try to mow– not to mention, it’s tough to mow the lawn when there’s an angry German Shepherd on it. Michael and I keep trying to de-escalate by not responding to her, and we’ve found the most effective way to de-escalate is to pretend we don’t have a lawn.

But we couldn’t afford to get a ticket; and besides, it was embarrassing.

Along with the city’s notice, we also discovered that the internet router was blinking red again– the exact day we’d scraped together every penny to pay the past due. This did not seem to be AT&T’s fault, because everything was blinking out at the same time. Our Tracfones were down, the internet was down, the land line that came bundled with the internet and which Rose calls a Mr. Rogers Phone was down. The whole of LaBelle was under some kind grim of fiber-optic pall, cutting us off from the outside world.

“If you need to call 911,” said Michael cheerfully, “You’ll just have to run out the front door and scream for help. That’s all we’ve got.”

He went out to mow.

A moment later he was inside asking me to find a way to get the police.

I went out to the front walk and waved my Tracfone like a magic talisman until I managed to get one bar; then I called.

When I got back to the yard, I found Miss Manners standing at the edge of her property line in her robe and curlers, not only cursing out my husband but filming him, a camera in one hand and what looked like a miniature spotlight in the other. Miss Manners is an accomplished photographer. She owns many expensive-looking cameras and equipment that she uses to photograph the moon, the sunset, and her neighbors. A few years ago, she kept a camera on a tripod facing out the front window at all times and yelled at the across-the-street neighbors about the soap operas she’d seen them watching.

Miss Manners was narrating along with her amateur documentary-making that all the mosquitoes on the block were somehow our fault. She didn’t seem to understand that if I had the ability to summon a swarm of mosquitoes to do my bidding, I wouldn’t have to involve the local beat cop in our conflicts.

The beat cop did arrive just then; he informed Miss Manners that she had to stop cursing at us; he also informed us that it’s not actually illegal to film people outside. Miss Manners screamed to the policeman that my homeschooled daughter was “not in school” and that our grass clippings sometimes blew onto her side of the property line. She didn’t mention the time she trespassed on our side of the property line to pour the ashes from her barbecue grill on our porch. That’s another time I wished I could command a really large swarm of mosquitoes– or better yet, hornets.

October 5, 2018
Because It Was Right, Because It Is Right
Next Post 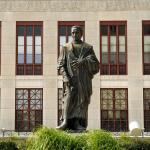 October 8, 2018 The Shadows in Columbus
Recent Comments
0 | Leave a Comment
"Is her name really Caren? LOL!This pandemic has given a lot of people a whole ..."
Pennybird To All Who Grow And Bake ..."
"Thanks for the summary.BTW, if being pro-life is your goal, the anti-Roe stance isn't helpful. ..."
Bob Seidensticker The Jig Is Up: A Review ..."
""The woman who was known for lying to get her way sounded very sincere when ..."
Mary The Jig Is Up: A Review ..."
"A person has control on their level or negligence, to their level of a formed ..."
Chris Royce COVID, Sunday Mass, and Sins of ..."
Browse Our Archives
Follow Us! 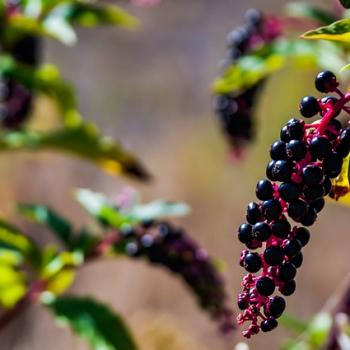