We have been in one long continuous war with an abstract noun, ‘terror,’ since I was just under sixteen years old. It started with terrorists crashing planes into buildings as we watched. That was 9/11, another date that will live in infamy. The president promised to make us safe by his War on Terror. Everyone who was against a War on Terror was considered unpatriotic. But they were right: you can’t defeat an abstract noun. What you can do, is become a terrorist yourself.  You can kill people, soldiers and tyrants and also countless civilians, from the wrong country because the right country is too economically lucrative for you to touch, and you can keep doing it for years after you declare “mission accomplished.” Terrorists from Saudi Arabia can slit the throats of flight attendants and murder thousands with passenger jets, the bloodiest day on American soil since Pearl Harbor, worse than Pearl Harbor since they were targeting civilians, and the government can choose to wage a “war on terror” by invading Iraq and Afghanistan instead of Saudi Arabia. Not that a war with Saudi Arabia would make it stop either, of course. You can’t kill an abstract noun.

“I hope not,” I said. “We all have to work so there won’t be. But it could happen. There are many ways our time is like World War Two. If there’s a World War Three, it will be much worse than World War Two.”

The Middle East is so full of “terror” because we de-stabilized it in the first place, to keep the communists from getting it. You see, after World War Two we had a Cold War where everyone on earth feared that the USA and the USSR were going to destroy the earth. We were each determined to be the first one to kill everyone on earth, to keep the other from doing it. We assured ourselves that Mutual Assured Destruction was the only way to keep peace, believe it or not. That went on from the end of World War Two until I was in Kindergarten. I went my whole childhood after that thinking that the Americans were heroes in the Cold War, and it’s not that the USSR were good guys. They weren’t in the least. But the rest of the world was just as afraid of good honest Capitalist American bombs as they were of dirty godless Communist Russian bombs. They’d just as soon have not died by our hands as by anybody else’s. Those wars in the Persian Gulf that shocked me so much in the second grade started up a year or two after there wasn’t a Cold War anymore. From there, there hasn’t been a break. We, ourselves, are infamous for always being at war.

There’s always been a World War Three, my love. You are living in Wartime and so am I. We dropped the MOAB, the largest non-nuclear bomb in history, on Afghanistan just last year. The MOAB was designed to rip apart the lungs of anyone within a mile blast radius, suffocating the guilty and the innocent alike. Our leaders make excuses for people who think they’re a master race and wave the Nazi flag. We’re already keeping innocent children in prison camps right at this moment. It could get worse. Maybe someday you’ll be hoarding bottletops and knitting socks for soldiers like Molly or hiding your friend from “relocation” like in Number the Stars, and this will feel normal. For all I know, you and I will end up in some kind of prison camp.  Maybe it will get much worse than that. It always could. This is the world that humans chose because they wanted to. Powerful men could have chosen a different sort of world, but they chose this one. And desperate people followed them because they thought it would make them safe, and helpless people died by the millions. God have mercy on us. Drop dew, ye Heavens, from above. Let the clouds rain justice and not death, for once in our lifetime.

“We have to pray and work to make there never be a World War Three,” I told my daughter. “War is always a failure.”

She knows, but who will listen to her?

How many more years will live in infamy? 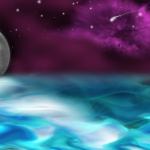 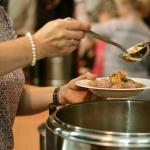 December 3, 2018 An Urgent Opportunity to Help Feed the Hungry
Recent Comments
0 | Leave a Comment
Browse Our Archives
get the latest from
Steel Magnificat
Sign up for our newsletter
POPULAR AT PATHEOS Catholic
1 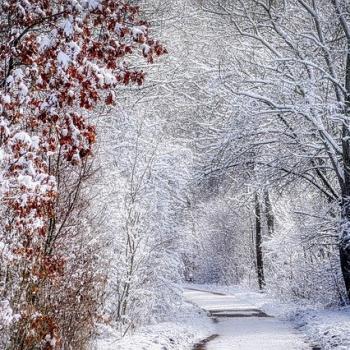