Nativity According to the Flesh

Nativity According to the Flesh December 24, 2018 Mary Pezzulo 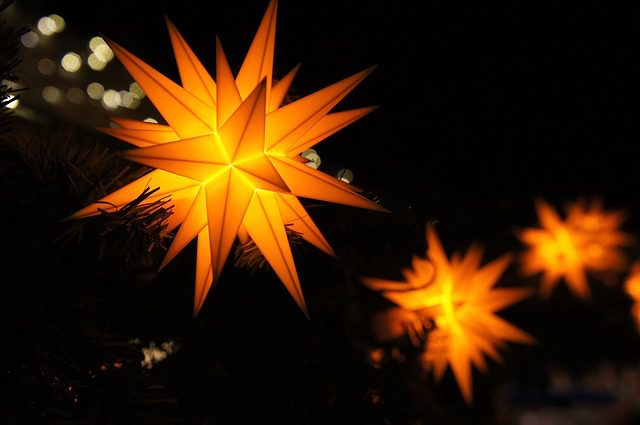 The Nativity of the Lord Jesus Christ, from the Roman Martyrology:

The Twenty-fifth Day of December,

when ages beyond number had run their course
from the creation of the world,

when God in the beginning created heaven and earth,
and formed man in his own likeness;

when century upon century had passed
since the Almighty set his bow in the clouds after the Great Flood,
as a sign of covenant and peace;

in the twenty-first century since Abraham, our father in faith,
came out of Ur of the Chaldees;

in the thirteenth century since the People of Israel were led by Moses
in the Exodus from Egypt;

around the thousandth year since David was anointed King;

in the sixty-fifth week of the prophecy of Daniel;

in the one hundred and ninety-fourth Olympiad;

in the year seven hundred and fifty-two
since the foundation of the City of Rome;

in the forty-second year of the reign of Caesar Octavian Augustus,
the whole world being at peace,

JESUS CHRIST, eternal God and Son of the eternal Father,
desiring to consecrate the world by his most loving presence,
was conceived by the Holy Spirit,
and when nine months had passed since his conception,
was born of the Virgin Mary in Bethlehem of Judah,
and was made man:

The Nativity of Our Lord Jesus Christ according to the flesh.

Now the Word is with us.

The same was in the beginning with God.  All things were made by him; and without him was not any thing made that was made.

Now that Omnipotent One is with us.

In him was life; and the life was the light of men.

Now, Life dwells with us, as a human life. Now the Light of Men is a Human, while remaining God, and we see Him here before us on the straw.

And the light shineth in darkness; and the darkness comprehended it not.

Here, the Light of Men lies helpless, an infant,  illuminated by the light of that strange star, and who can comprehend?

Ages beyond number ago, in a time so distant from this we can only describe it in the language of myths, God created the Heavens and the Earth. He created a man and a woman in His image and likeness, intending from the start to dwell among us as one of us, so that we might be brought to be with Him. Our first parents fell from grace and hid from the Lord, but the Lord did not abandon them. Century upon century and eons ago, He placed His bow in the sky as a sign and covenant. Centuries after that strange event, Abraham heard the voice of the Lord. He left Ur of the Chaldeans and entered into the pages of recorded history. Through the land of Canaan, in and out of Egypt, through the desert and back to Canaan went the descendants of Abraham, and the Lord guided their steps. A thousand years ago, David was chosen from among his brothers to be the king after the Lord’s own Heart. Now, the Lord has become David’s Son.

The Lord has become a child.

Glory to God in the Highest– and Glory to that same God, Who has come here to the lowest place, and made His dwelling among us.

What wondrous love is this?

The Lord has become a child, that everyone willing to become like a child might be taken up into the Lord.

The Lord will become a refugee and an exile, so that the place of every refugee and all of us exiled from Paradise might be raised forever.

The Lord will go into the Jordan for Baptism, so that everyone who is baptized will become one with the Lord.

The Lord will teach us; He will heal us; He will feed us. He will enter into Jerusalem triumphant on a donkey’s colt. He will establish His presence forever on Earth in the Holy Eucharist. The leaders of the World and the leaders of the Faithful will conspire together to do the worst they can to Him– they will sell Him, torture Him, humiliate Him, strip Him naked and murder Him. But He is the Life of Men, and Life cannot stay dead. By His wounds He will heal us– and more than that, by His wounds He will make every wounded person a sacred icon of Himself.

He will rise again, to draw us all into His resurrection. And then He will ascend ahead of us to His Father, but He will also remain with us– in the Holy Eucharist and in every human being, because every human being bears His sacred icon.

This is the Nativity of the Lord Jesus Christ according to the flesh: that mystery of a Love so impossible, so amazing, so audacious that even speaking the truth of it sounds pridefully wrong: the Son of God became Man, so that Man could become God.

O come, let us adore Him: Christ, the Lord. 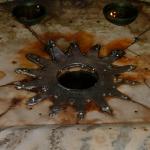 December 25, 2018 A Present from Us to You
Recent Comments
0 | Leave a Comment
Browse Our Archives
get the latest from
Steel Magnificat
Sign up for our newsletter
POPULAR AT PATHEOS Catholic
1