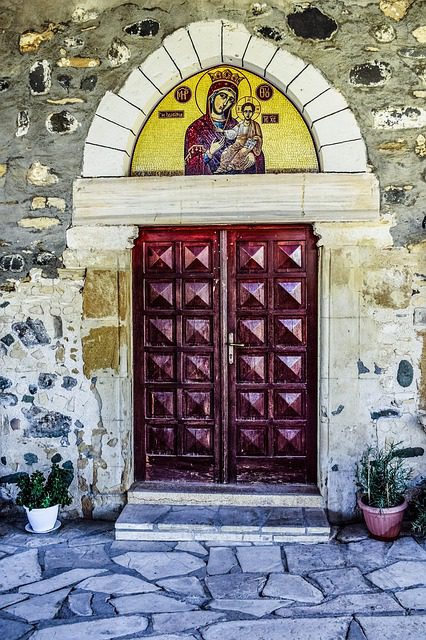 A couple days ago now, I talked about my upbringing among Apparition Chasers fascinated with every kind of alleged supernatural event– how it led to scrupulosity and fear of Mother Mary, among other things.

Most of the people I know raised in such a culture are either still a part of it, or left the Church entirely. I don’t judge them for that.

As for me, I am still here, still Catholic, but I don’t want anything to do with that kind of hysteria or superstition. I just want to be a Catholic.

I know that the Catholic Church’s basic opinion on private revelations of all kinds, is about the same as it is for private devotions like the Rosary– that if it doesn’t contradict the faith and you find it helpful in your spiritual life, you can believe it and practice what it recommends, if it contradicts the Faith you shouldn’t, and if it doesn’t seem to be helping your spiritual life you can safely ignore it. You’re not required to believe in any apparition whatsoever, not even if the Church approves them. No, not even Fatima. That’s the rule.

But that rule is sometimes difficult for me to apply, because I have a hard time with telling what’s good for my spiritual life. Sometimes I’m lazy and assume that if it feels nice it’s good for me, which is wrong. Sometimes I’m scrupulous and assume that if it hurts it’s good for me, which is worse. And the anxiety-inducing spiral my mind goes into, trying to figure out if I’m lazy or scrupulous or both today is not helpful. Not to mention, that “doesn’t contradict the Faith part” is alarming when you’re prone to scruples; I find myself second-guessing what I’m sure I know. And I don’t want to skirt the problem by just disbelieving every extraordinary claim I hear. I’ve seen too much evidence that Christ and Mary are real, and they do sometimes become visible in unusual or inexplicable events.

Today, though, I heard a very helpful way for me to cut through a lot of the nonsense.

Today, a friend of mine casually mentioned, “I never believe in ‘Marian apparitions’ that promise to ‘protect us from Jesus.'”

She didn’t think she’d said anything profound, but I was flabbergasted.

I’d never thought of it that way before.

For me, that’s a perfect rule of thumb.

Any alleged private revelation that claims Mary and our devotion to Mary are protecting us from Jesus– or from any Person of the Trinity for that matter,since the Father, Son, and Holy Ghost are One– has got to be wrong because that’s not a Catholic view of Mary. Any “message” that claims that Mary is is standing between us and mean old Jesus who wants to give us the spanking we deserve, has nothing to do with Catholicism. If a “mystic” tells you that Mary has worn her knees to the bone begging God the Father not to smite your village with a natural disaster, then that apparition didn’t give the mystic their right name. If the book of “promises” you picked up in the Adoration chapel claims that praying the Rosary diligently will keep Jesus from smacking the Earth with cataclysms and chastisements, you’re either misreading it or it’s not from God. That’s not what Mary is. Our Lady is a door, not a deadbolt. She doesn’t serve as a barrier between us and Jesus, and that’s a very good thing. Because Jesus is Love, and it’s Mary’s job to bring us into that Love.

Here’s a metaphor that occurred to me one day when I was praying, about the Role Mary plays in general; I’ve adapted it to the question of private revelations. Maybe it will help you too.

Now, let’s say a door opens in front of you. The chains slip from your wrists and a door to the outside world materializes in the wall, right where you are in your prison. You can see the angels and the Communion of Saints standing outside the door, in the idyllic countryside or the giant library or the Oakland district of Pittsburgh or whatever beautiful place you imagine outside. They’re beckoning with friendly expressions. There’s a nice warm bubble bath or shower and a comfortable change of clothes waiting for you, so you won’t stink of the prison or look like you’ve been there. Everything good is readily available right through that door.

And then a mystic who wrote a paperback book of her private revelations sidles up to you and tells you that the door is going to be your protection from the terrifying vengeance of the world outside the prison. All you have to do is practice this specific devotion and hope it’s not too late. Time is running out. The door isn’t sure how much longer she can protect you from the wrath of the whole beautiful world outside, but if you play your cards right she’ll slam shut and you’ll be safe here.

Would you listen to the mystic?

Or would you joyfully praise God for the beautiful miracle of the door, and run out through her to be in Jesus?

So any visionary that talks of Mary protecting you from Jesus is out of the question.

Mary is a door to Christ,  not a deadbolt to keep Him out.

That simplifies things for me. Maybe it will help someone else as well. 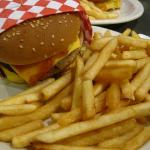 January 17, 2019 Which Is the Authentic Catholicism?
Recent Comments
0 | Leave a Comment
Browse Our Archives
get the latest from
Steel Magnificat
Sign up for our newsletter
POPULAR AT PATHEOS Catholic
1