Watch out for Fake GoFundMes 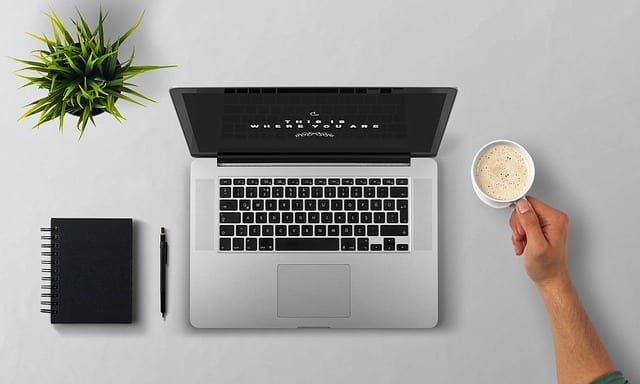 Last night I couldn’t sleep, as is often the case in dark January.

I was downstairs on the sofa, worrying, when somebody commented on my blog.

He said I was “assuming the intentions” of the Covington Catholic students, and I’m not saying I wasn’t, though I tried hard not to. Obviously I could be wrong in my assessment of the video I watched with my own two eyes. Anybody could be. I just refuse to be gaslit by people who want to tell me what to see, and my opinion stands as it is.

I looked at the gentleman’s public facebook page, to try to get an idea of whom I was talking to.

He had shared a gofundme less than an hour old, attempting to raise one hundred thousand dollars for Nick Sandmann, the Covington student now made infamous by his peculiar smirk. I wasn’t going to say that student’s name before, but I see that he himself has made it public.

I was shocked that Sandmann would attempt to profiteer from the public humiliation stemming from his obnoxious behavior– and again, whether or not they meant to be racists, these students absolutely behaved obnoxiously.

The commentator didn’t know these students but felt sorry for them. He said he was raising money so that the family could relocate due to death threats against them. I wasn’t aware of any death threats, but of course I agree with all persons of conscience that death threats are wrong. He also said that these students had already been “assaulted,” but I couldn’t find any news stories about such a thing.

I remarked that I could think of many better things to spend my money on. It’s not that I don’t have compassion for teenagers getting assaulted no matter what the circumstances. No one should be assaulted. But Covington Catholic High School is a private prep school with tuition of about eight thousand dollars. I’m sure very few people who go to that school need charitable donations in order to move. We’re in the middle of a government shut down right now; our Coast Guard and Air Traffic Control aren’t being paid. All kinds of people are desperate.

He then said he was “in contact with the principal of the school,” to get the money Mr. Sandmann.

I asked if the principal was really cooperating with funneling donations to the students, considering the bad publicity the school had already gotten, and if so, why someone working with him on the project would admit to it in public.

It turned out that the person actually hadn’t spoken with the principal yet. He just emailed him offering to give donations to Sandmann, and then started his own GoFundMe. And remember, that principal’s email was public on the school website. Imagine how many emails that person must be getting by now. He’s surely not reading them. He’s probably gotten rid of that email account.

My commentator had absolutely no way of making sure a cent of the money he was raising went to Sandmann.

At this point it was three-thirty in the morning, so I gave up arguing and went to bed.

The next day I found that that GoFundMe for Sandmann had been taken down. 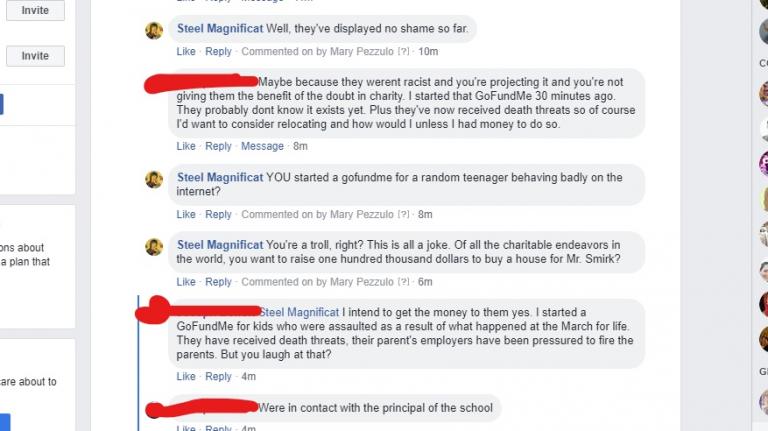 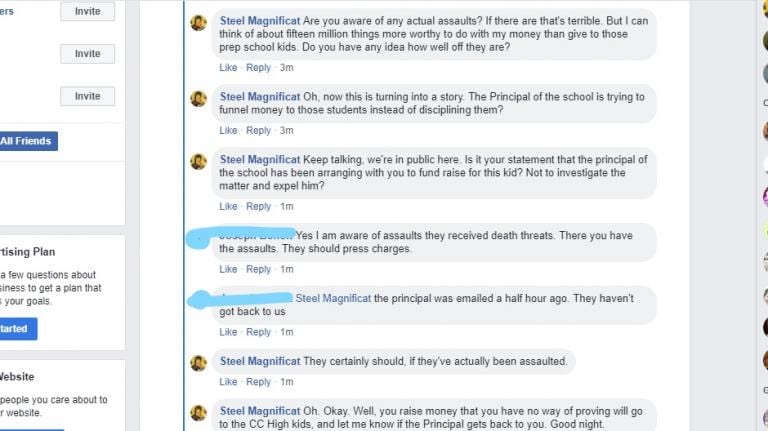 I’m not saying you absolutely must not try to give money to the Covington Catholic High School students. It’s your money and your judgement call. People in danger of assault should definitely be removed from that situation, no matter what they’ve done. But in the coming weeks, please watch out for fake fundraisers. Giving money to a GoFundMe to support a struggling person can be a wonderful charitable act. Most of the people who start GoFundMes really need the help. You can find people who will die without medical care funded by charitable donations; there are people trying to support their families after terrible misfortune. There are even fundraisers to buy groceries for immigrants here legally but not able to work before their hearing.

But any person can start a GoFundMe. If something smells fishy, look into it. Make sure you have reason to believe the money will go to the claimed recipient, not to a person who may be trying to cheat you, or even a generous person who didn’t think it through.

Stay safe out there. It’s a dangerous internet.

January 20, 2019
Responding to the Controversies over my March for Life Remarks
Next Post

January 21, 2019 Why Ask What Martin Luther King Would Have Wanted?
Recent Comments
0 | Leave a Comment
Browse Our Archives
get the latest from
Steel Magnificat
Sign up for our newsletter
POPULAR AT PATHEOS Catholic
1