Am I Ashamed to be White? 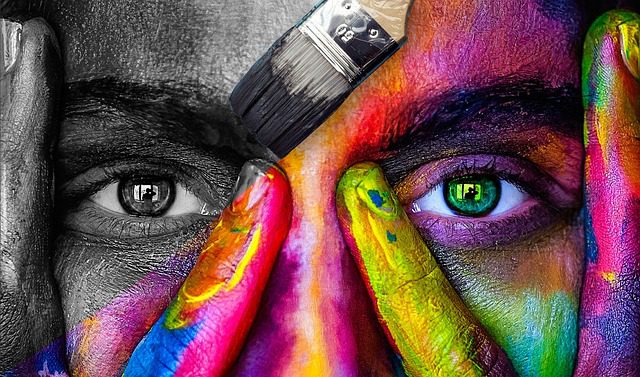 My skin is fair.

I know this, because it’s the name on the label on my preferred shade of foundation at the drug store. If I accidentally buy “light” or “ivory,” I look like a clown; “fair” is my color. My skin is the third lightest color in existence, according to that particular brand.

That makes me white. Or rather, it makes me one of what Ta-Nahisi Coates calls “the people who believe they are white.” White, he recognizes, is a constantly shifting goal post. My ancestors fresh off the boat from Ireland, with lighter skin than mine, didn’t count as white in America, because they were the dangerous foreigners of their day. So would my husband’s swarthier Italian relatives. But somewhere along the line, Irish and Italians counted as white– so much so, that one of the founders of the Skinheads was the son of Italian immigrants.

And now I am white, and my olive-toned husband is white. And my daughter, whose skin is also fair, is a white child.

The other day on Facebook, a stranger shared a recent post with “If you are a white person and feel guilty for being white, you’ll love this take.” His friend made a joke comment on it, about how I would someday break out of my white cocoon and be brown underneath. The gentleman commented on my page as well, to the effect that we were all a bunch of white people ashamed of being white.

Do I feel guilty and ashamed for being white?

I live in a neighborhood in Northern Appalachia, which I’ve often thought could serve as the control group for a sociological experiment involving racism. There have been several generations of hard poverty here, that have hit black and white families the same way. Black and white people live side by side, rather than on different blocks or different neighborhoods. Both black and white people are poor. Both Black and white people wear shabby clothes. The Black people tend to speak AAVE and the white people speak a harsh and scratchy Northern Appalachian dialect– neither speaks the neutral American English you would expect in Ohio.  Neither Black nor White families are terribly likely to be married, because weddings are expensive. Black and white children are equally likely to be born to teenagers and raised by a grandparent with no father at home, equally likely to be physically abused, and neither group gets a very good education. Both are equally likely to turn to crime, since lawful jobs are not plentiful here. Anything you could point to as a factor other than race, in how the two groups are treated by anybody else, has been equalized by poverty. The only difference is skin color.

This seems a good place to observe whether white privilege really exists.

The first thing I noticed, living here, is that white people blame black people for everything. I once had a conversation about dogs with my white neighbor, whose family whipped their pit bull with a belt and kept him chained outside to freeze during a polar vortex– where she claimed with a straight face that only Black families abuse their dogs. When we moved to the house we live in now, we were told by another neighbor that this was a very safe street because “White people live here, white people here, white people here.” When groups of white and Black children are playing together and something gets broken or someone gets hurt, it’s presumed to be the Black child’s fault again and again.

The next thing I noticed was that Black children are often afraid. A group of Black boys ran through our backyard, playing catch, shortly after we moved into this house– they were used to this being a derelict with a yard where anybody could play. They stopped dead and apologized profusely when they saw Rosie and me sitting there. I welcomed them, and they relaxed– eventually. They played with Rosie for awhile. They were very polite; they smiled with their mouths, but the fear never quite left their eyes.

In the years I’ve lived in this house, I have met many Black and white children. They were equally likely to be rude or polite, mischievous or cautious. But I often saw fear and uncertainty in Black children’s eyes, and I never saw it in the white children. White children have a presumption that they’re allowed to be somewhere unless ordered away, and Black children don’t.

There are a lot of drug dealers in this neighborhood. I’ve seen people selling drugs openly on the sidewalk, and they were equally likely to be Black or white. And I see Black and white people wandering around high on drugs about equally often. When I read about raids of drug houses on the news– I don’t recall once seeing a mug shot that was of a white person. Maybe I just missed them. But it looks to me like only Black drug dealers get caught. And when I read about raids where nothing was seized, with no mug shots, and I asked around my neighbors to see what happened– the house that was mistakenly raided was a Black person’s house.

The police paroling this neighborhood are all white.

They are very polite to me, and have been nearly every time I’ve talked to them.

I have no idea what they’re like when I’m not around. I hope they’re that polite to everybody else.

Am I ashamed to be white? No. Do I feel guilty for being white? Not at all. That my skin is fair, is nothing to be ashamed of. Aesthetically you’ll find skin lovelier than mine in any shade, dark or light; practically speaking, it’s annoying that I burn before I tan. But morally? All skin is neutral. Mine is fair and neutral; yours might be ivory and neutral, or alabaster and neutral, or tan and neutral or ebony and neutral. I’m not ashamed or guilty to be white.

I recognize that my whiteness affords me a privilege that others don’t have. I don’t recognize this because I read about it in some kind of Politically Correct Bloggers’ Playbook; I recognize it because I have noticed it happening to real people.  And I recognize that that privilege is unjust, because I haven’t earned it. And this is one of the reasons why I find myself writing about racism so often– because I think that if you find yourself with an unjust privilege, you should use it to help those who don’t have it. I’ve noticed that my white friends don’t listen when my friends who aren’t white talk about race. Maybe they’ll listen to me. Or, maybe they’ll tell me I’m just ashamed to be white.

My fair skin is not shameful– but the privilege it affords me isn’t fair.

And living in a society that affords fair-skinned members an unfair advantage– well, that is shameful. 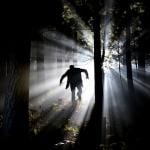