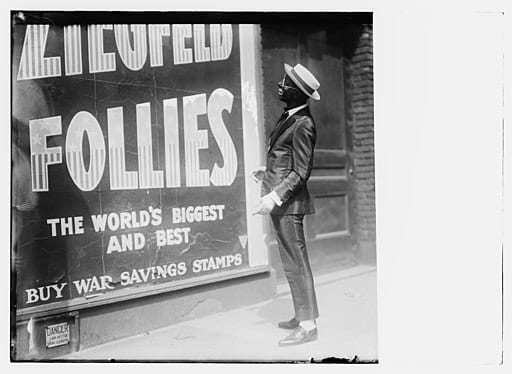 I didn’t really want to talk about blackface again this month, or at all.

Still, the news runs in cycles and so do bloggers. Everyone’s talking about blackface now, so I’ll stay on the topic.

Today, my attention was drawn to a very short op ed put out by the Catholic League for Religious and Civil Rights on their website. It’s penned by the inimitable grouch Bill Donohue, whom I called a boiled ham a couple of years ago and have also criticized for mocking the dead. There was a time in my life when I admired Donohue, but I formed my conscience.

I particularly don’t admire him today.

Today’s piece is a fallacious comparison between blackface and drag shows, and I’m going to respond to it in its entirety, one bit at a time. There’s plenty to unpack. It’s a prime example of where Donohue often goes so horribly wrong. Yes, Catholics have been persecuted in history and sometimes are today, even sometimes right here in America. Yes, that needs to be addressed as all injustice needs to be addressed. No, no one deserves to be persecuted for their religion. I do think it can be problematic, depending on the context, if someone who isn’t Catholic dresses up like a nun to mock Catholicism– sometimes it might well be incisive critique, but a lot of the time it’s just plain mockery. But Donohue’s signature touch is to rope every single issue in the news cycle  into his own ideological bubble and use it to whine about how Catholics, more than anyone else, are a suffering persecuted minority. In doing so he tramples on every other minority and makes himself sound like a whiny child. It’s a poor witness for anyone leading an organization with the word “Catholic” in its name to give to the world.

What’s wrong with blackface? What ethical rule is broken by those who think it is funny? Surely not a rule which finds it morally objectionable to mimic another racial, ethnic, or religious group.

In the Arts section of the February 7 edition of the New York Times, there was an article, “Singer Begins New Phase ‘Stripping Off the Veil,’” that featured drag artist Charles Busch. A photo captures him dancing in his new cabaret show, “Native New Yorker.” He is wearing a nun’s habit, pulling his garb well above his knees so he can display his black stockings. The caption below notes he is wearing his “drag costume.”

I have never heard of Charles Busch until now, but that’s because I don’t go to homosexual events. To be blunt, his immature antics are not my concern. The New York Times is.

I’m sure “homosexual events” in general are extremely grateful you lost their invitation, Bill. You don’t exactly sound like the life of the party. And this is not getting into the issue that drag shows aren’t just a generic “homosexual event,” and that the work of Charles Busch is a lot more than”immature antics.” He’s a notable actor and playwright who’s been involved with film, Broadway and television for decades.

The New York Times objects to blackface stunts but finds it entirely acceptable to publish a photo of a man in drag mocking nuns.

Bluntly, that’s because “nun” isn’t a race.  I’m sure that if Mr. Busch had been in drag and blackface, as an African-American nun, the Times wouldn’t have published the photo except to condemn him. That’s not a double standard. The Times considers blackface offensive in a way that drag isn’t. And for the record, as a Catholic, so do I.

Similarly, this same newspaper never objects to the Sisters of Perpetual Indulgence, a tax-exempt organization based in San Francisco that features homosexual men dressed in a nun’s habit; they mock them in several ways. Those who defend this group say the Sisters give to charity.

Maybe we need an Al Jolson Society to test the moral compass of the Times. Imagine white guys with blackface who mock blacks while donating money to fight sickle cell anemia. What would the Times say about that?

I don’t care for the costumes of the Sisters of Perpetual Indulgence either, because I think it’s tacky and rude to make fun of other people’s faith. But it’s certainly not an issue that occupies a great deal of my time. When two of their members received Communion at a Catholic church in their tacky costumes? I call that extremely offensive. The costumes themselves aren’t horrendously so, to me.

February 6, 2019
Babies, Bombs and the State of the Union
Next Post 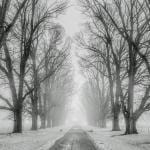